A 92-year-old RAF veteran has become Britain’s oldest paedophile to be caught by online vigilantes after trying to meet an 11-year-old girl for sex.

Ivor Gifford, of Abertillery, South Wales, faces jail after learning how to use internet chatrooms to meet young girls for sex.

He was trapped by The Hunted One, a group aiming to catch child groomers by creating fake social network profiles.

Gifford told police after his arrest: ‘I hope I die before this is out. I know how my family will react.’

A court heard Gifford began talking to what he thought were two girls named Jessie and Jodie, aged 11 and 12.

Within just half an hour he began talking about sex and tried to meet Jessie, telling her to ‘wear something sexy’.

Newport Crown Court heard that over several weeks, he sexually groomed her and sent over explicit photographs of himself. But unbeknown to Gifford, he was actually speaking to members of The Hunted One.

He was confronted by the group when he arrived to meet the fictional girl at Llanhilleth train station near Abertillery.

It was filmed and the court was shown him arriving at the railway station in a taxi when he is called over by the hunters.

One of them can be heard saying to Gifford: ‘You’re 81 years older than this child. We catch a load of guys – you’re the oldest, it’s unbelievable. When we found out your age, we were shocked.’

The video clip ends with police arriving and leading Gifford into their car.

Prosecutor Owen Williams said: ‘He was persistent in his attempts. In over 100 pages of messages, you will see that the vast majority refer to a sexual act.

Mr Williams told how The Hunted One create the phoney profiles but never begin conversations themselves and instead wait for others to speak to them first.

The court heard group members Daniel Cook and Andy Bradstoc ‘set up in 2015 with the aim of raising awareness of online grooming, exposing those who engage in such behaviour, and reporting them to the police’.

Mr Williams said: ‘They placed profiles of “children” on various chat websites. Though a photograph and a name is given, the child does not exist. These are fake profiles.’

Mr Williams said they do not instigate conversations, but reply with a message mentioning the child’s age when someone gets in touch. 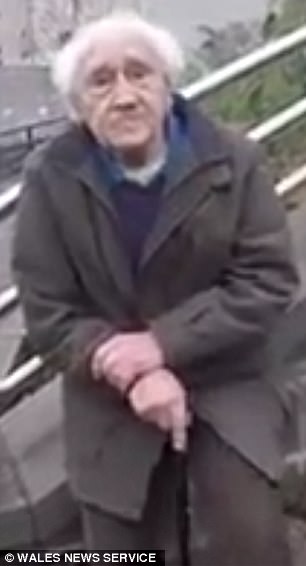 He said: ‘They do not instigate conversations of a sexual nature but wait for the “contacter” to do that.

‘He then went a stage further, having groomed online he made arrangements to meet her,’ said Mr Williams.

‘Directing a child, who doesn’t know how to get from Cardiff to Abertillery, how to get a bus then a train.’

Mr Williams said the purpose was to ‘potentially sexually abuse or exploit’ a child for sex.

Gifford denied two charges of attempting to incite a child under 13 to engage in sexual activity, and attempting to meet a child following sexual grooming.

The former RAF man began to use the internet two years ago to find a housekeeper after his wife, 68, died died in 2014.

He said he was ‘lonely’ and learned to use the chat sites to meet people to talk to.

He said that he believed the girls to be much older – but a jury rejected that and found him guilty. Gifford was remanded in custody and will be sentenced on June 2. 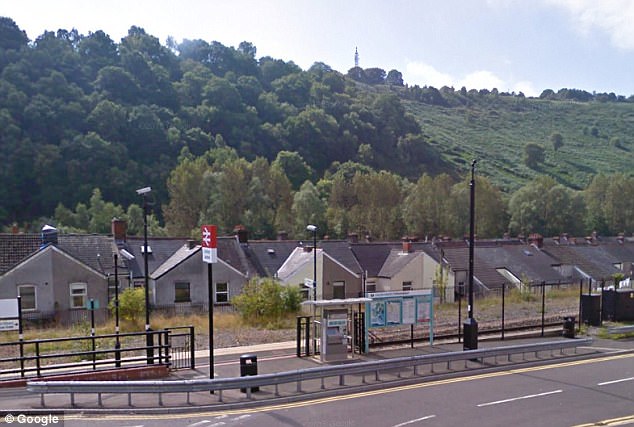 After the case, Detective Superintendent Leanne Brustad, head of public protection for Gwent Police, warned about the dangers of vigilantism.

She said: ‘Revealing the identity of suspected paedophiles gives the suspect the opportunity to destroy evidence before the police can investigate them.

‘It also leads to people who have been identified going missing or raising concerns for their safety.

‘This can divert significant resources into protecting suspects, which would be better invested in investigating and, where there is evidence, prosecuting them.’

An NSPCC spokesman said: ‘Although the children Gifford was arranging to meet were not real, the danger he poses to young children is.

‘He set out to groom girls with the intention of sexually abusing them. This kind of predatory behaviour can ruin childhoods with the devastating effects lasting into adulthood.

‘We believe that identifying offenders and investigating crimes like these is best left to the police.

‘When members of the public take the law into their own hands it can run the risk of driving offenders underground, jeopardise on-going and complex police work or result in innocent people being harassed – all of which may put more children at risk of harm.’

Protect the integrity of the Police service – Officers urged