With the position of Chief Justice expected to become vacant in a few weeks, the race for the replacement of the retiring Chief Justice, Georgina Theodora Wood, is on, as President Nana Akufo-Addo is expected to present a nominee before Parliament soon.

The President is expected to name one of the 12 Justices of the Supreme Court as the head of the Judiciary, but Jones Dotse and Anin Yeboah have been tipped as front-runners.

The longest serving Chief Justice under the fourth republic, Her Ladyship Justice Wood, who was appointed in 2007 by former president John Kufour, will step down and begin her retirement as she turns 70 on the 8th of June 2017.

The 1992 constitution stipulates clearly who qualifies to become a Chief Justice. Article 128 clause 4 states that, ‘A person shall not be qualified for appointment as a Justice of the Supreme Court unless he is of high moral character and proven integrity, and is of not less than fifteen years’ standing as a lawyer.’

The constitution also gives the power of appointment to the president in article 144 clause (1)  when it said “the Chief Justice shall be appointed by the President acting in consultation with the Council of State and with the approval of Parliament.

With a background on who appoints a CJ and who qualifies to be CJ laid out, it can be easily concluded that any of the current Supreme Court Justices could emerge head of the Judiciary.

Any of the above persons thus stands the chance to become the next fourth most powerful person in Ghana.

Justice Jones Mawulom Doste who was born in 1953 in the Volta Region, graduated from the University of Ghana, Legon in June 1976 with a  Law degree.

In 1978 he was awarded a BL certificate in law from the school of law and was called to the bar in November of  the same year. He worked as a state attorney after being called to the bar and left after three years into private practice where he worked for twenty years.

During this period of practice at the bar, Justice Dotse held many positions, rising to become president of the Volta region bar association. He also specialized in Alternative dispute Resolution (ADR).

In 2002, he was appointed to the bench as a high court judge where he served for seven years. During his time at the High Court, one of the major cases Justice Dotse sat on was the MV Benjamin case involving Kwabena Amaning aka Tagor and Alhaji Issa Abass who were on trial for a drug-related offence.

He was in 2008 elevated to the Supreme Court. Justice  Dotse since then has sat on many high profiled cases including the election petition in 2012. He also presided on the suit of the  State against Alfred Woyome and Waterville, where in his judgement he stated that, Mr Woyome and Waterville appeared to have “entered into an alliance to create, loot and share the resources of this country as if a brigade had been set up for such an enterprise”.

That quotation later became very popular amongst opposition NPP members ahead of the 2016 elections. He was also on the panel which heard the suit where a former PNC youth organizer, Abu Ramadan, was seeking a court order to declare the voter register as null and void, few moths to the 2016 elections.

On that case, Justice Doste recused himself from an application seeking further clarification on the judgment of the court in the case, after he made some comments in relation to the matter.

Justice Anin Yeboah has more than 25 years experience at the Ghana Bar beginning from 1978 when  he was first called. In 2002, justice Yeboah was appointed to the bench after recommendations by the Ghana Bar Association. He served as a High Court Judge till his promotion to the Court of Appeal, and subsequently to the Supreme Court in 2008. He is a lecturer in Civil Procedure at the Ghana School of Law.

As an ardent football fan, Justice Yeboah serves on the adjudicatory chamber of the FIFA Ethics Committee, an appointment that will last for four years. 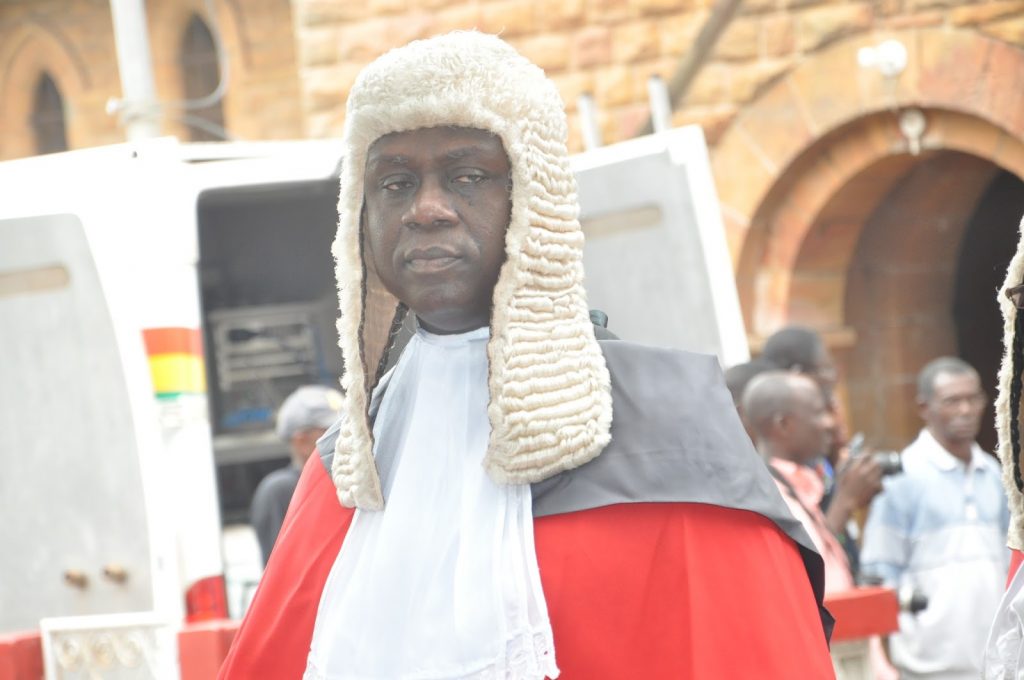 Before his appointment, Justice Yeboah had served on various judicial bodies in the Ghana Football Association (GFA), including the Disciplinary Committee and the Appeals Committee.

He also served on the Appeals Committee of the Confederation of African Football (CAF).

At the Supreme Court, Justice Yeboah has sat on a number of cases, and was part of the panel that sat on the 2012 Election Petition where he insisted that, votes in some parts of the country should be annulled due to over-voting, voting without biometric verification and non-signing of pink sheets by presiding officers.

He has also sat on the case having to do with the refund of the 51 million cedis judgment debt paid business man Alfred Woyome, and the case challenging the eligibility of the then NDC Klottey Korley parliamentary nominee, Dr. Zanetor Agyeman Rawlings, where he was the only judge  who dissented in the court’s judgment, by stating categorically that ‘the instant application brought before the Supreme Court by Dr. Zanetor Rawlings to invoke the court’s supervisory jurisdiction is a frivolous and unmeritorious one which did not merit the intervention of the highest court of the land.’

School of Surveying closed after clashes over land