A private legal practitioner and a member of the National Democratic Congress (NDC), Abraham Amaliba, has the charged the Police Administration and the Attorney General’s office to act on the new allegations made in relation to the 2015 murder of the New Patriotic Party’s Upper East Regional Chairman, Adams Mahama.

The NPP Northern Regional Chairman, Daniel Bugri Naabu, as part of the war of words within the Northern Region NPP, alleged that, the Gender Minister, Otiko Djaba, had a hand in the death of the Adams Mahama, and Mr. Amilaba said these claims must be taken as fresh evidence in the ongoing murder case.

The lawyer noted on Eyewitness News that, these allegations, which also roped in the current Upper East Regional Minister, Rockson Bukari, in effect meant “the people who killed Adams Mahama are now known according to Bugri Naabu.”

“We cannot just allow this to go and say they were said at the time people were angry. It is about ensuring that the family of Adams Mahama gets justice and so I am calling on the IGP and the AG to quickly invite these persons so they can get to the bottom of this matter,” Mr. Amaliba said.

Adams Mahama was attacked with acid on May 20, 2015, and he died after sustaining extensive acid burns and acute respiratory distress syndrome, according to the autopsy report.

Gregory Afoko, younger brother of suspended NPP Chairman, Paul Afoko, is currently being held on the charges of conspiracy to commit a crime to wit murder and murder of the late Adams Mahama. 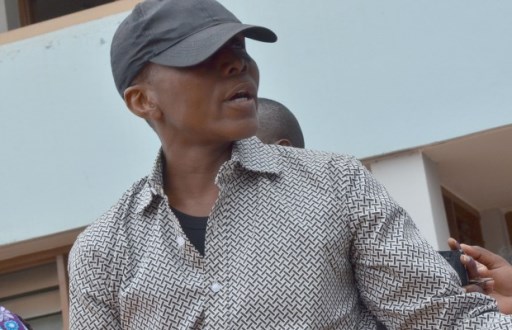 But Mr. Amaliba noted that these new revelations could bode well for the main suspects given that “those in court now have maintained that they have been used as scapegoats. What we are hearing from Bugri Naabu now is to the effect that the actual perpetrators are known.”

He further reminded that “when the matter is in court and the trial is ongoing, it doesn’t mean investigations come to a halt as the police can continue to conduct investigations and when they stumble on fresh evidence, they can introduce it court.”

Scrap dealer killed by robbers in broad daylight at Tema