In an interview with the Chairman of PPA Greater Accra Caucus, Mr. Ebenezer Osei Kofi recommended that people should find time to exercise to save themselves from stress and depression. 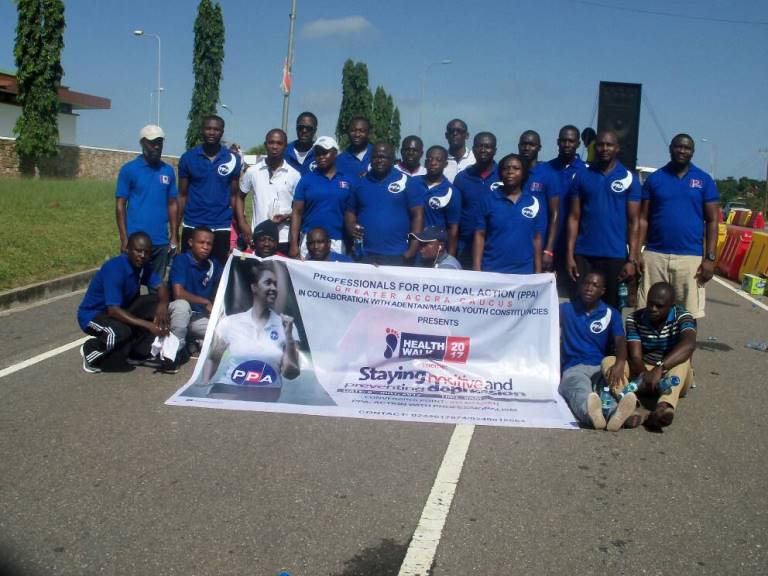 He stated that the 2016 campaign for change still persist but now they are campaigning for a positive attitudinal change at the public and private institutions which will help increase growth.

Mr. Osei Kofi added that PPA’s main motive now is to help the current government achieve its agenda and policies.

For his part, Deputy National NADMO Director, Mr. Kwabena Denteh also expressed concern over the rate at which suicide keeps increasing in Ghana and added that stress could be a contributing factor.

“Again, PPA does not want to be known only when there is an election, through health exercise we are also demonstrating to people that we still exist”.

He advised that we must be each other keeper and this will help reduce the rate of suicide in our society.

‘It was a slip of tongue’ – Bugri Naabu apologizes to Minister