Deputy Energy Minister, Dr. Mohammed Amin Adam, has charged the National Petroleum Authority (NPA), to withhold the license of the gas distribution company whose “negligence” resulted in the Takoradi Gas explosion which left 152 persons injured on Tuesday May 9.

The explosion, according to eyewitnesses, was caused by the leakage of the gas which was being supplied to GHUMCO.

A first stationary gas tank exploded, injuring firefighters who were at the time trying to bring the situation under control.

A second explosion; which was from the very vehicle discharging the gas, was huge such that, the tanker divided into two with huge inferno and heat travelling through the atmosphere for over 100 meters before landing in a nearby lagoon.

Two nearby warehouses full of different food items were also razed by the inferno.

After visiting the victims and the accident scene, Dr. Amin Adam noted that, the company must be appropriately sanctioned. 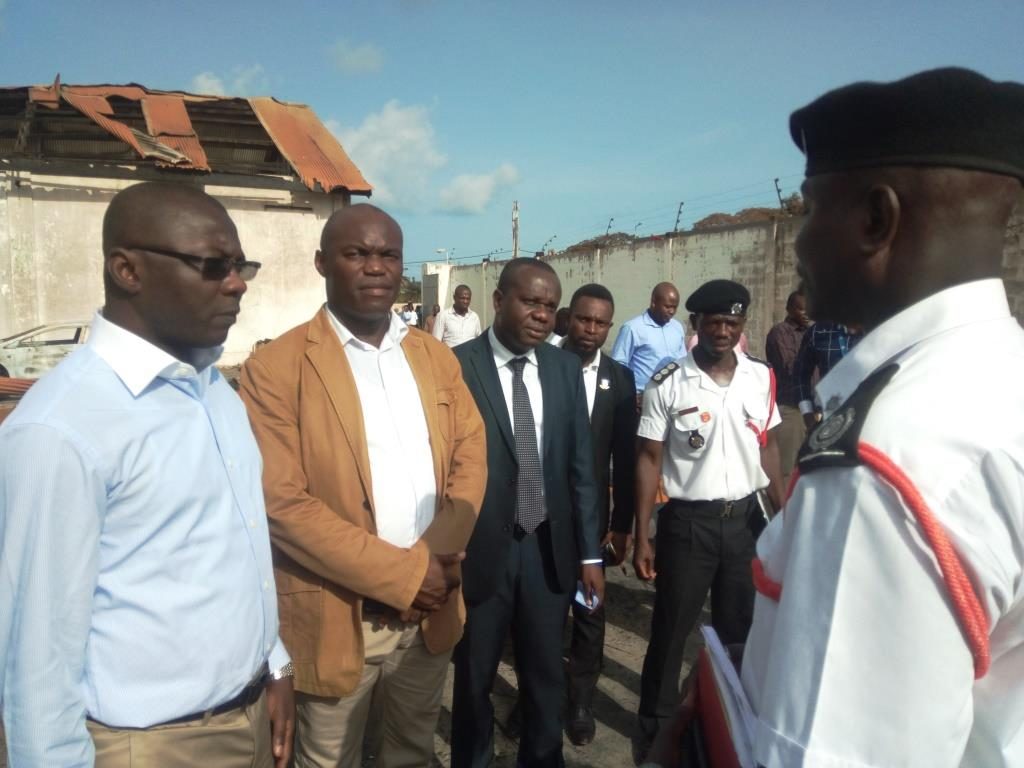 He said “I want the NPA to consider withdrawing the license of the OMC because many a time when they continue to hold their license, they find ways to do the same business elsewhere and therefore the punishment and the sanctions does not become punitive enough because they would find a way to operate with the same license.”

He added that, government will no more entertain any form of negligence on the part of fuel distribution and pump stations that result in injuries and deaths.

“This is a new regime, a new ways of doing things and I believe that Ghanaians, especially managers of such important facilities will sit up and begin to know that government will not take lightly any form of negligence and non-compliance with regulations that would lead to the death of people or injuries.”

Meanwhile, Dr. Amin has also announced government’s decision not to foot the medical bills of the injured in mass accidents such as the explosion.

He said the companies involved would be forced to bear such cost henceforth
–
By: Obrempong Yaw Ampofo/citifmonline.com/Ghana