The Paramount Chief of the Bawku traditional area, Naba Asigri Abugrago Azoka II, has pledged the unflinching support of his traditional area to the Akufo-Addo government to successfully execute its development agenda.

Naba Azoka II lauded President Akufo-Addo for continuing certain projects of the previous government especially the Bolgatanga-Bawku-Pulmakom road and the Temmne dam among others.

Nana Azoka II disclosed this when the Upper East Regional Minister, Rockson Bukari paid a courtesy call on him.

“What gladdens my heart is the government’s plans to support Agriculture, particularly Dam constructions and subsidizing fertilizers for farmers.

I appeal to government to ensure that subsidized fertilizers get to the farmers early enough for them to take advantage of the early rains this year and improve upon their crop yields. We thank government for these laudable ideas.

But most of the roads leading to the markets and farming communities are not accessible enough to assist businesses to thrive and for easy carting of goods and foodstuffs to the urban centres. I, therefore, appeal to government to consider rehabilitating existing roads and open up new roads to ensure easy transportation within my traditional area,” Naba Azoka stated. 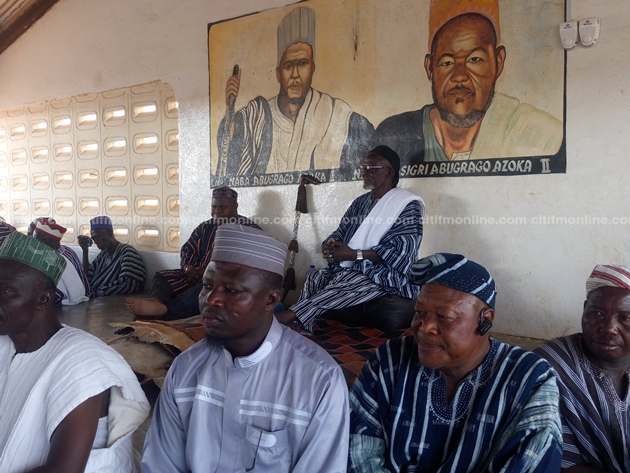 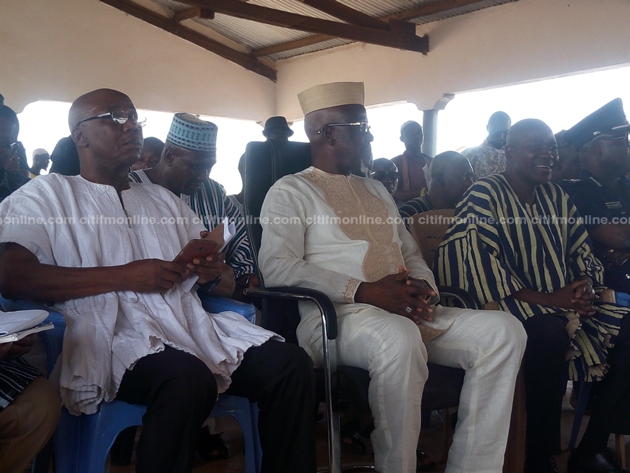 He also appealed to government to connect the remaining communities within his traditional area to the national grid to boost businesses.

He impressed on all citizens within his area to eschew all forms of violence and forge for development.

For his part, the Upper East Regional minister Rockson Bukari assured Naba Azoka of the NPP’s government’s commitment to dealing with urgent needs of the people and giving the traditional area a facelift with numerous pro-poor policies.

He said, government will do everything within its power to ensure sustainable peace in Bawku.

Mr. Rockson appealed to Bawku Naba Azoka II to support government end the smuggling of fertilizers across neighbouring countries when the ‘Planting for Food and Jobs’ begins.

Jobless nurses to march to Flagstaff house to demand posting