Hundreds of residents and schools in Tuobodom, the capital of the Techiman North District of the Brong Ahafo Region, have been displaced following a downpour that hit the area on Wednesday.

The heavy rains accompanied by strong winds and thunder, left in its wake, the destruction of property with school buildings being the worst hit. 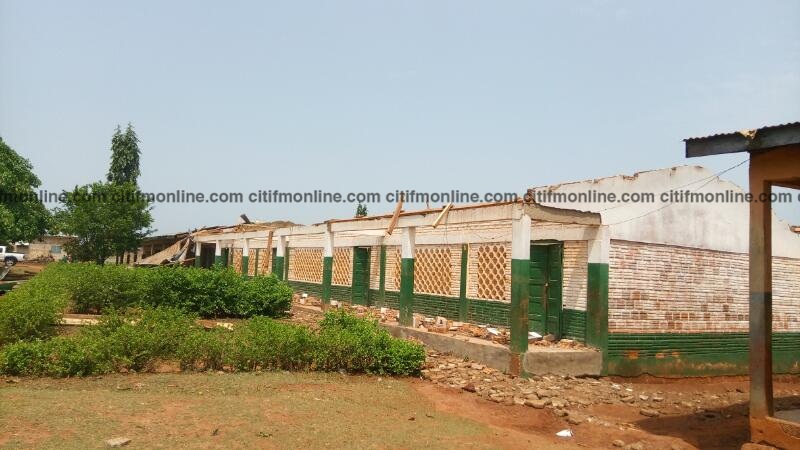 The worse affected school was the Roman Catholic Primary and Junior High School (JHS), which had the entire roof of the kindergarten and JHS block ripped off, forcing authorities to close down the school.

The only Senior High School in the capital, Tuobodom SHS, was not spared. Its store rooms, dining hall, kitchen and 6 classrooms, also had their roofs ripped off, with cracks left on the building.

The school has since asked first and second-year students to go home, while only final year students are allowed to stay on the school’s premises ahead of their West African Senior School Certificate Examination (WASSCE).

The Assembly Member for the Bompata Electoral Area, Nicholas Sarkodie, told Citi News the situation has brought hardship to the affected victims and called on stakeholders to come to their aid. 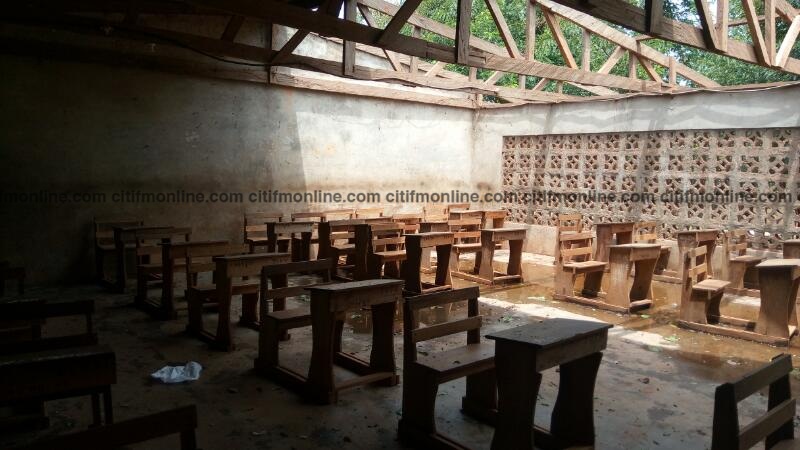 Meanwhile, the District officer of the National Disaster Management Organization (NADMO), Frimpong Agyeman Ameyaw, has said that over 20 houses have been affected with properties such as clothing, mattresses, foodstuffs, electrical appliances including fridges and televisions destroyed. 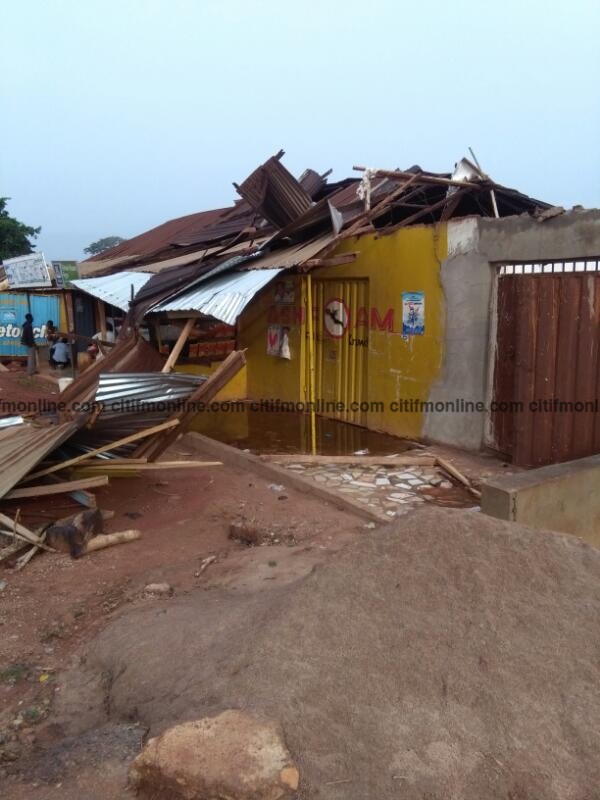 He said an assessment visit to the Tuobodom SHS revealed the need for temporary structures to ensure that teaching and learning continues in the school.

He therefore called for assistance from the regional NADMO office, the Member of Parliament (MP) and government, to assist his outfit, which is under-resourced to help address the situation.