Following the Ministry of Lands and Natural Resources’ declaration of a 21-day ultimatum to all illegal miners to cease their operations and surrender their equipment, a number of significant actions have taken place.

These actions form part of concerted national efforts to root out the illegal mining menace that has devastated the country’s environment.

The infographic below details the key actions that have happened within the 21-day ultimatum period.

The key actors as shown in the image include the Media, Judiciary, Security agencies and the Ministry. 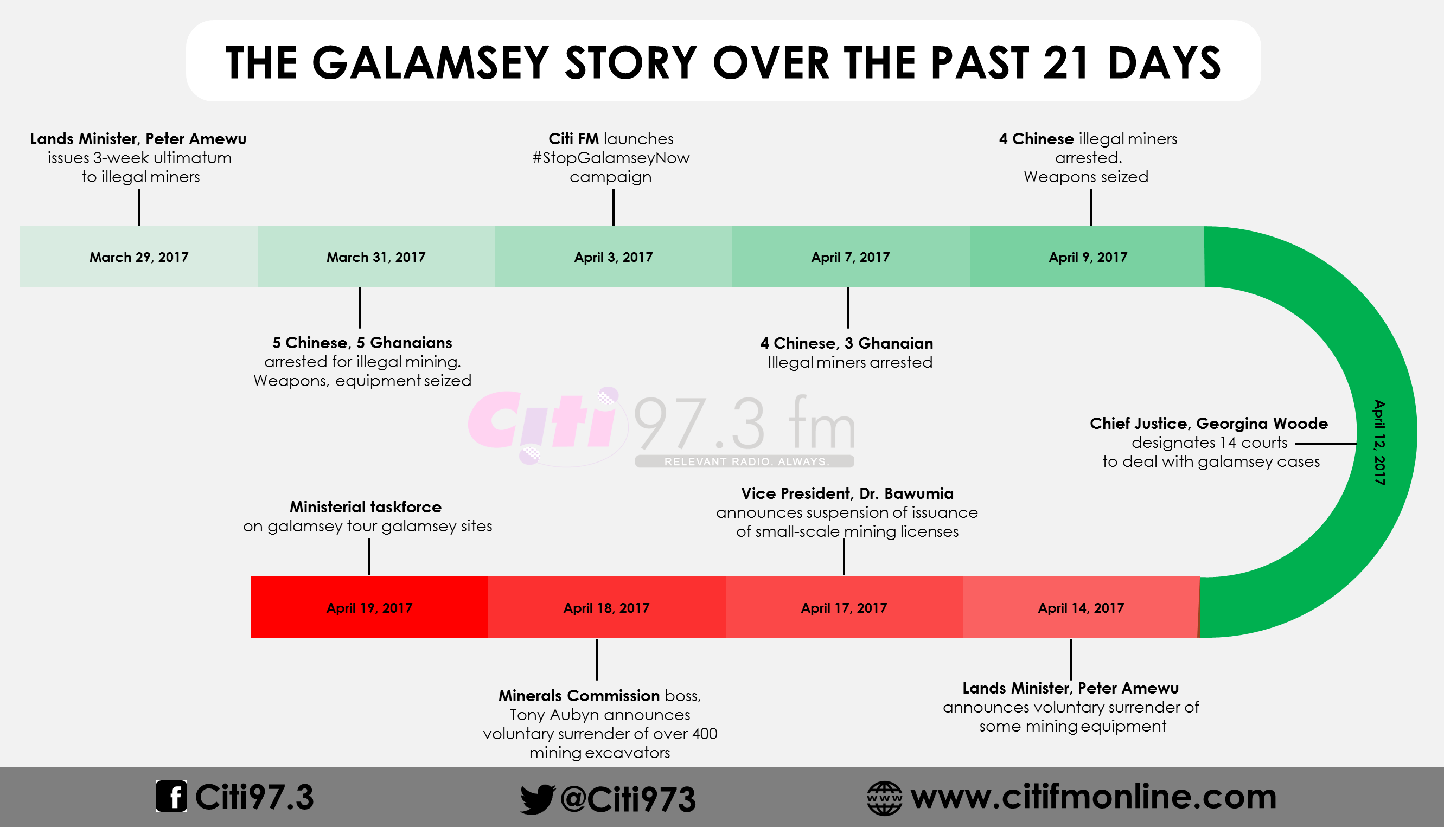 Many communities in Ghana are currently suffering the negative effects of galamsey which has left most of Ghana’s fresh water poisonous.

Citi FM has been at the forefront of media advocacy and crusade for action against the illegal activity.

The station has among other things petitioned parliament to act to stop the illegal activity.

It is unclear what government’s next line of action is with regards to completely addressing the problem.