Audiences are getting their first look at The Last Jedi, as a trailer for the Star Wars film is released online.

The movie follows on from The Force Awakens and will feature the late Carrie Fisher as General Leia Organa.

Many fans pointed out that it looks like, for a brief moment, Fisher makes an appearance in this new footage.

The trailer was unveiled at a Star Wars celebration in Orlando, Florida and amassed thousands of views online in just a few minutes.

A new poster has also been presented to the public, which includes images of Mark Hamill (Luke Skywalker) and Daisy Ridley (Rey).

While the trailer might have given fans a peek at the new film, it’s also left them with more questions than answers.

Audiences get a glimpse of Rey’s Jedi training and Luke’s instruction.

“Breathe. Just, breathe. Now reach out. What do you see?” Luke says in a voiceover.

“It’s so much bigger,” he replies. 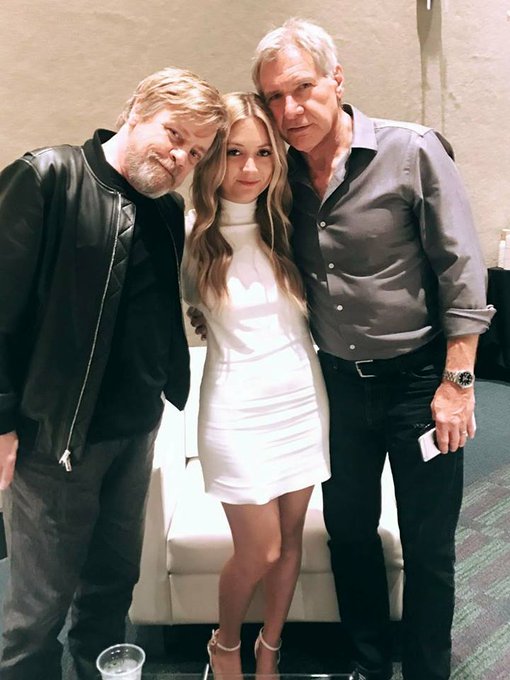 Mystery surrounds the identity of Rey’s parents and many fans have speculated that Luke is her father.

Carrie Fisher died in December 2016 but had shot all her scenes for this Star Wars instalment.

It’s thought producers may use some of this material in the ninth Star Wars film.

The Last Jedi will be in cinemas on 15 December.

We need leaders to walk the talk; not hope messages – Nduom