An Advisor to the Governor of the Central Bank of Ghana,  Catherine Ashiley, has said the novelty which went into the production of the commemorative new GHc5 note has won the admiration of many countries in the world.

The latest GH5 note, which was printed this year, and circulates alongside the existing GHc5, was for the Bank to mark 60 years of its establishment on 4th March 1957.

The new notes came with unique features, which according to Catherine Ashiley meets the requirements of modernism bank notes. 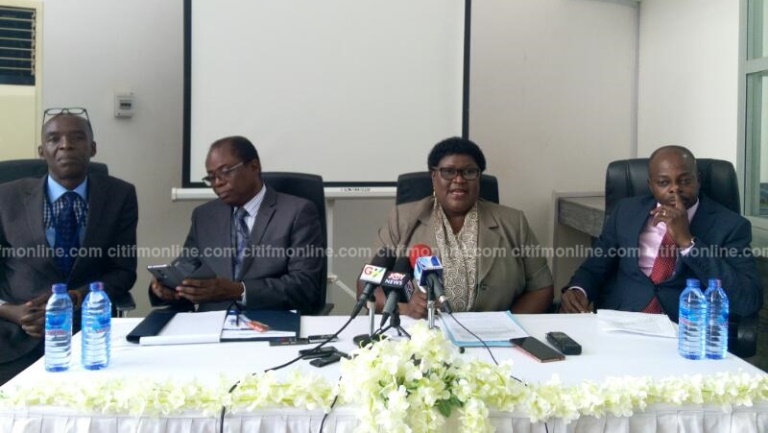 The new note has a security thread which when tilted; the Black Star motif makes a pulsating motion, while the white figure 5 on the ribbons stays still.

[contextly_sidebar id=”bcIX41GYzgalS3plYe7bwULUKudLq0DD”]The note for the first time has a QR Code; readable by a mobile phone app, which when scanned leads you to the official website of the Bank of Ghana where details of the note are explained.

She said aside engraving some of the best security features to prevent counterfeiting; the notes have been made much user friendly, especially for the visually impaired with the re-positioning of the blind feature to the sides.

The blind feature on the sides came in the form of tactile marks, paired in groups of three. The three marks and three groups she explained, denote the new bank note as the third denomination printed by the Central Bank in the series of denominations.

Speaking at the sensitization forum on the new notes in Hohoe, the Adviser called on Ghanaians just as demonstrated by citizens of other nations, to appreciate the efforts that went into designing of the new notes and keep them clean always for transactions.

Commemorative Bank Notes are legal tenders that are issued by the state to mark a special event or to celebrate a hero.

The new GH5, which had the portrait of the famous Educationist and Missionary, Dr. James Kwegyire Aggrey engraved on it, was brought in as a one off print with a limited stock.