Members of a vigilante group affiliated to the New Patriotic Party (NPP), Delta Force, stormed the Kumasi Circuit Court today [Thursday], and freed the members of their group who were facing charges for causing disturbances at the Ashanti Regional Coordinating Council.

A reporter who was in court told Citi News that the group vandalized some court properties, and almost assaulted the Judge, Mary Senkyire.

[contextly_sidebar id=”V2kG733EJsZuO2IULf7jfNjPAxZfYmTW”]The judge had ruled that they be remanded to appear before court on the 20th of April, 2017 after charges of conspiracy to assault a public officer and causing unlawful damage.

The 13 were detained in connection with the group’s raiding of the Regional Coordinating Council on March 24, 2017, where they were alleged to have assaulted the newly appointed Ashanti Regional Security Coordinator, George Adjei.

According to the reporter, the judge stood in shock at the group’s behaviour, and was on the verge of being brutalized up by the vigilante group before police intervened and ushered her into her chamber.

No arrest has as yet been made in connection with the court disturbances, although some police officers were present at the Court.

Slap in the face of Nana Addo

This latest incident involving the Delta Force, will come as a slap in the face of President Nana Akufo-Addo, who was on a tour of the Ashanti Region just this past weekend, where he assured that the rule of law will work without “fear or favour”  when he appeared before the Asantehene, Otumfuo Osei Tutu II.

President Akufo-Addo also assured the Asantehene that, his government was working to quell similar incidents of vigilante action. 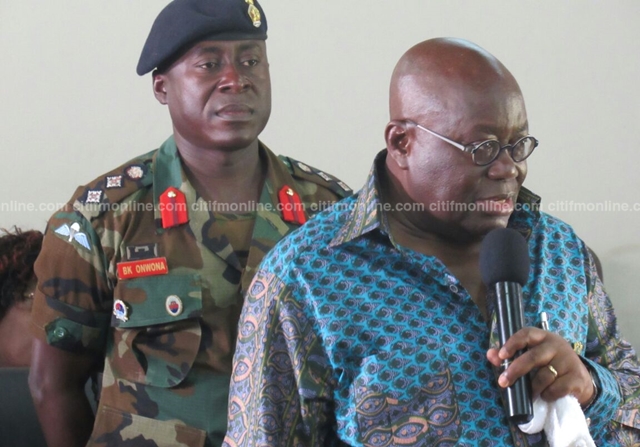 As the tensions simmered, President Akufo-Addo subsequently summoned the Ashanti Regional Chairman of the NPP, Bernard Antwi Boasiako, to answer to the circumstances that led to the raid.

But there has been some concern and criticism towards Nana Akufo-Addo’s administration over the perceived laxity towards dealing with pro-government vigilante groups, which have been involved in a number of raids on government institutions since the NPP won the 2016 elections.

Some social commentators have expressed disappointment in government’s inability to deal with such vigilante groups in the country.

It has been suggested that, the uncontrolled activities of vigilante groups are slowly turning Ghana into a lawless land in the name of political expediency.

GWCL begins e-billing, paper bills to be phased out