The Eastern Regional Minister, Eric Kwakye Darfour has endorsed  Citi FM’s campaign against the menace of illegal mining in the country dubbed #StopGalamseyNow.

He said the campaign was a worthy cause that needed to be undertaken to protect the country’s environment.

“In fact you guys at Citi FM are doing a great job. This your campaign is a very good initiative and it comes at a time when almost all our water bodies and farm lands have being depleted due to Galamsey activities,” he said.

The minister made the comments when some members of the #StopGalamseyNow campaign team from Citi FM paid a courtesy call on him on Friday [April 7] at his office at the Regional Coordinating Council. 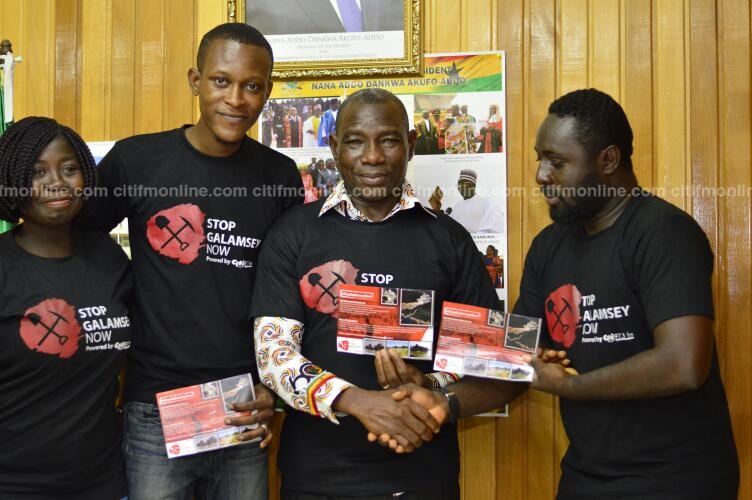 The minister, who doubles as the member of parliament for the Nkawkaw Constituency passionately condemned politicians and traditional leaders who sponsor the activities of illegal miners.

He said “it is a shame that some politicians, Chiefs and other powerful people in the country are behind the activities of this illegal miners”.

He further added, “Growing up as a child we use to hear that some neighbors had gold in their family but they never mined, I have never heard of any gold road in my life, all we hear is cocoa roads here cocoa roads there. This country has benefited from cocoa but what benefits have we seen from areas and regions where companies have been given license to mine, is only poverty, depleted lands and water bodies we know of about mining areas” 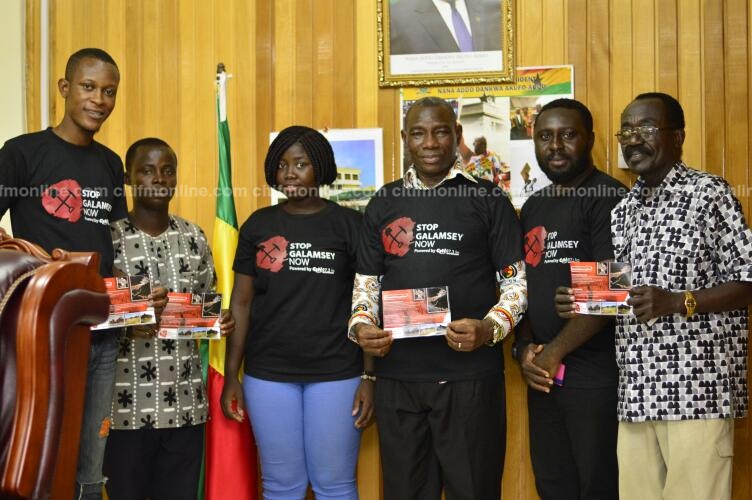 He rallied support for the campaign and noted that various stakeholders including chiefs, politicians, pastors, teachers and other well-meaning Ghanaians needed to come on board to end illegal mining.

Meanwhile, Citi FM’s #StopGalamseyNow campaign team in the Eastern Region toured some mining sites at Bunso, Osino, Kwabeng, Anyinam and Kyebi last week and shared fliers and t-shirts to residents while engaging some illegal miners as well duty bearers on how to curb the menace in the region.

The move was part of the larger campaign to impress upon government suspend all small-scale mining activities to enable and audit of the entire mining sector to help sanitize it and address galamsey.

Kwaku Sakyi-Addo to serve as NCA board chair