Gold Coast, a subsidiary of Groupe Nduom, has put a smile on the faces of the children’s department of the Accra Ridge and the Accra Psychiatric Hospitals.

Donating the items, the Chief Executive Officer of Gold Coast, Kwame Ofori Asomaning, said that they were aware of the difficulties that the hospital, especially the children’s department were saddled with.

He said it was a culture of Groupe Nduom to assist such facilities, particularly those providing special services to people. 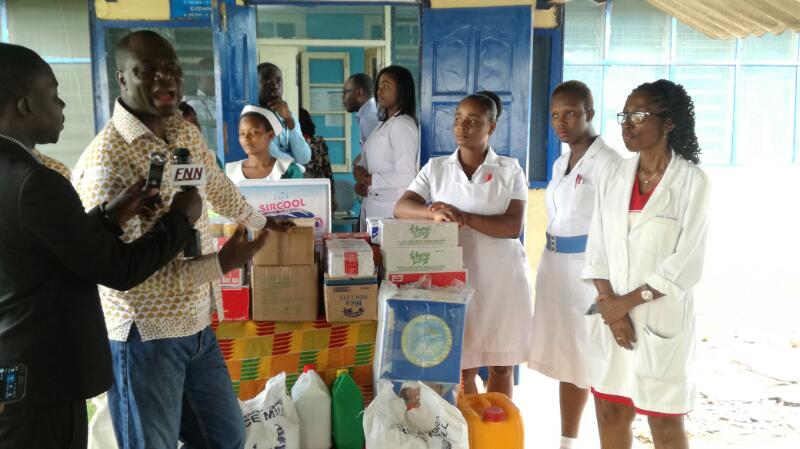 Mr. Asomaning promised the hospital that “it would not be a one-off gesture, but rather the beginning of the company’s continuous support.”

He noted that, GN Foundation, another company under the umbrella body – Groupe Nduom, paid special attention to needy facilities, and that the Ridge Hospital would be one of the beneficiaries.

At the tour of the children’s department of the hospital, he expressed dismay about the conditions the children are subjected to, because of inadequate resources to give them best of services.

Receiving the items on behalf of the Unit, Dr. Nana Sereboe, who expressed delight about the gesture, mentioned that “it’s motivating to be assisted at this period, because a lot of people are at the comfort of their homes and families, but health workers have chosen to save lives during the same festivities.”

She said the donation would be put to good use by using it to the optimum benefit of the children, contrary to perceptions that such items would be used by the health workers themselves.

Meanwhile, at the Accra Psychiatric Hospital, the same items and cash were donated, but there was also clothing for the inmates.

Receiving the donation, the Deputy Director of Nursing Nurses, Dr. Emmanuel Pappoe, revealed that the facility is distressed, and called on philanthropists and other corporate bodies, to support them regularly.

He said government’s annual subvention was inadequate to cater for the inmates, whose needs are always unmet.

Dr. Pappoe also said that, out of the current number of 420 inmates, only a handful of families visit their patients.

He lamented that, some people also gave them wrong telephone numbers and home addresses, so they were unable to get in touch anytime they need them.