Residents of Awutu Dodukwa in the Awutu Senya West District of the Central Region, could not hide their joy on Easter Monday after the first bore hole project was commissioned for them.

The residents, numbering about 300, have not seen potable water in the farming community since independence.

The Member of Parliament for the Awutu Senya West Constituency, George Andah, in collaboration with Milani Pineapple Company Limited, constructed a mechanized borehole For the residents of Awutu Dodukwa. 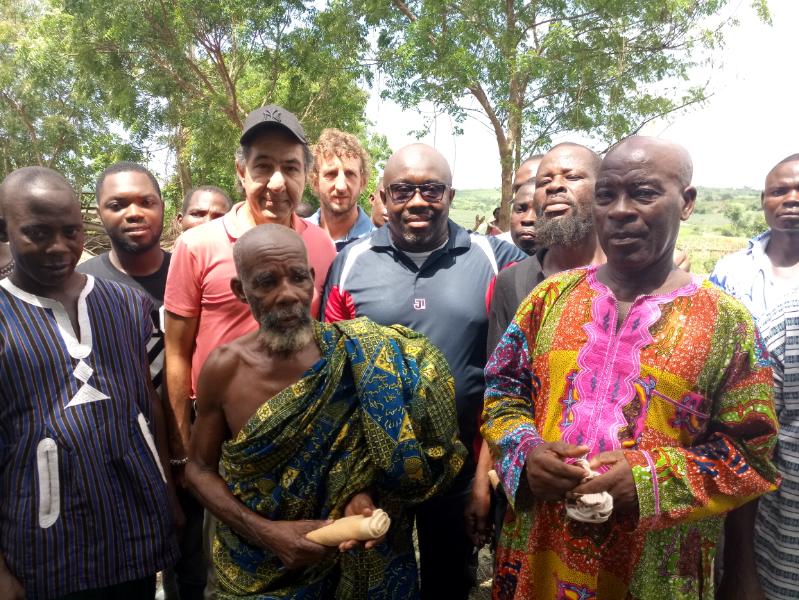 Commissioning the GHc15, 000 water project at Awutu Dodukwa on Monday, the MP for the area, George Andah, said the project would improve his relationship with the farming community.

This he said would open the way for the community to see many infrastructural developments in the coming months.

The MP, who’s also the Deputy Minister for Communication, urged the chiefs and opinion leaders of Awutu Dodukwa to ensure periodic maintenance of the project in order to sustain it for the next generation.

For his part, the Managing Director of Milani Pineapple Company Limited, Bijean Milani, said the water project was done as part of the company’s cooperate social responsibility, which is aimed at providing portable water to all the deprived communities in the company’s catchment area.

According to him, providing water for them would also encourage the over 200 workers of the company who leave in such underdeveloped communities.

Nenyi Kweku Adawu I, the Chief of Awutu Dodukwa on behalf of the residents, expressed his profound gratitude to the MP and the Milani Pineapple Company for the kind gesture.

VW plans to launch electric car in China next year