A 32 year old painter, Mawunyo Atoklo has won the first out of six brand new cars in the “Paint Your Dream into Reality promotion” by Coral Paints Ghana.

Mr Atoklo won the price after he found a dummy key in one of three pails of Coralatex he bought. 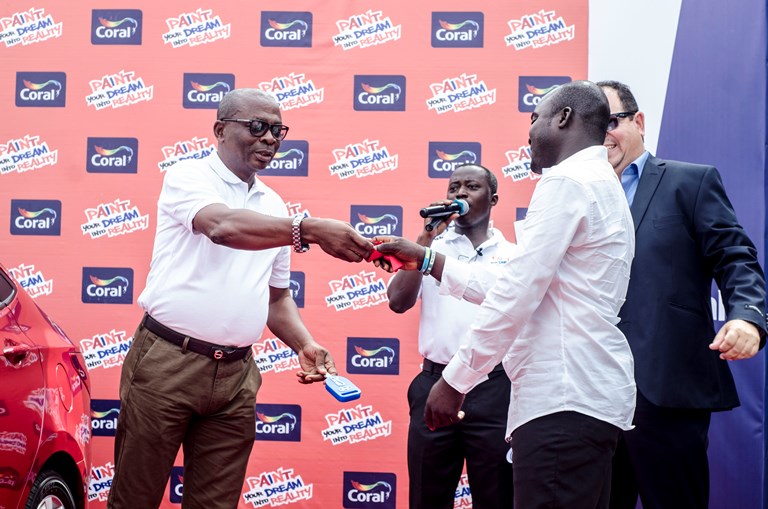 The Hyundai Accent salon car was presented to Mr Atoklo by the General Manager of Coral Paints Ghana, Yaw Bonnah-Sarpong on Thursday at the Coral Colour Centre in Accra.

In an interview, the elated winner said “I had a dream of winning one of the cars after I heard about the promotion. The next morning, I went to the showroom to buy paint for a job I had and God being so good, I found the dummy key in one of the pails.” 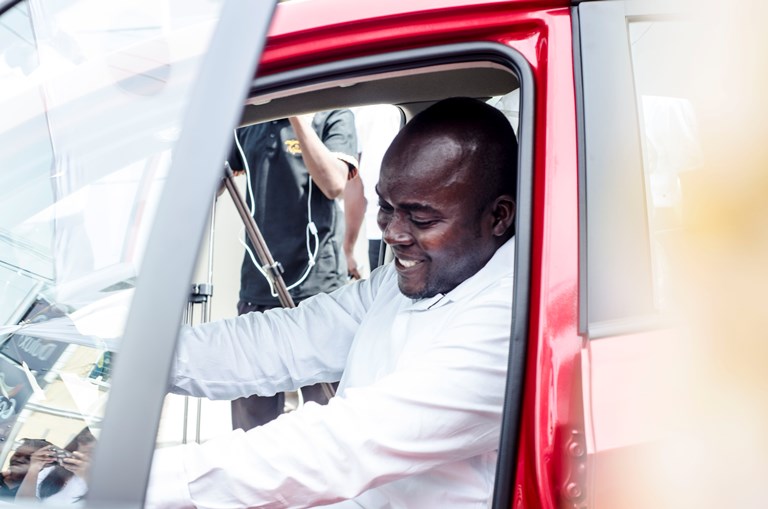 He also urged everyone to purchase coral paints and participate in the draw to “Paint Your Dream Into Reality.”

In his remarks, General Manager of Coral Paints Ghana, Mr Bonnah-Sarpong said the promotion is the company’s way of showing gratitude to customers by rewarding them for their loyalty.

“Who wouldn’t like to win a car and save some money as well?”

The Paint Your Dream Into Reality Promotion is the company’s third campaign since 1995.

The company first presented a brand new house in 1995 followed by an all-expense paid trip to Brazil for the world cup in 2014.