Barrow to Nana Addo: ‘Thank you for helping Gambia’ [Photos]

Gambian President, Adama Barrow, has thanked President Akufo-Addo for his support in restoring democracy in The Gambia. 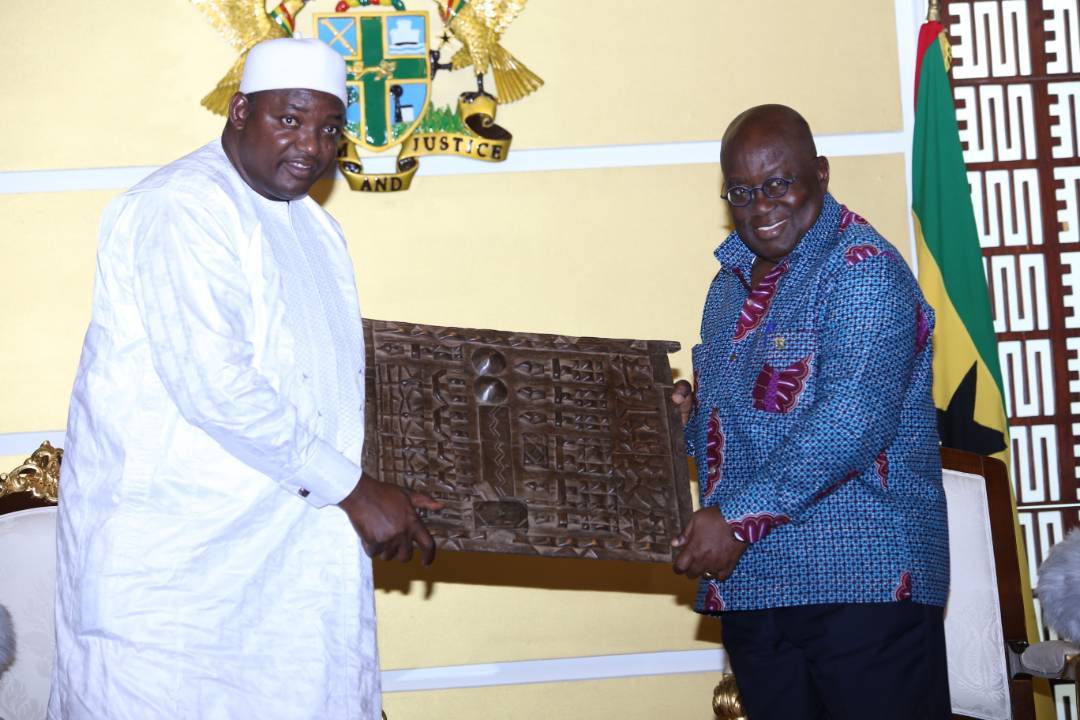 Mr. Barrow is in Ghana for a day’s visit.

Mr. Adama Barrow, during bilateral talks with Nana Addo, expressed his gratitude to the latter for the support during the post election impasse in The Gambia, saying :”I am pleased to come and visit you in Ghana as President, as a brother and as a friend…We all contested elections at the same period, we all won the election as opposition candidates, and both incumbents lost the fight…My message is to come and say thank you.” 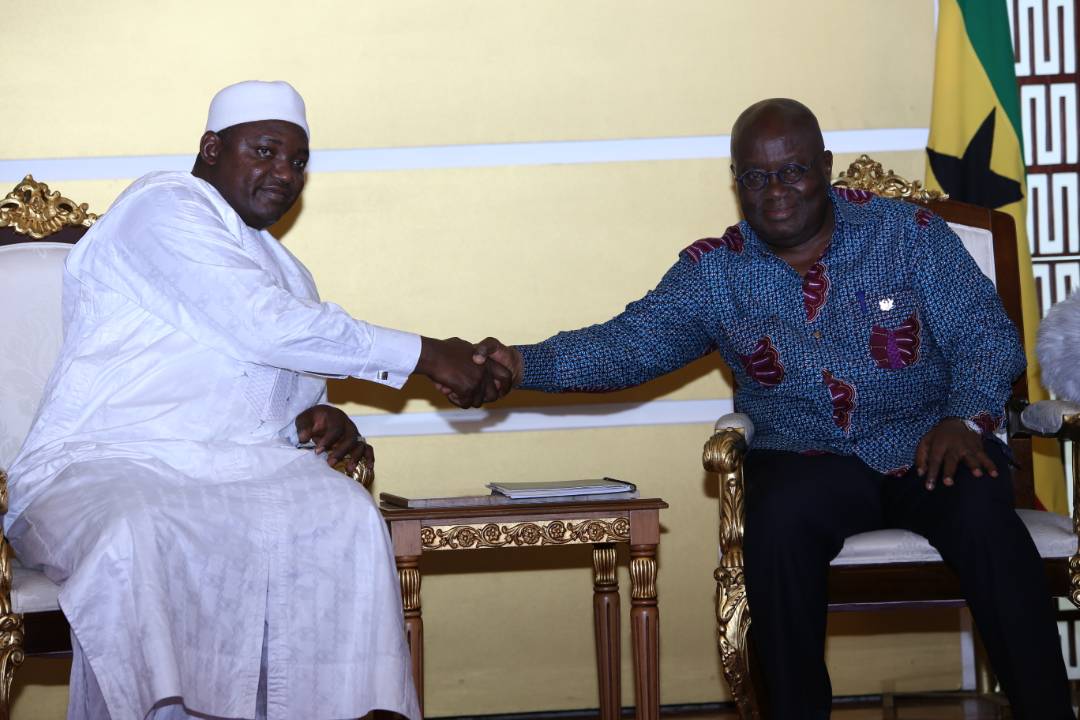 “We have a proverb that if you want to visit a farmer and you want to thank him for a remarkable job, you have to visit him at his or her farm and that is why I am here today. The most interesting is the ECOWAS Head of States including yourself and Ghana intervened in The Gambia….,” Mr. Barrow added. 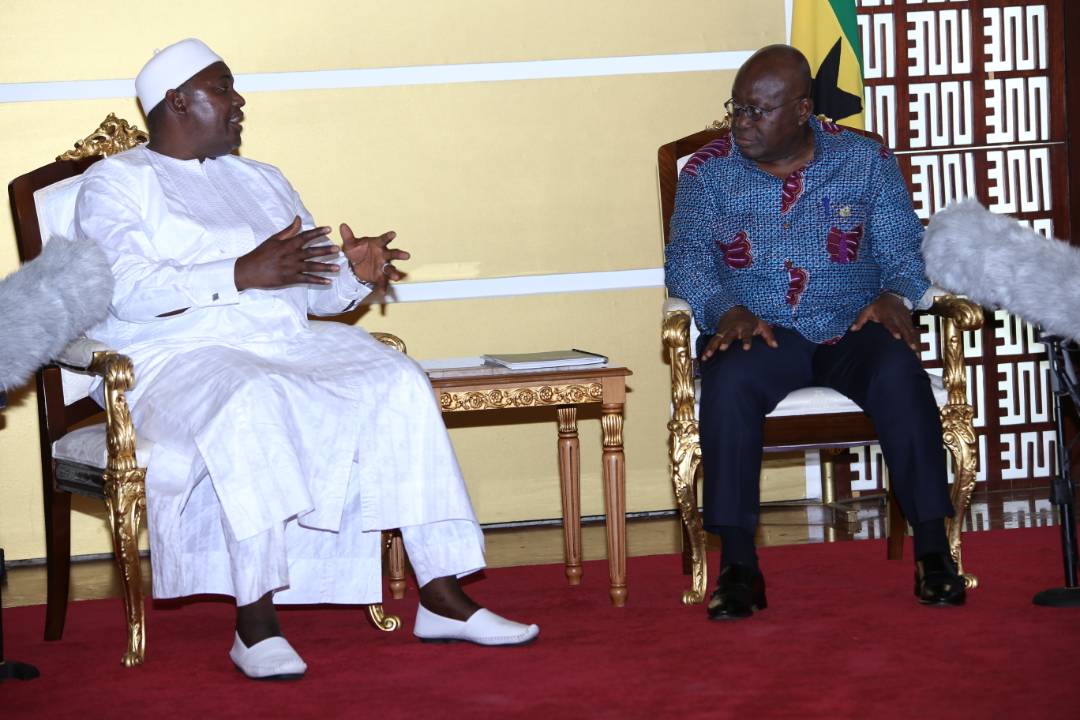 There had been heightened tensions in The Gambia, after long-time ruler Yahya Jammeh, rejected the results of their December 1, 2016 election, weeks after he had conceded defeat to the opposition leader, Adama Barrow.

Yahya Jammeh eventually stepped down under pressure from ECOWAS and the AU.

President Nana Addo for his part, expressed joy over Mr. Barrow’s visit, saying “It is a joy for us to see you here with us in Ghana. I will always have you closely associated in my memory because one of the first important decisions I had to take when I became President was about The Gambia. And that was the decision I made to support the ECOWAS military force with Ghanaian troops.”

The President explained that, he decided to support the ECOWAS mission with some 208 soldiers during the post-election impasse because “the process of democratic consolidation in Africa requires that the region’s standards will support the Gambian people.”

We didn’t know about any cocaine  – Tema Port management