The Fire Service bore the scorn of residents in and around Odawna Fitting Shop, a suburb of Adabraka in Accra, as the residents were forced to intervene when a Toyata SUV burst into flames in the middle of the street.

The residents called the Fire Service after they had alerted the driver of the car that the engine had caught fire, but it took the service about 30 minutes to reach the scene. 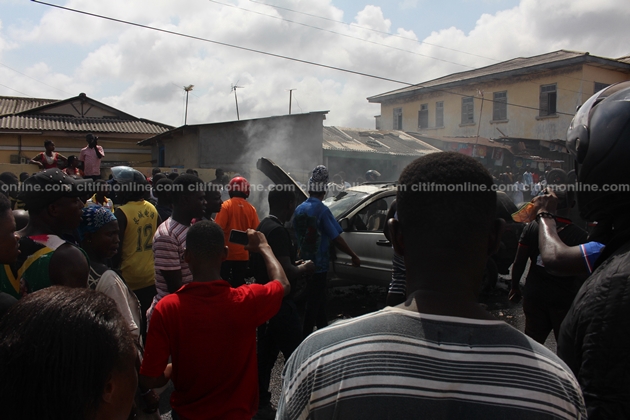 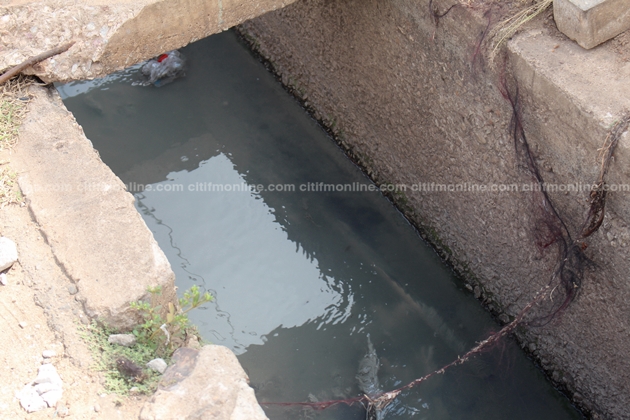 In between then, one of the residents, Freddy Reindorf, came up with the bright idea of resorting to the drain to fetch some runoff water because there was no water running through the pipes, and no one in the community was willing to sacrifice buckets of water to quench the fire of a stranger’s car.

“I entered the gutter and started to quickly fetch the water running through the drain for them. We got about three buckets. Then one other resident helped us with buckets and we got about four or five more buckets,” Freddy recounted to Citi News. 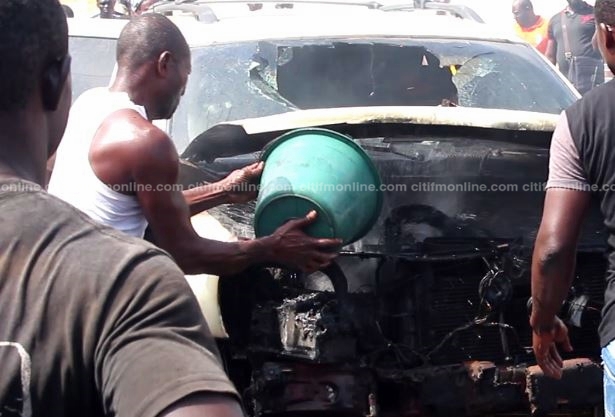 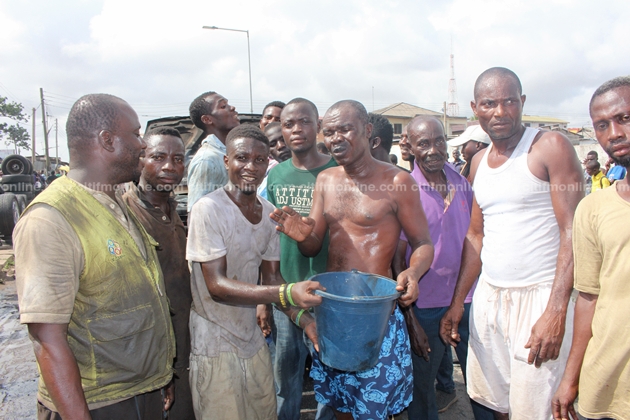 The fire started out mild, but the residents could only do so much with the slow supply of water from the drain. After about 7 minutes, there was a small explosion in the engine as the fire proceeded to spread to the rest of the car. 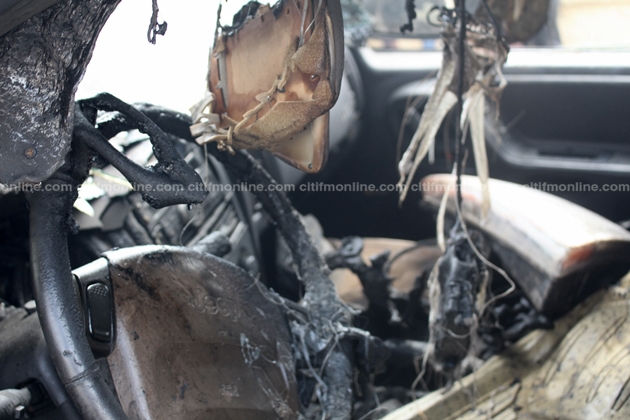 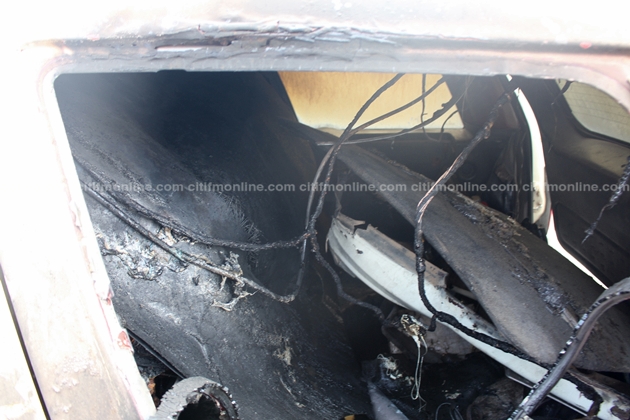 Indeed, as the fire truck’s sirens and it approached the scene, the residents started to hoot at the fire service personnel, clearly vexed at the fact they were arriving on the scene some 30 minutes after the fact. 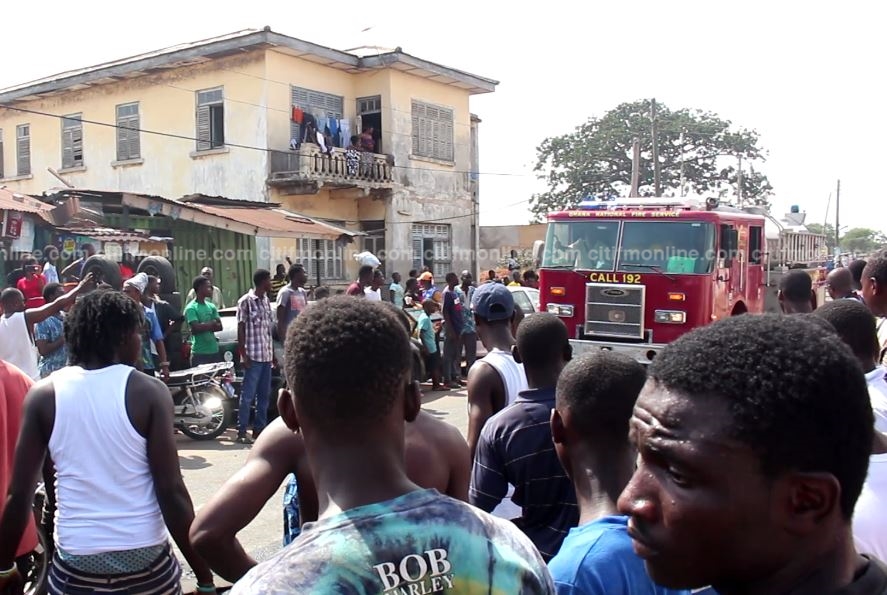 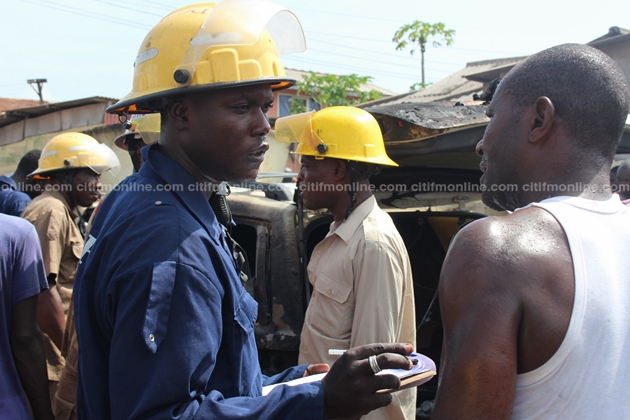 An eyewitness, Emmanuel Mantey, spoke to Citi News and voiced their concerns. According to him, he could hear people trying to call radio stations and the fire service as soon as the fire started.

“If you look at this location, I know there is a fire station at Makola and another one at Circle. Looking at the distance from there to this place, if you are driving, you should be here in 5 minutes.”

“It took the efforts of the neighbours to try and quench this fire. Indeed, the fire service is here and not a single drop of their water contributed to the quenching of this fire… There have been several complaints about the response rate of the fire service. As a nation, we should get serious and work on this thing because it could be someone else.”

“The pace at which we were getting the water to even pour on the car wasn’t that good. People were fetching the [drain] water to quench the fire. If we had a very good supply of water, this car wouldn’t have been in this state,” he narrated. 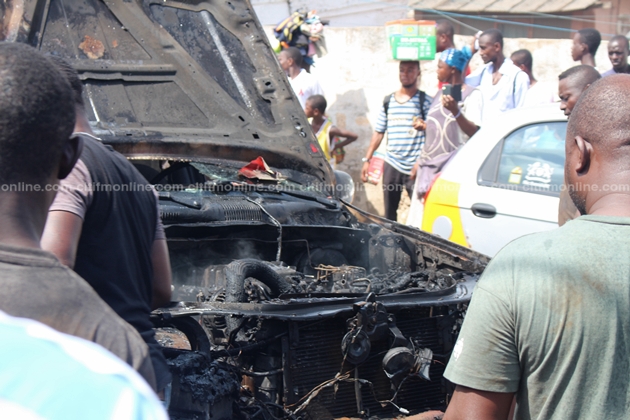 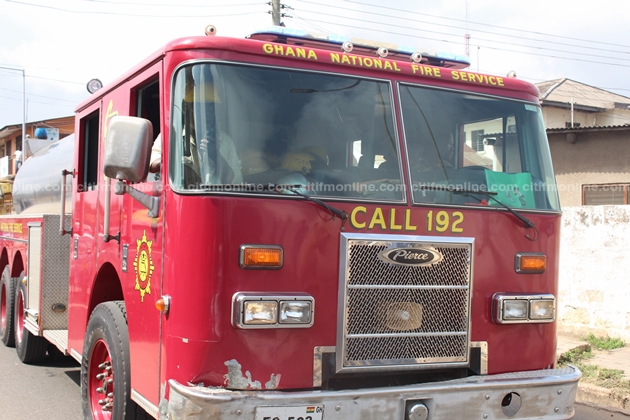 The fire service did a short inspection of the vehicle and spoke to the owner of the car, who wished to remain anonymous.

After making some notes, they backed their truck away and drove off without an explanation as Citi News tried to get a response to the resident’s complaints from them.