Many parts of Ghana’s capital, Accra, were devastated by floods following one hour of rain on Thursday evening.

The situation made it very difficult for some motorists to continue their journeys due to the pressure of the flood waters on highways. 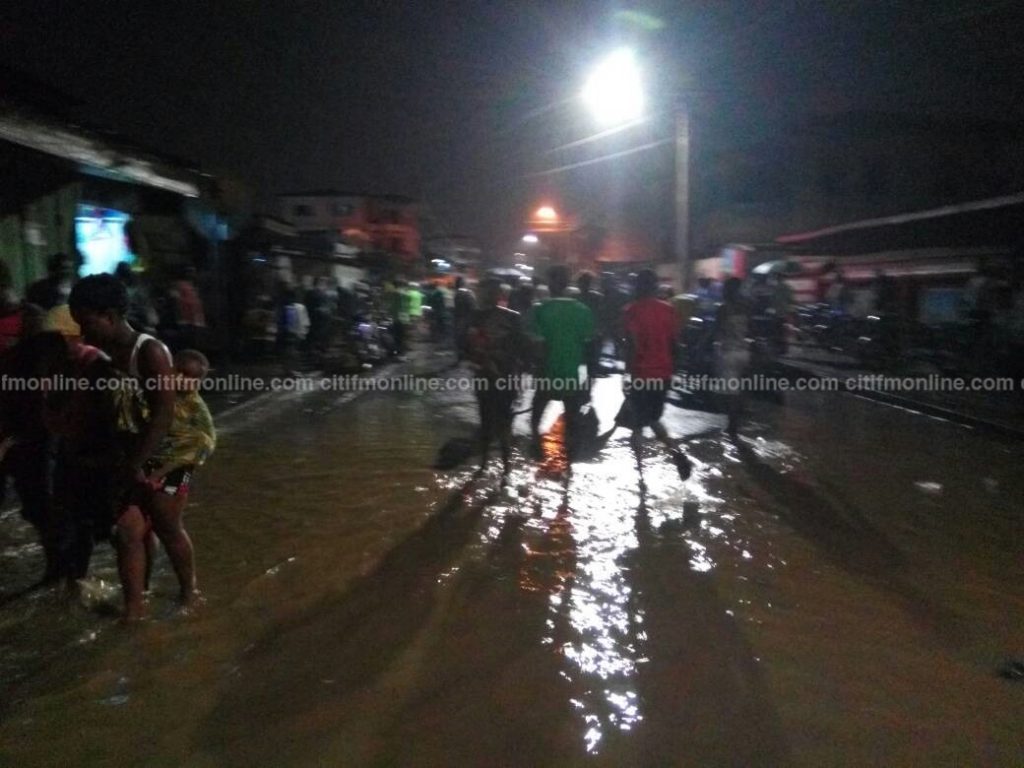 Residents in areas including Adabraka-Sahara in the capital, were left frustrated as they spent several hours into midnight salvaging their properties and scooping out rainwater that had flooded their houses.

Some residents told Citi News‘ Kojo Agyeman that they had no option than to leave the area and search for safe grounds. 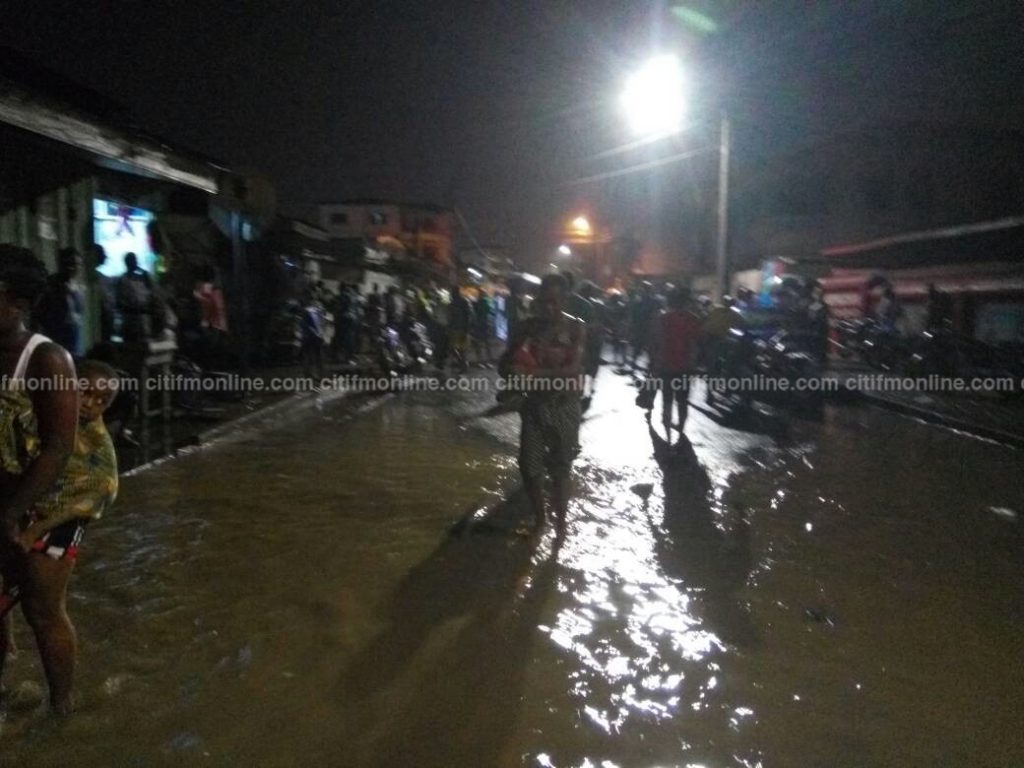 The aftermath of the downpour left pools of water on some major roads including the Abeka Junction section of the Achimota-Accra road, Mallam Junction, as well as the Okponglo section of the Madina-37 highway.

Filth has also engulfed some parts of the capital after the downpour.

The flood raises questions about governments; past and present’s competence to address the problem which has become a perennial one. 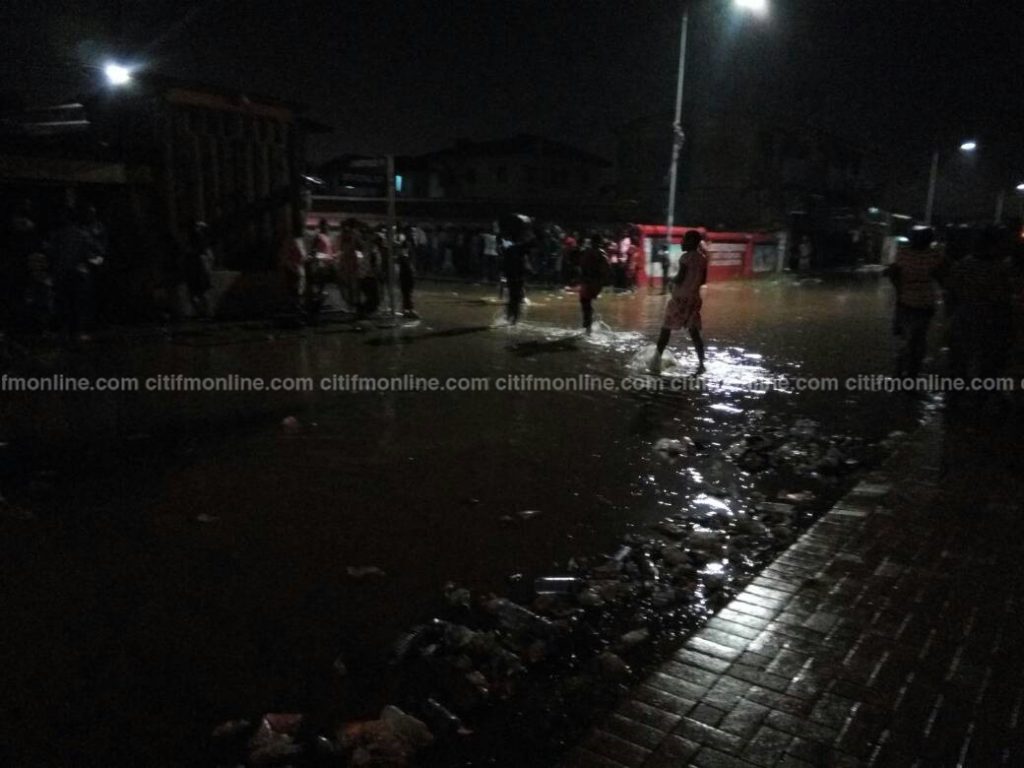 Following a downpour in February 2017 that wrecked havoc in the area, the Works and Housing Minister, Samuel Atta Akyea, said the country requires $700 million to permanently fix the issue.

But before the amount is raised to commence works to halt the floods, city authorities and the Greater Accra regional minister have contracted a private company to dredge some major drains in the capital to allow water to flow freely whenever it rains.