All is set for this year’s CHORALFEST, an annual inter-tertiary choral concert by the various Pax choirs in the various tertiary institutions in Ghana. 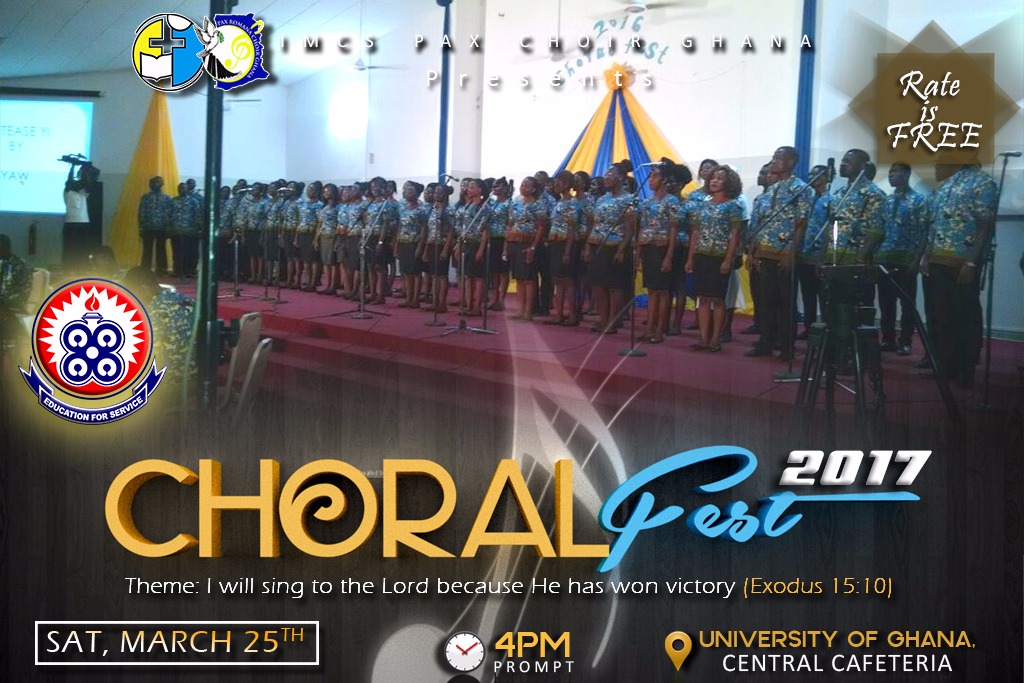 Speaking to Citi News, about the upcoming concert, the President of the University of Ghana chapter of the Pax Choir, Benjamin Nikoi Kotei said ‘Choralfest’ is held annually deepen the relationship among catholic students “and most importantly to help raise funds to address some of the challenges in some deprived communities”.

He added that the concert also aims at evangelizing to students through inspirational choral music composed by some of the best local and foreign musicians and composers. 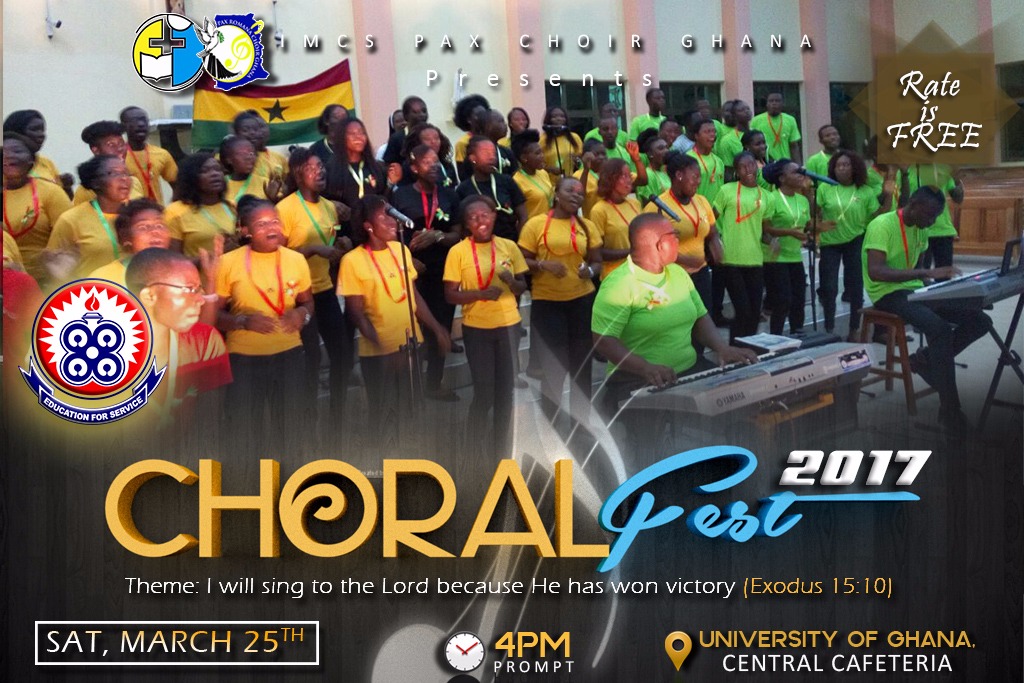 “In 2012 we hosted the Choralfest and proceeds from the successful program were used to purchase an Electro Cardiogram machine for the Cardio-thoracic center at the Korle Bu Teaching hospital and this year the plan is to renovate a computer laboratory at the Senior Correctional Center formerly known as the Borstal home”.

This year’s event will be held at the Central Cafeteria of the University of Ghana at 4pm under the theme “I will sing to the Lord because He has won victory(Exodus 15:10)”.