The Musicians Union of Ghana (MUSIGA) has become a subject of public ridicule because less than 30 people attended the 2017 Ghana Music Festival which it organised.

The event, which was part of the celebrations to mark Ghana’s 60th independence anniversary celebration recorded what many have described as terrible turnout as only a handful of Ghanaians were seen at the Independence Square, venue for the event, on Friday night.

More than 25 top Ghanaian artistes were to thrill the expected thousands of patrons of the event but that was not meant to be, even though the event was free to the public.

A video from the event grounds by GhanaWeb showed less than 30 people around the venue when the event started at about 11pm, although the scheduled start time was 6pm.

Artistes billed to have performed included Knii Lante, MzVee, Jupitar, Samini among others but the turn out of the show did not permit some of them to mount the stage.

The few artistes who mounted the stage were forced to dance to their own tunes before seemingly disinterested audience.

Read what some Ghanaians have been saying about the development below. 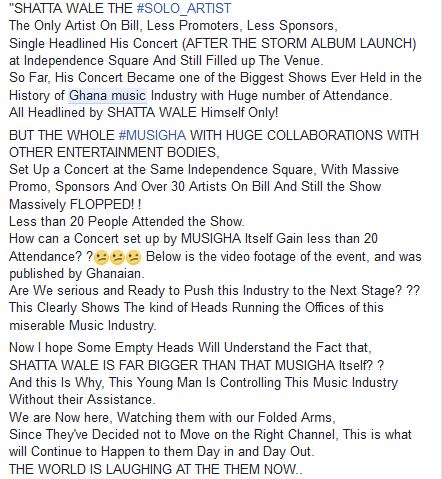 White House intruder arrested on grounds while Trump at residence