The 13 electoral area coordinators and polling station executives of the New Patriotic Party in the Awutu Senya East constituency of the Central Region, have called for peace and tranquility ahead of the appointment of a Municipal Chief Executive for the area.

Two members of the party have been shortlisted for the MCE position, including the constituency Secretary, Micheal Mensah, and Abdul Tarik Bonsu, who contested the incumbent MP, Mavis Hawa Koomson during the 2015 NPP primary.

Recently, a group calling itself Concerned Youth of Awutu Senya East, accused the incumbent MP of introducing one of the shortlisted applicants as the person endorsed by President Nana Akufo-Addo for the MCE position. 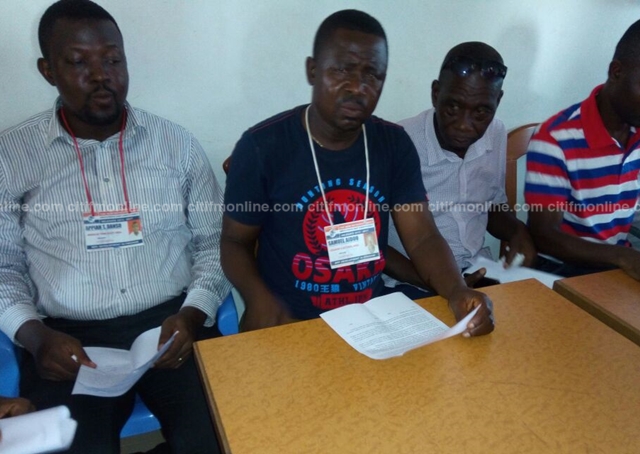 The group further appealed to the MP to respect the laid down processes of the party.

But addressing a pressing conference in the capital, Kasoa, on behalf of the coordinators, Patrick Sekyi Annan said the party could not afford to lose the seat in the name of a brouhaha over the appointment of the MCE.

“We are not ready to lose our parliamentary seat to any opposition party, we also believe in our constituency, regional executives, campaign team and MP/Minister. We are very sure they will recommend the right who has been with us and who understands the various developmental needs of the constituency,” he stated.

He also called on rank and file of the party to remain calm, and warned all groups in the party to allow the president to appoint the MCE in consonance with the laws as enshrined in the 1992 constitution and the local government act 462.

“We wish to appeal to all to remain calm. The appointment of MCE is an exclusive party. Therefore all mushroom groups that are cropping up must leave the president alone to carry out the appointment in peace.”

US man held for sending flashing tweet to epileptic writer