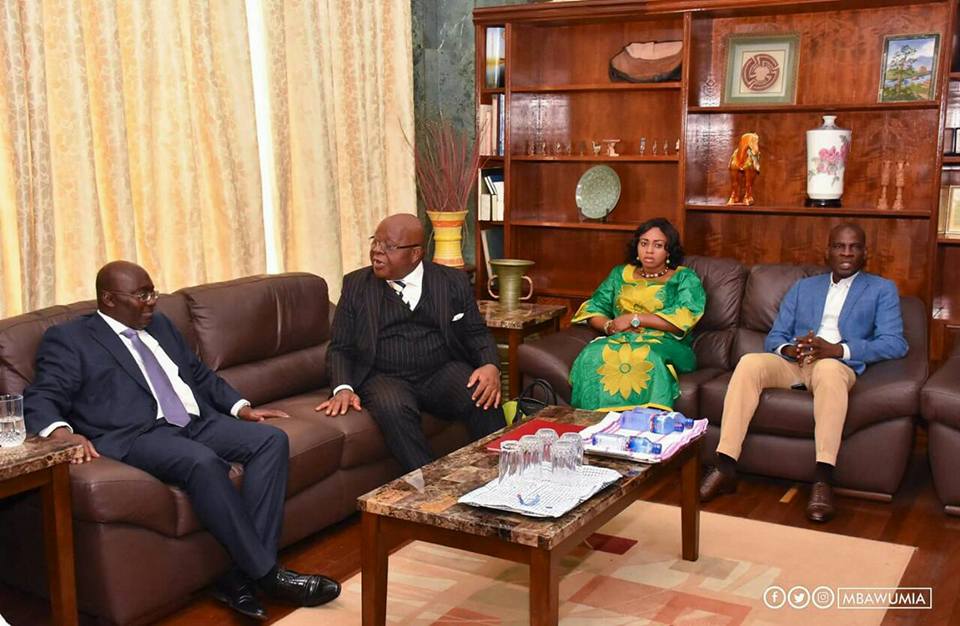 He said the Executive will support the House to renovate the roof of the chamber, which was ripped off during the storm. 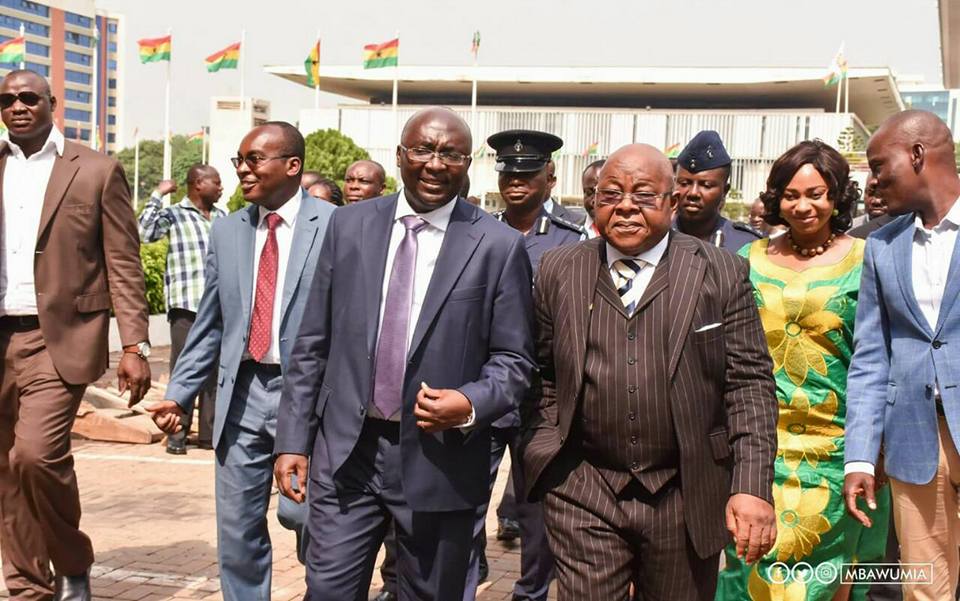 He also hinted that, consideration will be given to a request by the leadership of Parliament for a new chamber. 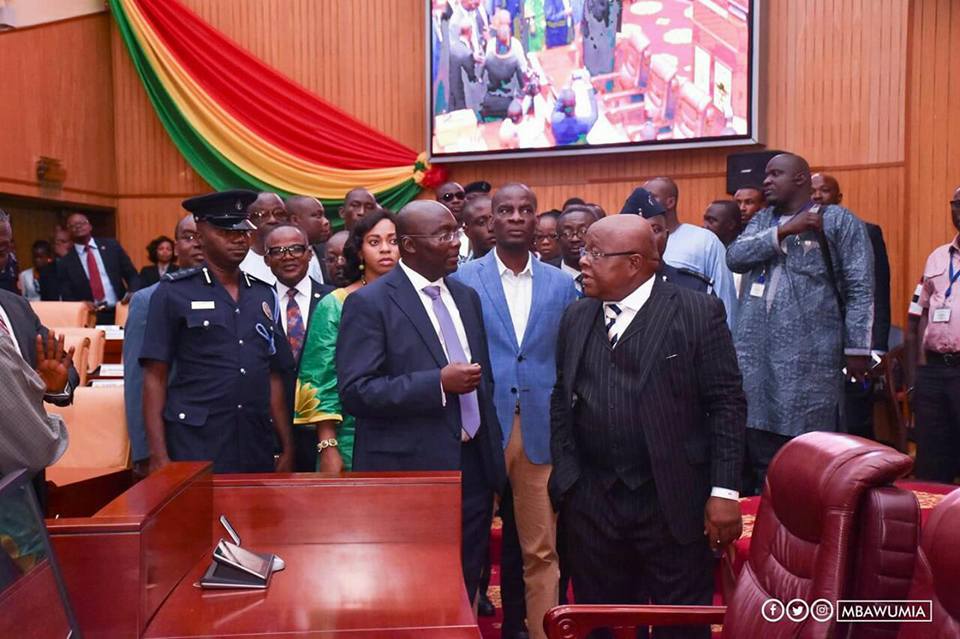 “I had to rush here this Tuesday] morning to actually see it, and thankfully the damage has not been too much and some measures have been taken to contain the situation before a permanent roofing is put in place. I’m happy to know the consultants and contractors are still around, and they are going to repair the damage. The legislative body is key for this whole country, and it is very important that the duties of parliament are not interrupted,” he said. 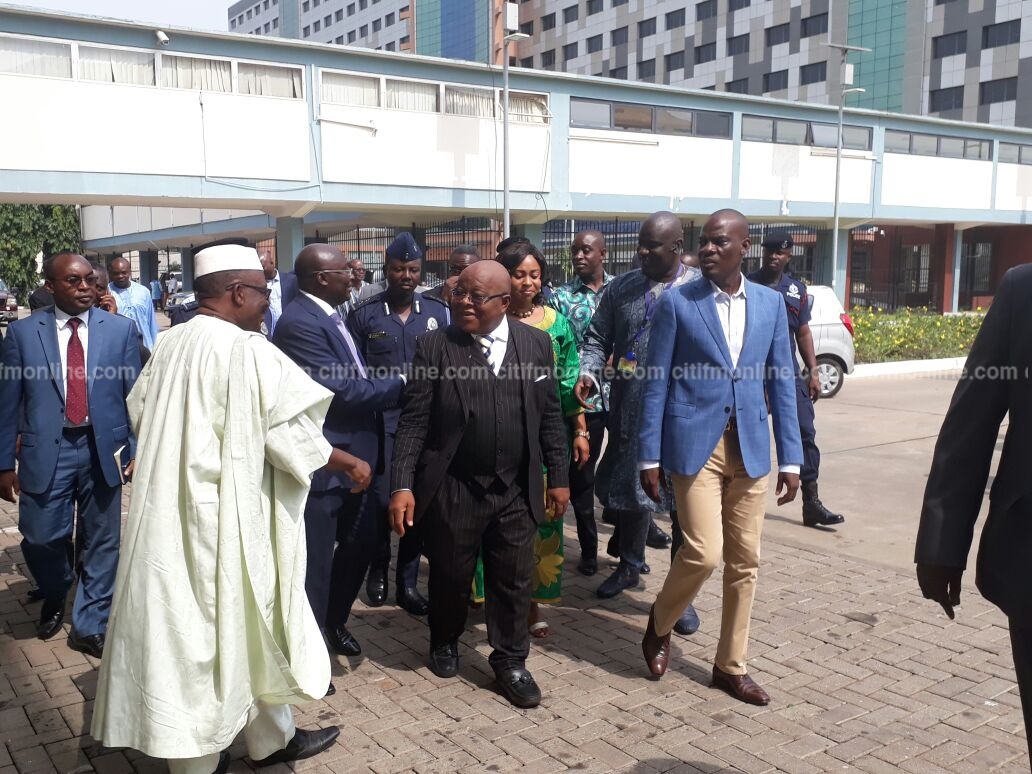 “I will brief the President when he arrives about what has taken place, and I’m sure we’ll look at this whole issue of another chamber seriously; but it is very important that the work of parliament continues,” Bawumia added. 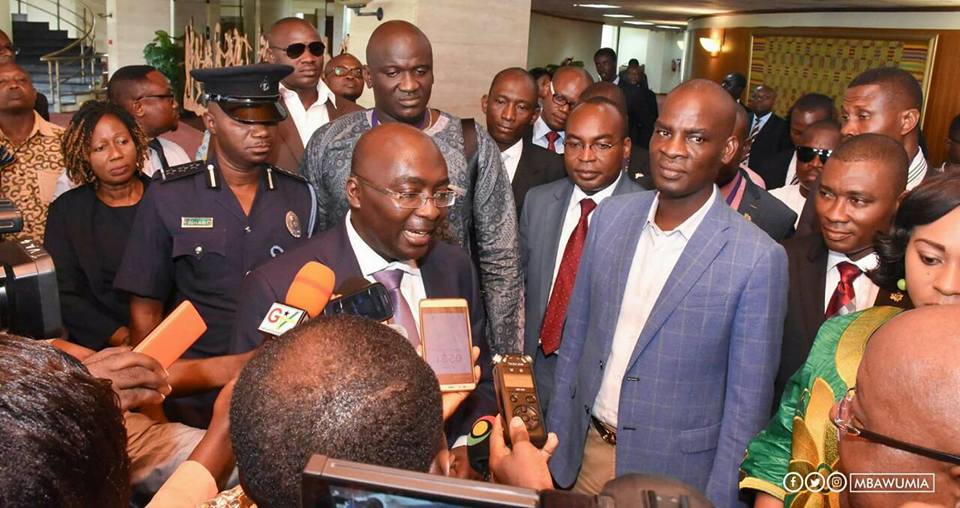 The Speaker of Parliament,  Prof. Mike Oquaye, who received Dr. Bawumia, reiterated the need for Parliament to be assisted to get a new Chamber. 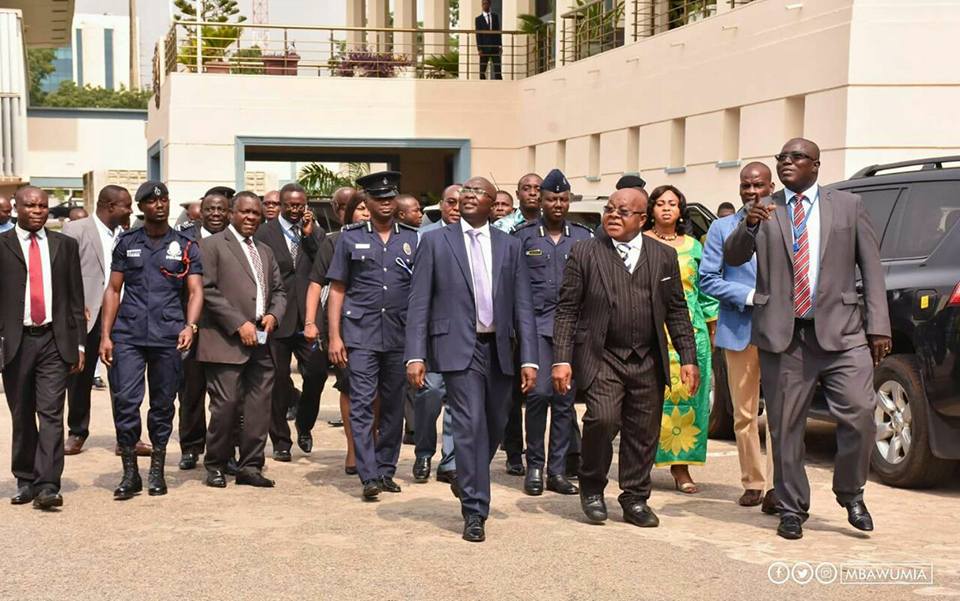 He said, “having heard the problem here, the first thing this morning, he (Dr Bawumia) came to examine the situation. We are told that all relevant persons are in the process of [repairing] the damage and even applying some interim plastic sheets to make us work, and you can see our members from both sides are ready to work.” 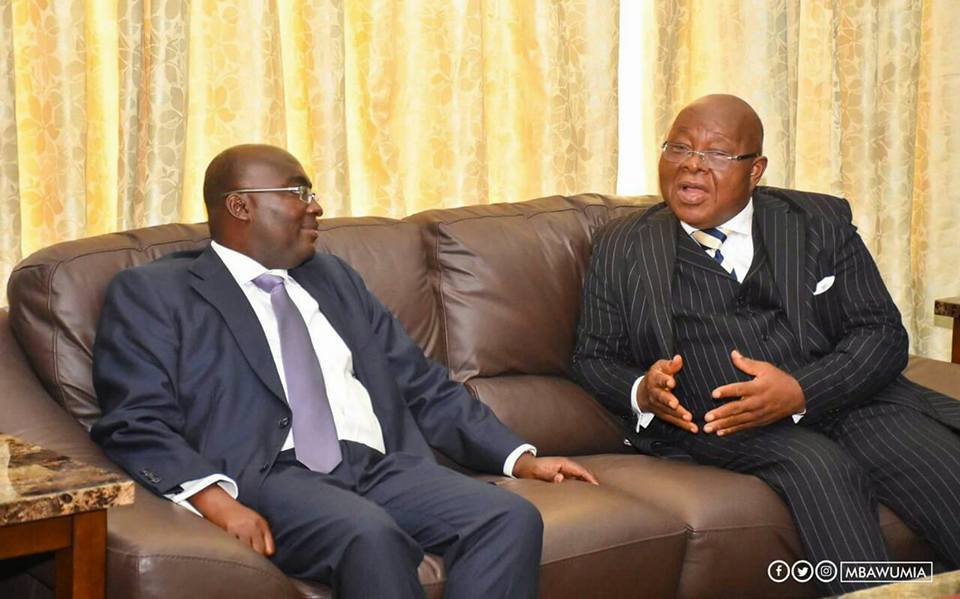 “We need a new chamber, and we trust that at the appropriate time, we shall have the ears of the executives.”

The Chamber of Parliament was left at the mercy of the rain with some electronic gadgets installed in the chamber badly affected. 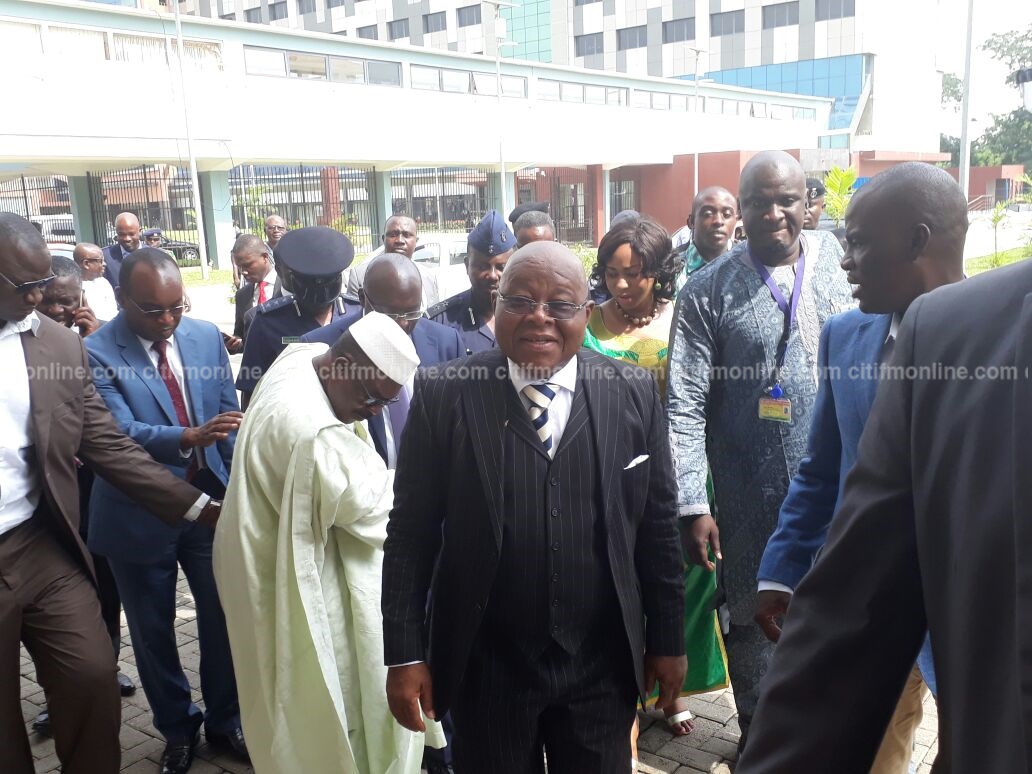 Meanwhile, the disruption that occurred as a result of the downpour in the chamber, may force the House to hold sittings at a different location, according to Majority leader in Parliament, Osei Kyei Mensah-Bonsu. 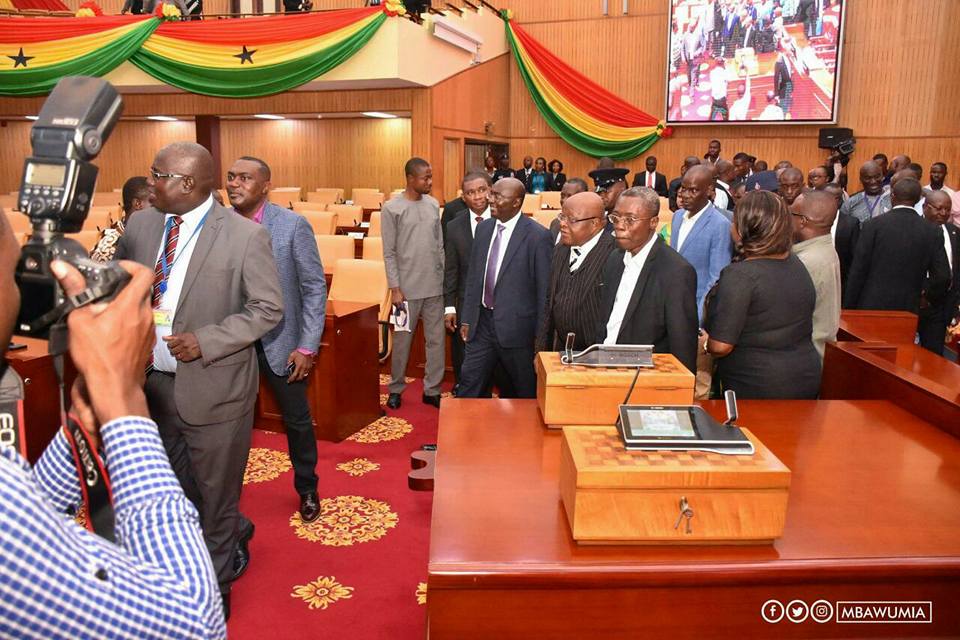 Mr. Mensah-Bonsu told Citi News’ Parliamentary Correspondent, Duke Opoku Mensah that, “if it may not be possible to hold business here, we can relocate to some other place.”

The Chamber of Parliament was renovated in 2014 after MPs complained of congestion, resulting from an increase of parliamentary seats from to 230 to 275.

The house while on recess between July and October 2014, underwent infrastructural adjustment to ease congestion and change worn-out materials.

At the reconvening of the house in November 2014, the central air conditioning system of the Parliament had been changed with new chandeliers fixed.

Modern communication gadgets were also fixed to the table for each parliamentarian, with old furniture replaced with imported Chinese chairs that were subsequently replaced after agitation from some MPs.

I won’t harass Airtel over my Zain lawsuit – Ursula