Tension mounts in Ashaiman ahead of MCE nomination

Tension is gradually mounting within the Ashaiman Municipality ahead of the government’s declaration of who becomes the Municipal Chief Executive (MCE) for the area.

Confusion rocked the Ashaiman NPP youth office at Tulaku, a suburb of Ashaiman, when a group of young men angrily disrupted a scheduled press conference at the party office over the matter.

[contextly_sidebar id=”uoRv9FvOouIfgrjtupMjJTyAz7uIm6dl”]The angry youth who are alleged to be loyalists of the defeated NPP 2016 Parliamentary candidate, Alhaji Yakubu Labarran, stormed the party office few minutes to the start of the  press conference and disrupted the exercise.

They kicked the chairs and tables arranged and manhandled the organizers before locking up the office. 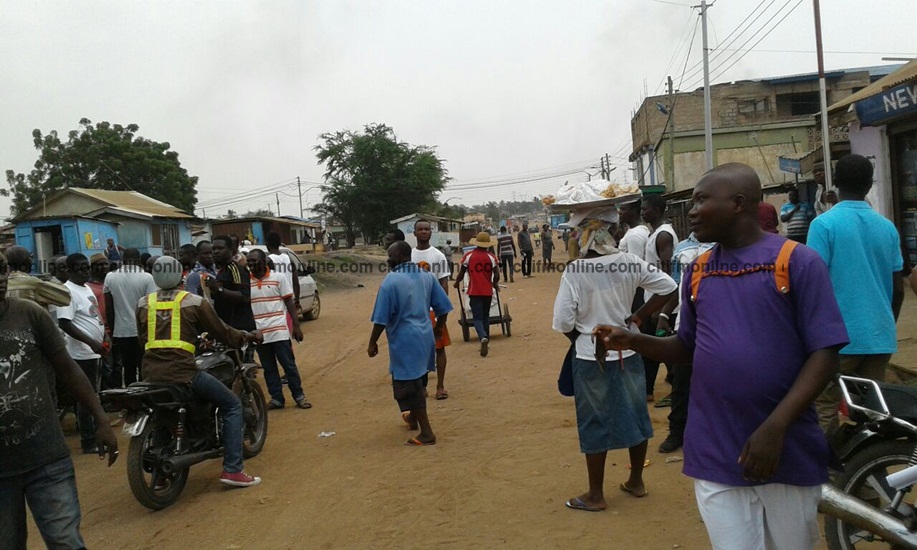 The disrupted press conference was organized by a group called Concerned Grassroots Members of the NPP in Ashaiman.

According to the well-built young men, there was no way they would allow such a press conference to hold anywhere in the constituency since such events are geared towards the promotion of other candidates vying for the position of MCE in the constituency. 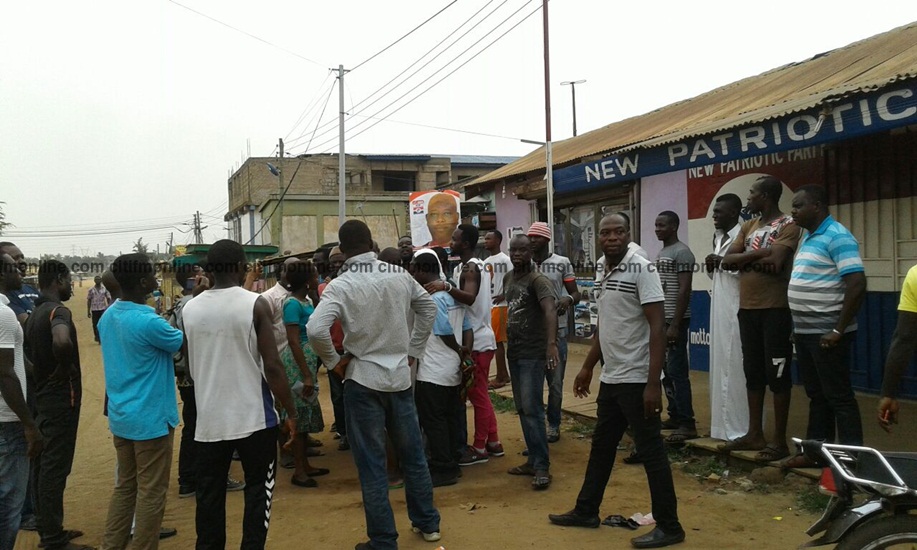 They further noted that, they will only agree for another person to become the MCE for Ashaiman if Alhaji Labarran is given another appointment elsewhere. 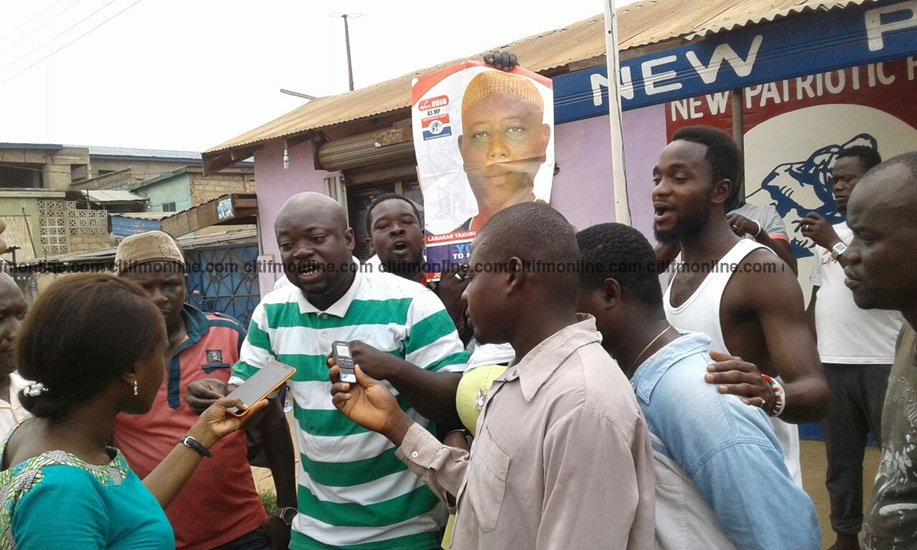 “If Alhaji is not given any appointment, we shall not allow anybody to get the position of MCE in Ashaiman. No Alhaji, No MCE” they warned.

They warned the party against the selection of a one-time former MCE Albert Okyere as the suitable nominee, since they shall fiercely oppose his nomination.

“We don’t want Okyere and if the party dares bring him, we shall create total chaos in Ashaiman” they threatened.

The intended press conference which sort to call on the party hierarchy at both the constituency, regional and national level to be circumspect with their choice of candidate to be nominated as MCE for the area due to tension in the constituency, was thus truncated due to the confusion.

The press statement, which was made available to Citi News stated that “We here believe that, in the selection of who becomes the MCE for Ashaiman, the party hierarchy must not just select anyone for the sake of it, but with all humility consider the inputs of those of us the downtrodden, the foot soldiers and the polling station executives since we are also stakeholders of our great Party the NPP”

It continued that; “We as Concerned Grassroots Supporters of the NPP in Ashaiman have heard of several names that are flying about in the constituency as potential MCEs. But we are of the view that the party should not be in haste in its declaration, but must try and do due diligence and consultation ahead of the selection in order not to lose touch with the grassroots and floating voters by announcing the wrong nominee.”

“All these people deserve being named, but above all, we think the party must nominate a unifier who has worked with the party and can highly identify and recognize the grassroots members who also played diverse roles in the victory of the party”

The group argued that, the selection of the MCE is not about self-interest, but about service to the people of Ashaiman, and adding to the infrastructure base of Ashaiman”

They appealed to the party to be guided by competence, hard work, dedication, and loyalty to the party as they choose who should become the MCE for the area.