Some staff of the National Labour Commission (NLC) this [Thursday] morning, locked up the premises of the Commission, demanding the immediate removal of the Executive Secretary, Charles Adongo Bawaduah.

Mr. Adongo Bawaduah contested parliamentary primaries in the Bongo Constituency on the ticket of the National Democratic Congress (NDC); an action they say is against the public service act. 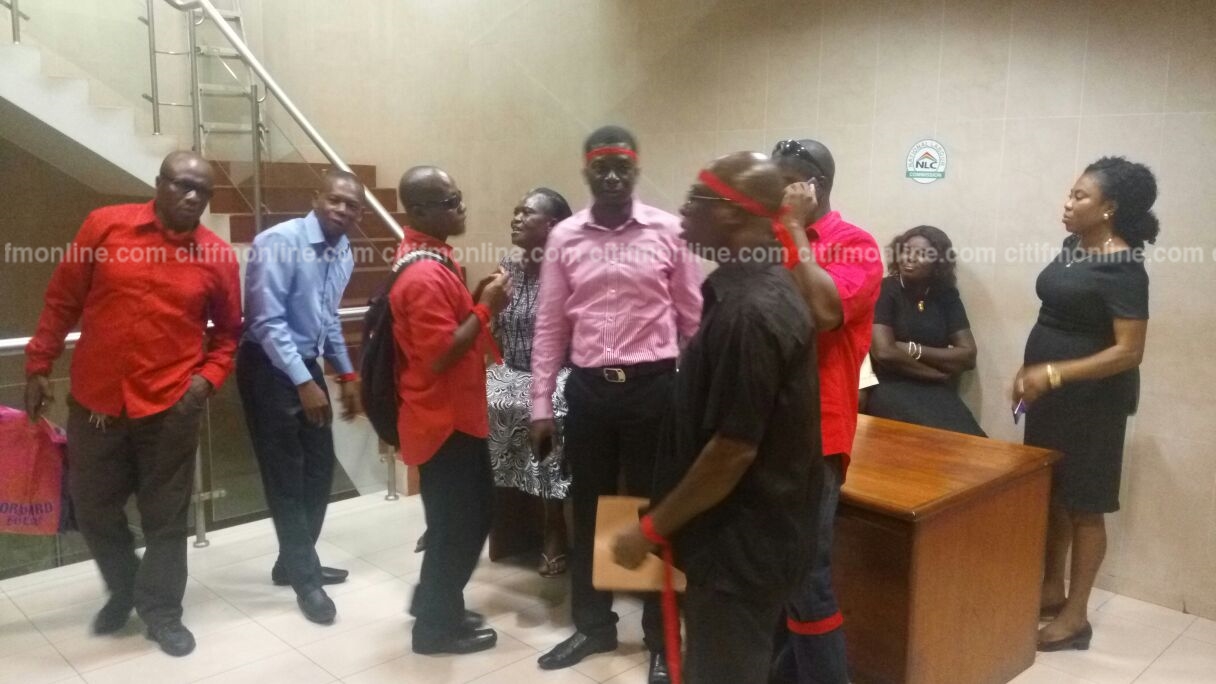 The workers, clad in red, are also against the dismissal of two of their colleagues and demanded their immediate reinstatement.

Speaking to Citi News, the Senior Industrial Relations Officer at the Commission, Eric Omane Yeboah, said Mr. Bawaduah among other things caused the transfers and postings of staff without due process. 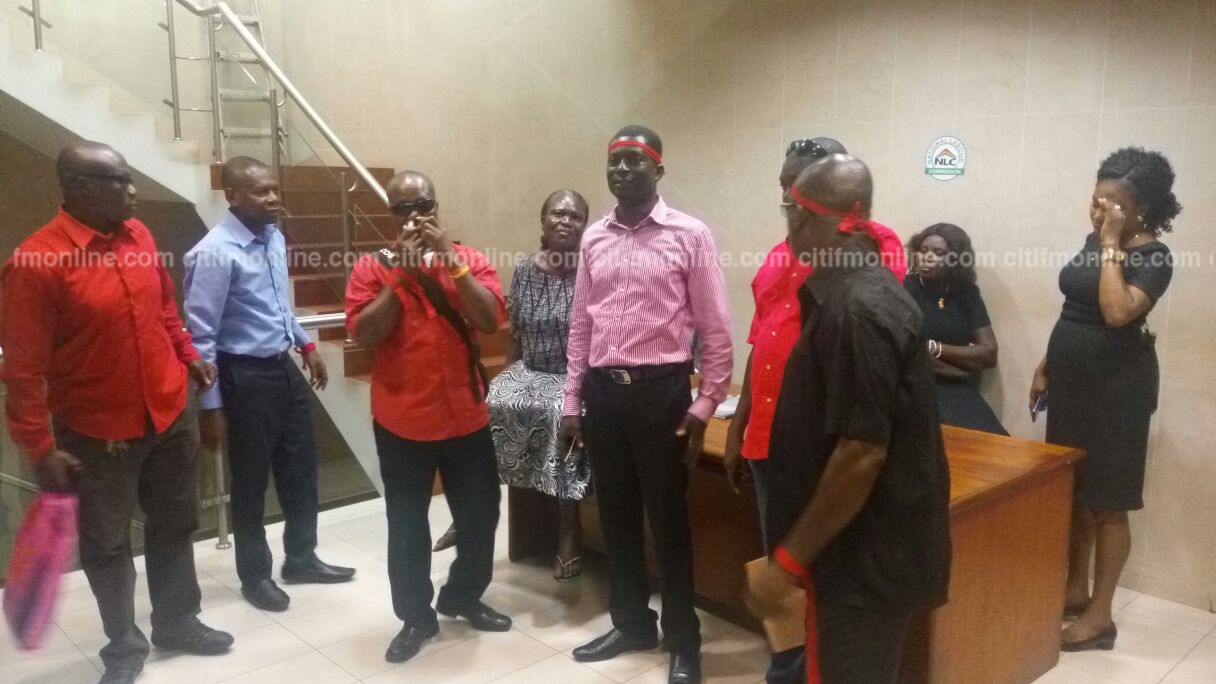 “This man who claims he is a public servant is the very individual who contested the NDC primaries and lost at Bongo constituency. Public servants are non-partisan therefore once his government loses power, he has no business running the affairs of National Labour Commission, that is all. The workers have locked the doors in solidarity with their employees who have been sacked, and they want their colleagues to be reinstated, and make sure that the conditions of service are improved for the general welfare of employees of the National Labour Commission.” 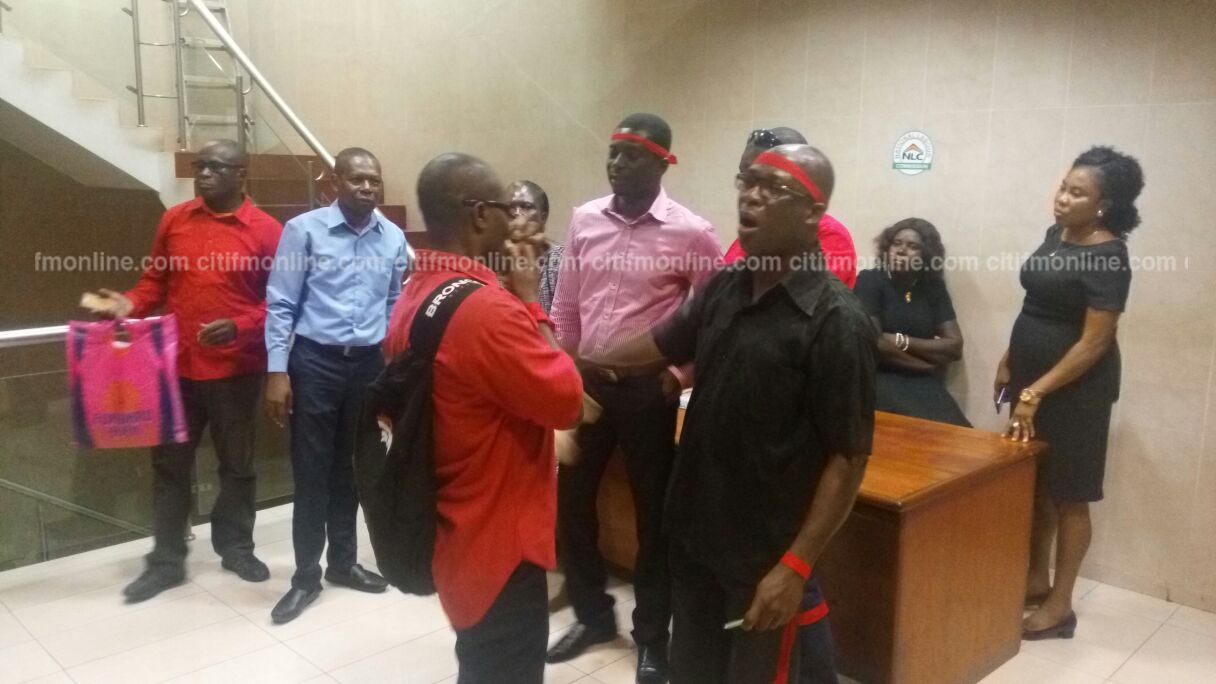 “Strangely enough, the National Labour Commission does not have a forum to deal with this case…And so I believe that with this communication the authorities will hear, and we are willing to sit down to make sure our grievances are resolved.”