Lovers of fashion and Arts in the Volta Region, should brace themselves for the first ever regional fashion and arts fair to hit the capital as part of Ghana’s 60th Independence Day celebrations.

The three-day event, which promises to be thrilling, would see budding fashion and art designers across the country converge at the GNAT Gardens in Ho, to showcase their wares from the 5th to 7th March 2017.

The organizers, Sasa Clothing; a leading fashion firm in Ho, said the event which forms part of activities commemorating Ghana’s 60th independence anniversary this March, would be held annually to promote the culture and tourism potentials of the Volta Region. 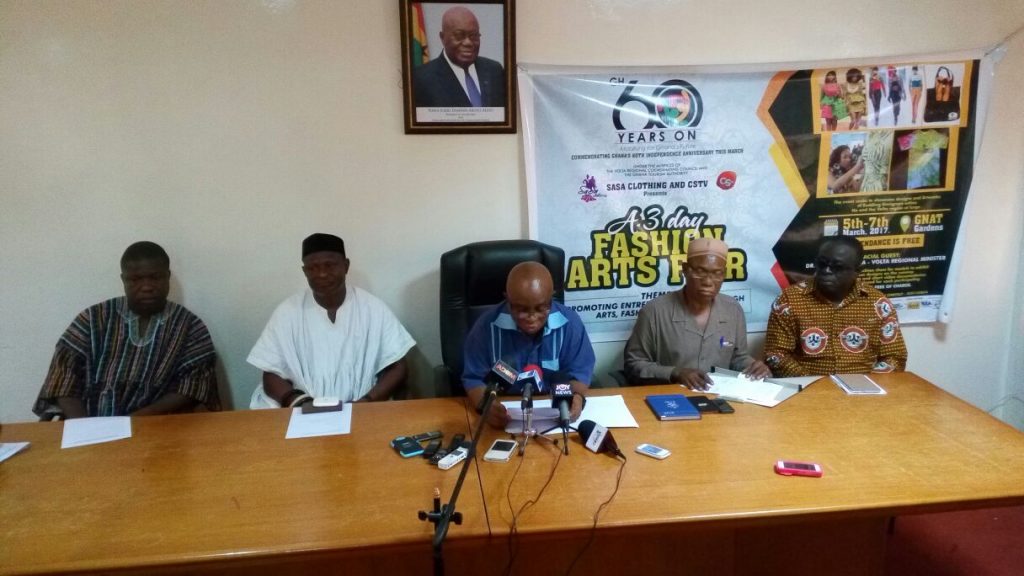 ”This concept is an initiative to be done annually as a region, and would be a major fixture of Ghana’s art scene, that would share the story of the Volta Region to the world”.

The event, which is being organized in collaboration with the Ghana Tourism Authority, Campus Splash TV and the Volta Regional Coordinating Council, is under the theme “Promoting Entrepreneurship through Arts, Fashion and Tourism”.

The highlights of the fair include, a fashion show, theatre and musical performances.

Speaking at the media launch in Ho on Monday, the Volta Regional Minister, Dr. Archibald Letsa, who commended organizers of the event,  asked designers, institutions and the business community, to actively get involved in the fair, and explore opportunities in the exhibition.