At least six fuel tankers are reported to have exploded at the tanker yard of the Ashaiman timber market in Accra.

The fire is believed to have started around noon on Sunday [February 26, 2017].

Citi FM’s correspondent, Elvis Washington who reported from the scene said about four fire tenders moved to the scene with several firefighters battling the inferno. 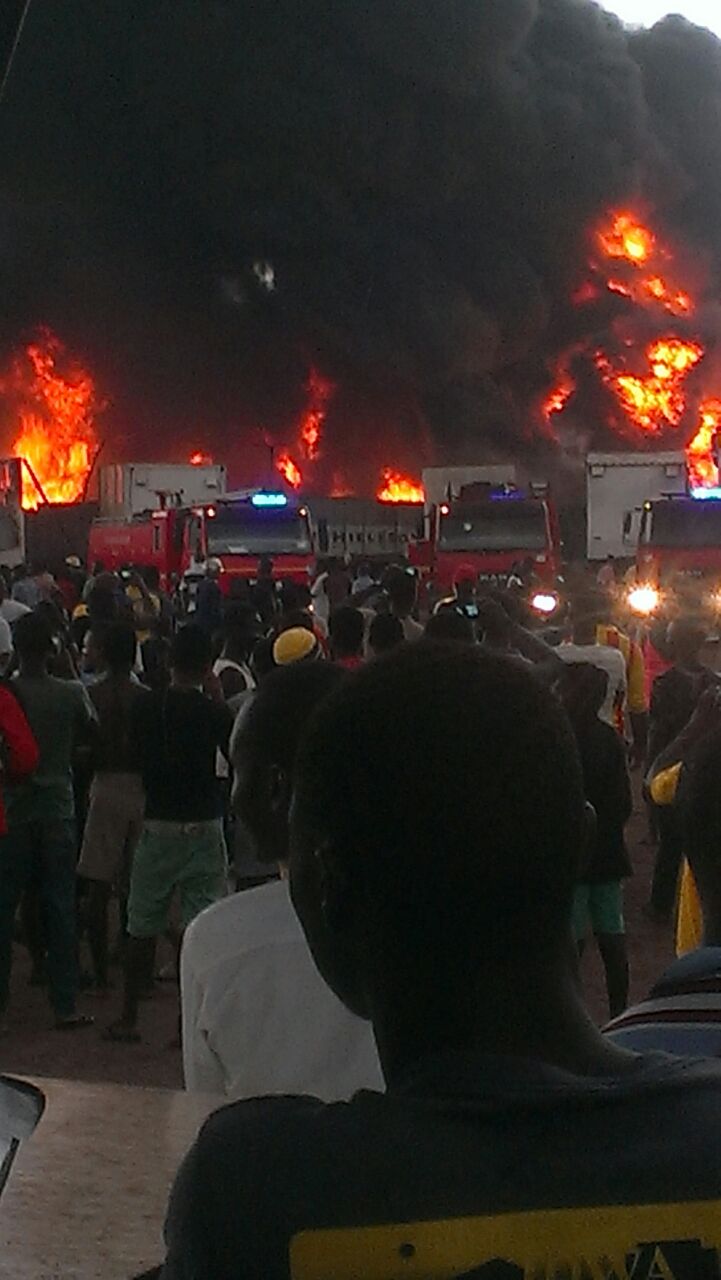 He reports that hundreds of residents have gathered at the scene with others vacating their houses located close to the incident scene in panic. 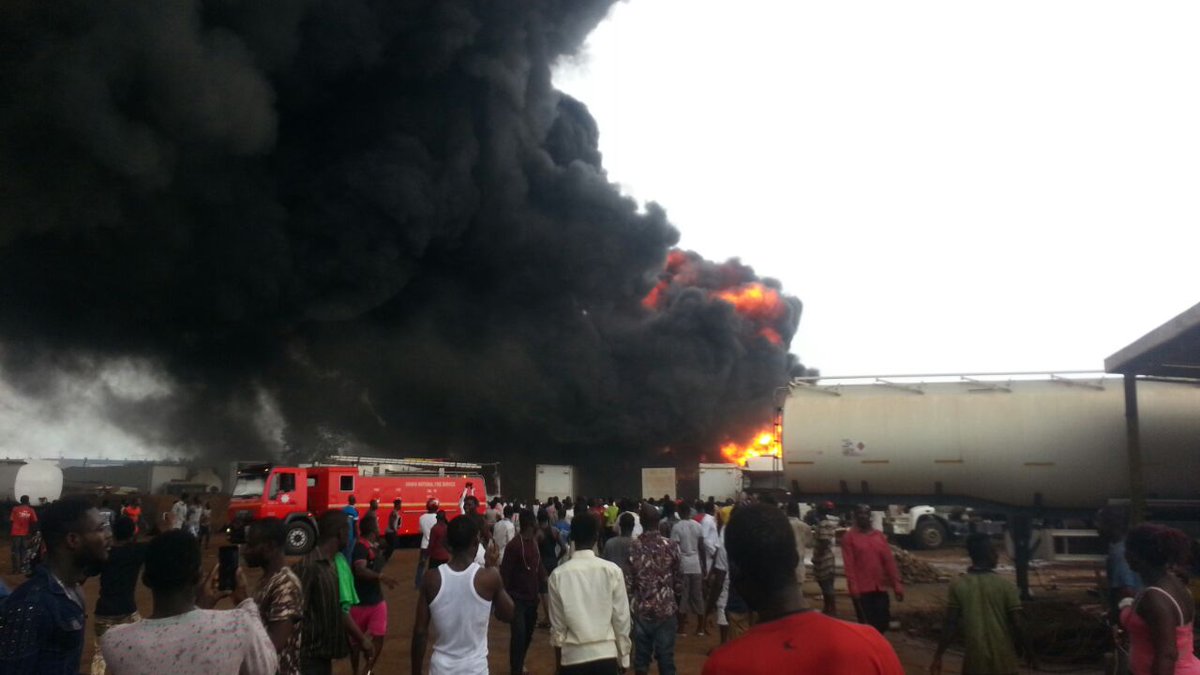 According to an Eyewitness and a trader at the market, the yard had about 60 tankers parked around the area prior to the fire.

He said most of the tankers, with fuel contained in them, were set to move to various destinations in the country between tonight and tomorrow morning to discharge fuel to different fuel stations.

The cause of the fire is not immediately known.