The entire Breman Jamra Township was thrown into a state of mourning on Thursday as they laid  to rest the remains of the six pupils who died when their dilapidated classroom collapsed on them at the Jamra Methodist  KG building.

Students, teachers and bereaved parents could hold back their tears as they bid farewell to the kids who met their untimely deaths on Tuesday morning.

Teaching and learning in the Jamra Methodist basic school has since been halted following the deaths. 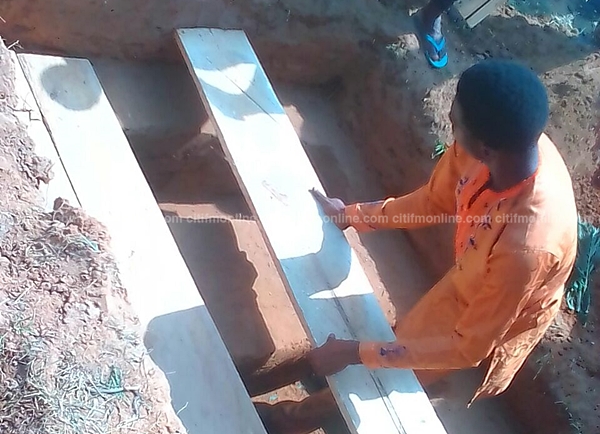 The burial service was delayed by the youth who were contemplating over where to bury the children for fear of exhuming the bodies for ritual purposes by some unscrupulous people.

This was settled as the burial took off upon the intervention of the MP and the Asikuma District Police Commander.

Clad in black and red, the Chief of Jamra Nana Kwaw Fosu III, in an interview with Citi News, appealed to the government to expedite work on the new KG block.

The Asikuma Odoben-Abrakwa District Police Command is currently investigating the death of the six pupils.