An African bride has come under fire after a picture emerged of her marrying a ‘wealthy’ businessman more than 60 years her senior.

Mr Grooves, has been described as a ‘very rich man’ after making his fortune in stocks and shares but his total wealth is not clear.

Their wedding follows a spate of marriages in South Africa, where there has been a reported trend of young Zambia women travelling to the country in search of wealthy, elderly husbands.

And after a picture of the nuptials was shared online, it went viral in South Africa with people saying they were shocked by the age-gap. 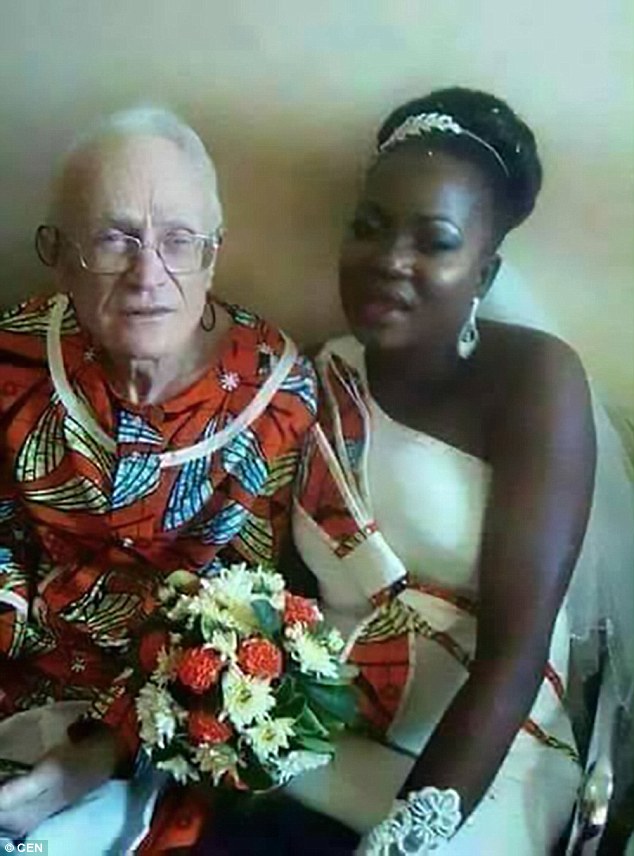 Writing on Facebook, Mtokolo Limpo said: ‘Zambian women are a disgrace, you come all the way to dine with an old man.

‘What special attention are you going to give him apart from sucking up his money.’

While Longlu Vlami added: ‘It is sad that women nowadays don’t know how to work hard but just find a life with a finished old man, very soon he is dying and she will inherit his riches.’

And Mercy Nhlovu added: ‘That girl must be taken back to Zambia. Rubbish!’

But not everybody was against the match as Tulani Zulu’ commented: ‘Nice couple, I see nothing wrong if they love each other.’

Zambia is one of the poorest countries in southern Africa with 68 per cent of people living below the poverty line.

South Africa, in contrast, is comparatively rich with 20 per cent of people living in poverty.