Police in the Central Region have arrested two men believed to be police officers, for allegedly assisting a robbery attack at a mining site at Dunkwa-on-Offin.

Two other accomplices, were also arrested.

According to the Dunkwa District Police Commander, ASP Dela Dzensi, his outfit was informed of the robbery incident on Sunday, January 16, and swiftly moved to the scene to make the arrest.

He said residents in the area had started assaulting the suspects physically when the police arrived. 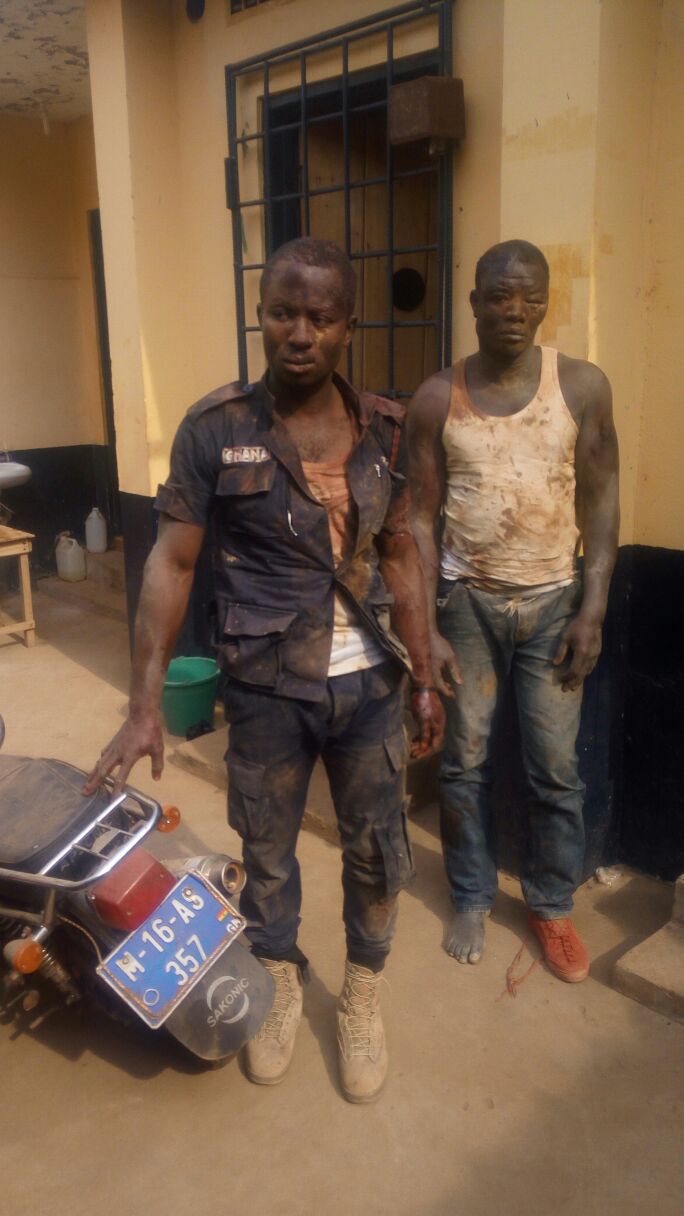 ASP Dela Dzensi told Citi News, “It was yesterday [Sunday] in the morning around 9:00am, when we got the information that there was a robbery going on at a mining site which is within the Dunkwa jurisdiction. The police proceeded there and before they got there, the indigenes had tried to make some arrests.”

The suspected police officer, who is alleged to be from the Kotokraba District Police Command in Cape Coast, had his face covered with blood when the police arrived.

They have reportedly confessed to escorting the two other suspected criminals to the mining site to carry out the illegal activity, when a security man on site caught them off guard.