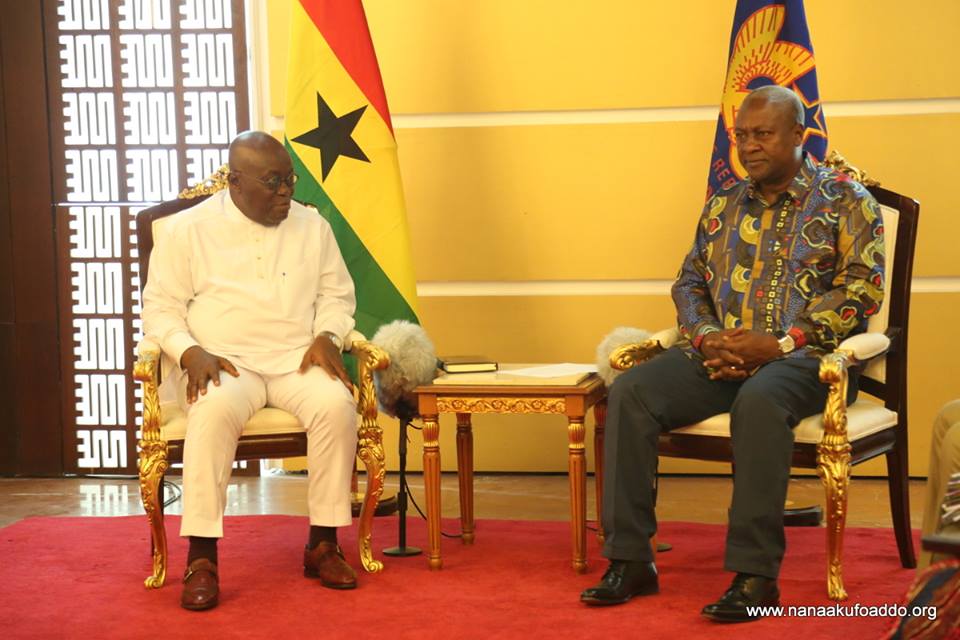 The tour was to introduce the incoming President to the facilities and spaces at the seat of government. 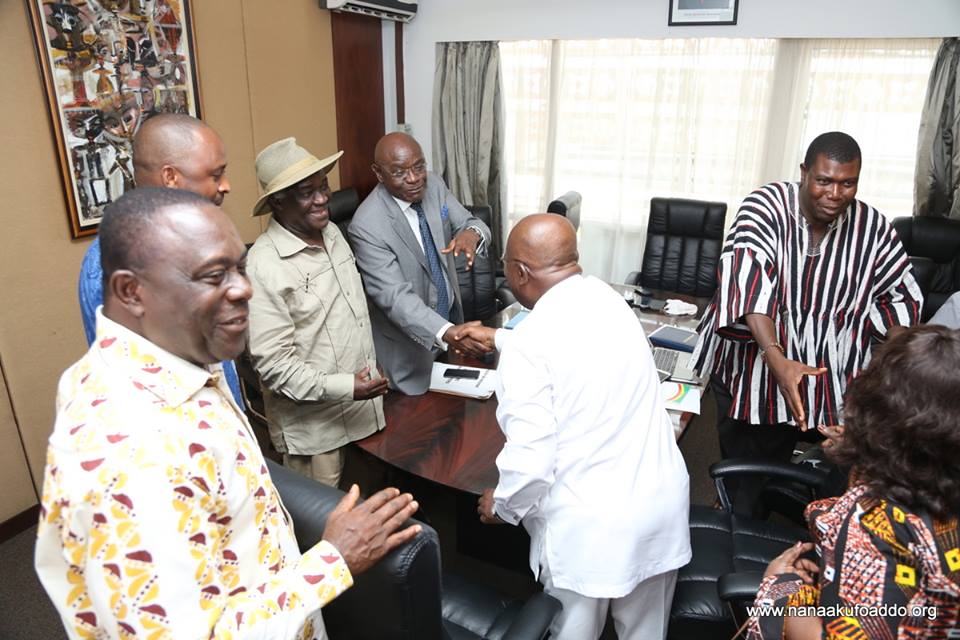 John Mahama, while welcoming Akufo-Addo said the facility was ready to accommodate the incoming President. 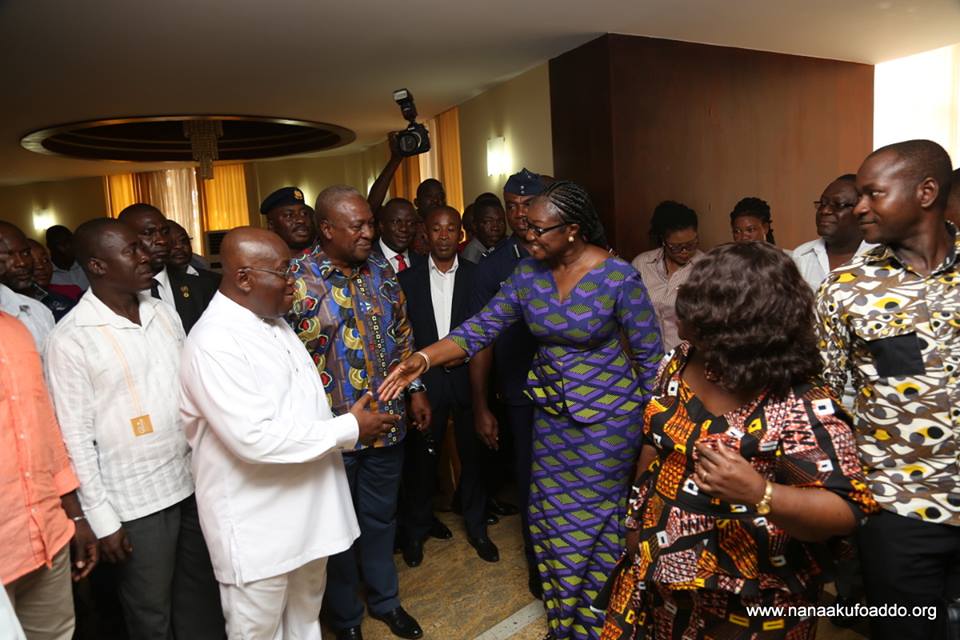 He noted that the facility had seen an extension from the old Jubilee House to have more offices. 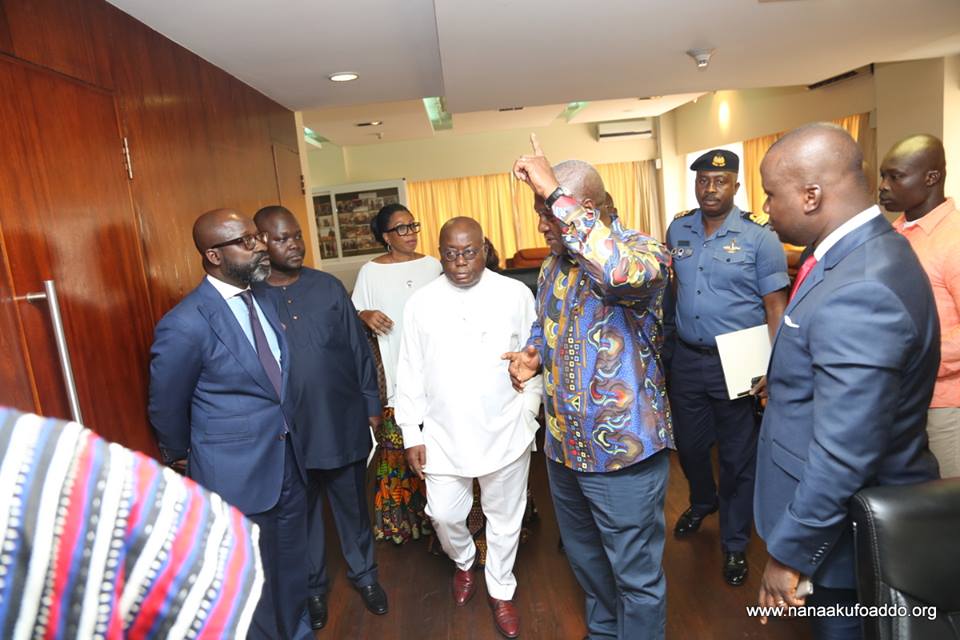 He however thanked Akufo-Addo for ensuring a smooth transition process so far, saying his actions during and after the elections, consolidates the country’s democratic credentials in the eyes of the global community. 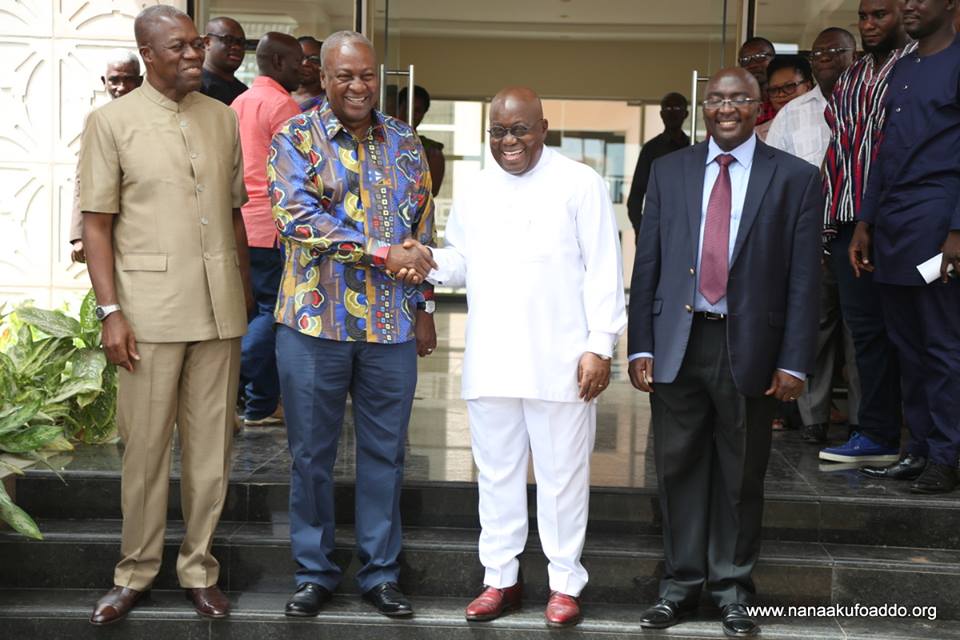 “Let me thank you for the cooperation we’ve had so far. With respect to our elections and transition of power, it consolidates Ghana’s democratic credentials and both incoming and outgoing government can take pride.” 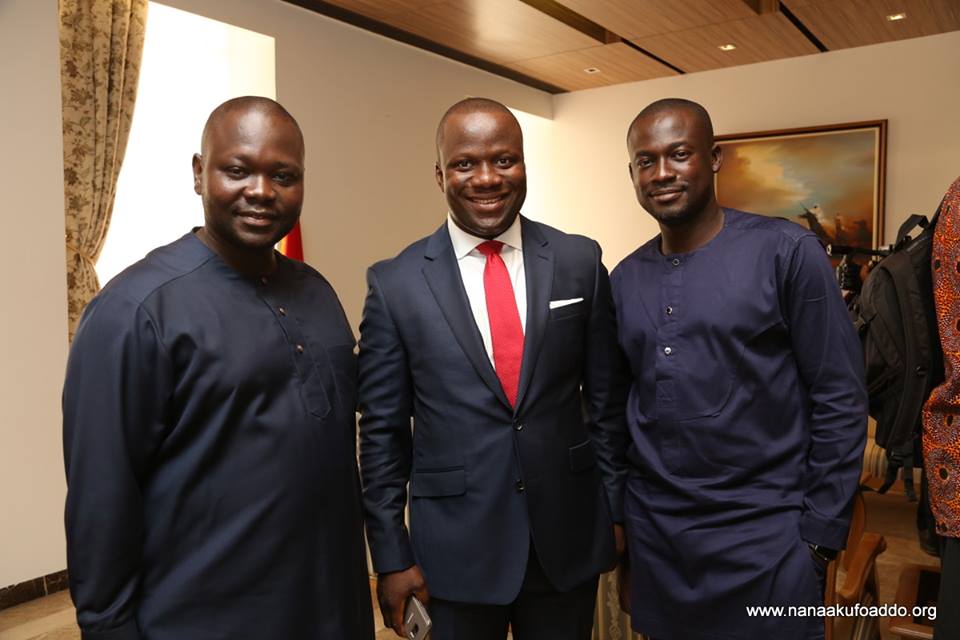 He called for the mature democracy practiced in the country to be continued as various governments come to power to ensure the development of the country. 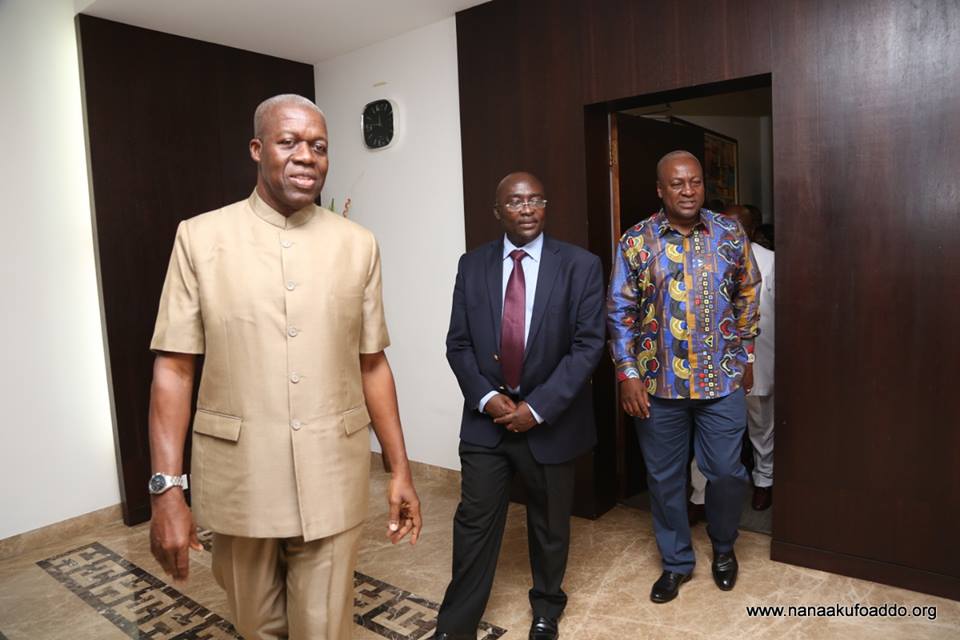 Nana Akufo-Addo expressed appreciation to John Mahama for the invitation, and his role in ensuring a smooth transition process. 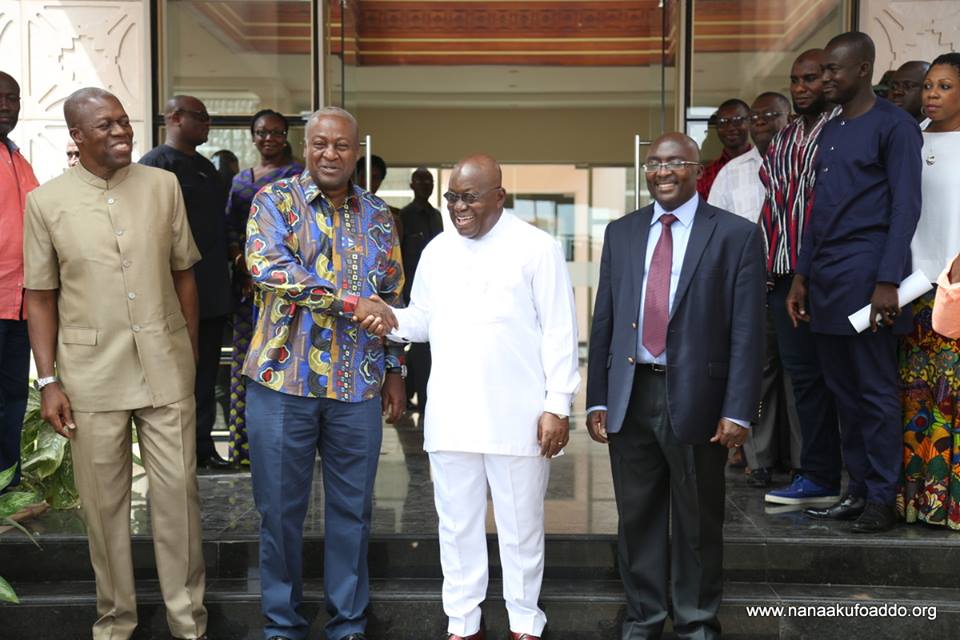 There are some speculations the name of the facility will be changed from Flagstaff House to Jubilee House, but there are no clear indications yet as to whether they will indeed be effected. 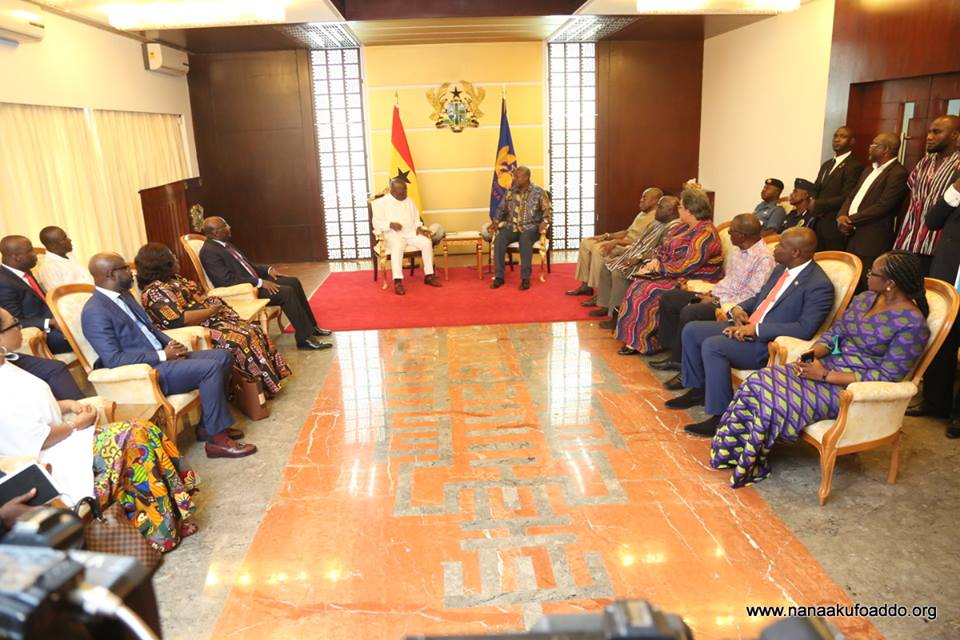 The speculations are based on the President-elect, Nana Akufo-Addo’s constant reference to the facility as the Jubilee House. 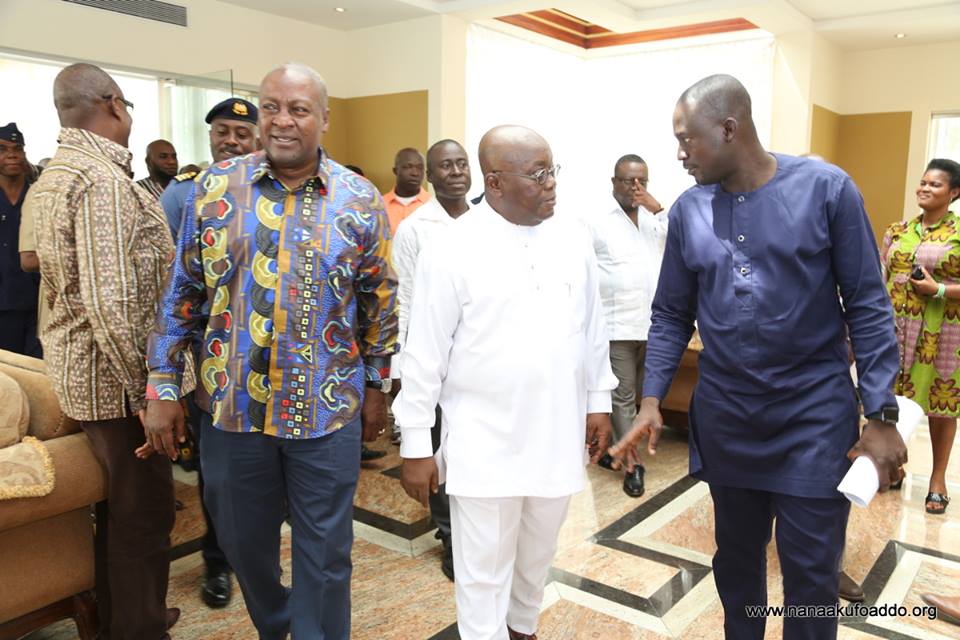 The edifice was christened the Jubilee House under the erstwhile John Kufour administration, but was changed to Flagstaff House when the National Democratic Congress’ (NDC) John Evans Atta-Mills assumed office in 2012.

‘About the flagstaff House’

The Flagstaff House until recently, served as part of the Accra Zoo, having been abandoned for many years after Ghana’s independence.

The New Patriotic Party (NPP)’s John Kufour administration secured a loan facility to complete the edifice, which was inaugurated to coincide with the country’s 50th Independence anniversary, and now serves as the official seat of government.