Some workers of Ghana Post, have demanded the immediate removal of their Managing Director, Eric Yaw and two other senior staff of the company.

The aggrieved workers are alleging that, their MD and Human  Resources Manager, Mary Koppisah, have protected the company’s Head of ICT, Godfred Aboagye, to embezzle funds belonging to the company. 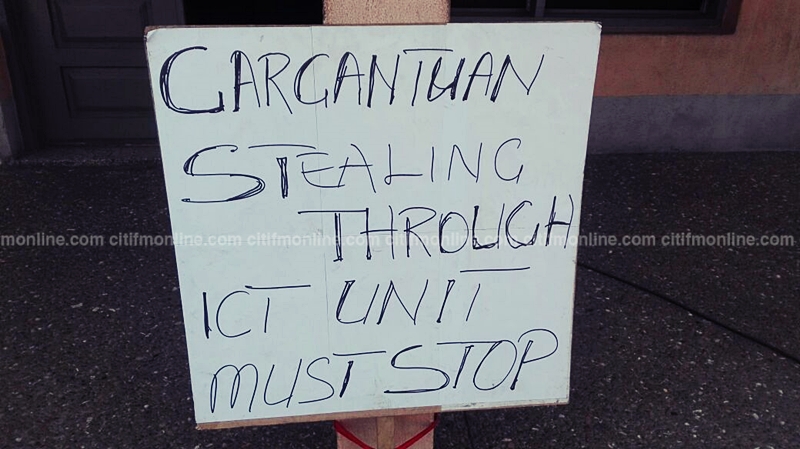 The workers were demonstrating on Thursday morning, where Citi News’ Phillip Nii Lartey spoke to a worker who alleged that the Head of ICT had been involved in some dubious deals “that have caused a lot of financial loss to the country.”

He also stated that, the main reason they were calling for the MD and Human Resources Manager to be sacked, was because they have failed to act on the workers’ concerns.

The worker also lamented that, some retirees were to receive some benefits owed them since 2012. 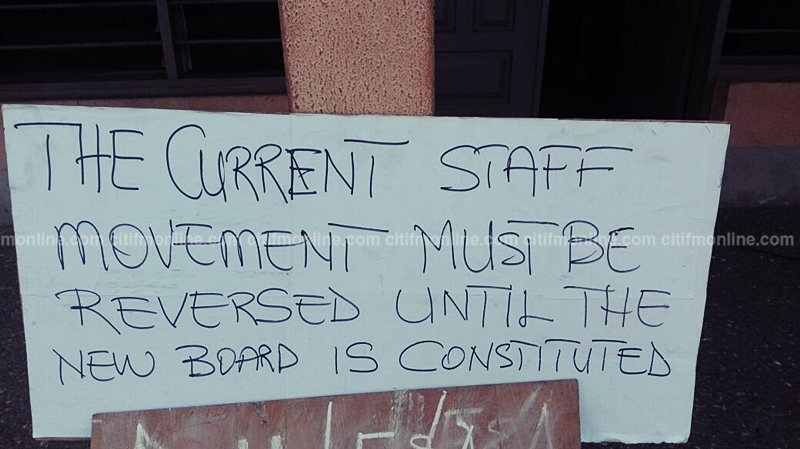 The workers’ provident fund that management is supposed to support, has also been in arrears for the past 20 months, according to one of protesters.

“So it ends up making the worker worse off in the sense that, this problem fund should be put in investments so that when the worker is going, he can get some huge sum of money to keep himself up. But it is being held for the past 20 months… So we feel that management is not giving workers what they deserve. They are not after the welfare of workers.”