President Nana Addo Dankwa Akufo-Addo, has called on the new Secretary-General of the United Nations (UN), António Guterres, to take the lead in effecting reforms at the UN, in order to promote and deepen international co-operation.

According to President Akufo-Addo, with the reform of the Security Council being the most debated topic at the UN since 1993, it is important that António Guterres, during his tenure of office, ensures the implementation of reforms of this important organ and indeed, all other organs of the UN. 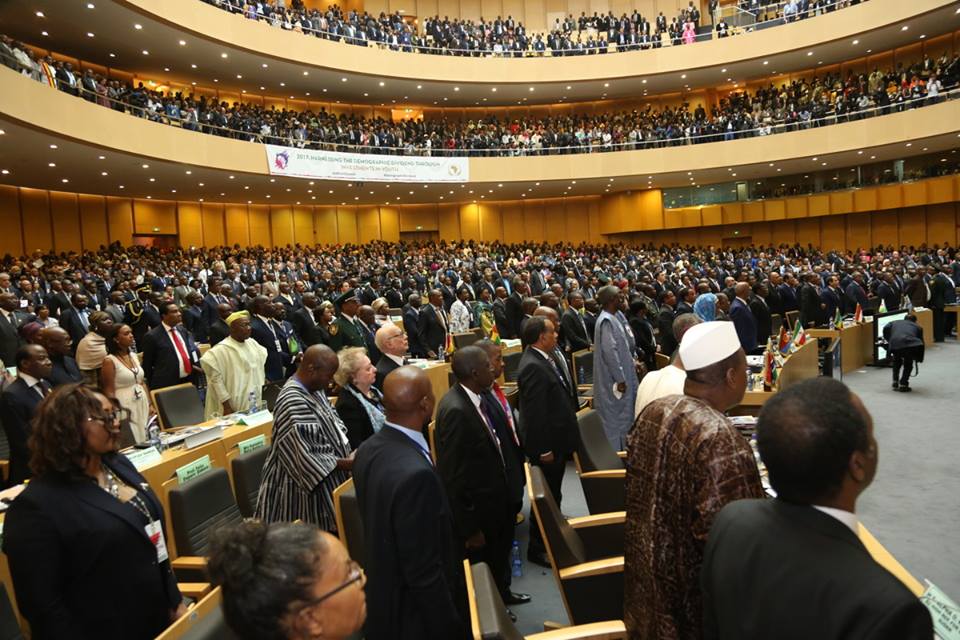 To this end, the President urged the new UN Secretary-General to ensure the realization of the Ezulwuni Consensus, a position on international relations and reform of the United Nations agreed by the African Union in 2005. 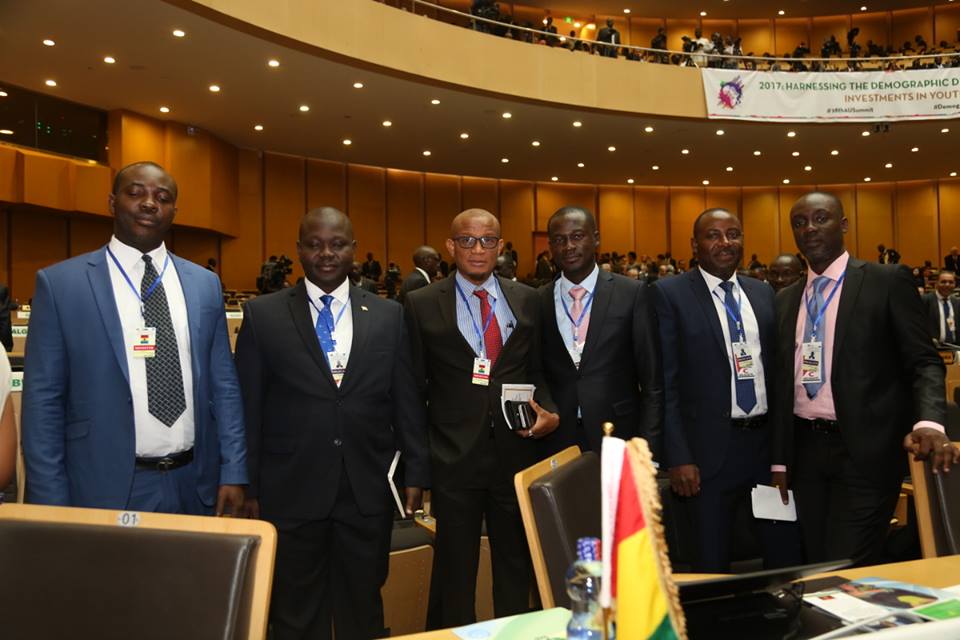 President Akufo-Addo was speaking at a breakfast meeting between African Heads of State and the new Secretary General of the United Nations, António Guterres, on Sunday, January 29, 2017, in Addis Ababa, ahead of the commencement of the Ordinary Session of the 28th Assembly of the African Union. 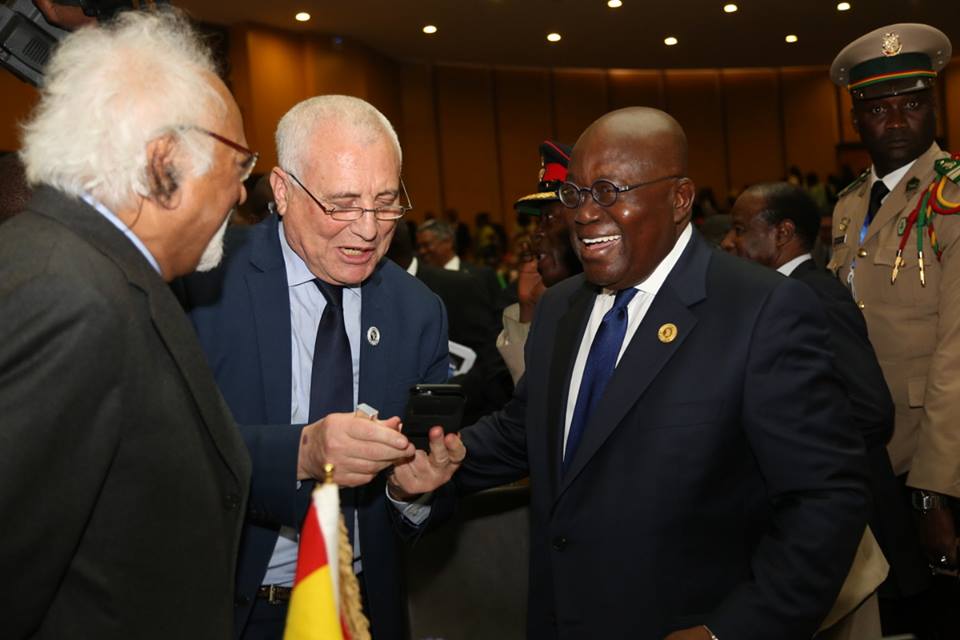 The President recounted how he as Ghana’s Foreign Minister and Chairman of the AU Ministerial conclave in Swaziland, in 2005, together with his colleague AU Foreign Ministers drafted the Ezulwuni consensus, which called for a more representative and democratic Security Council. 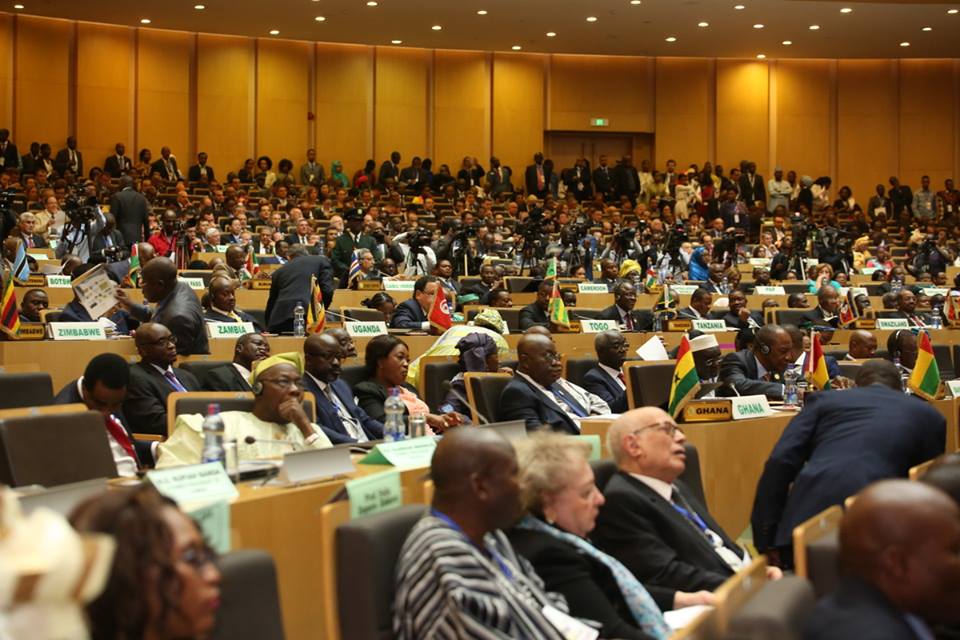 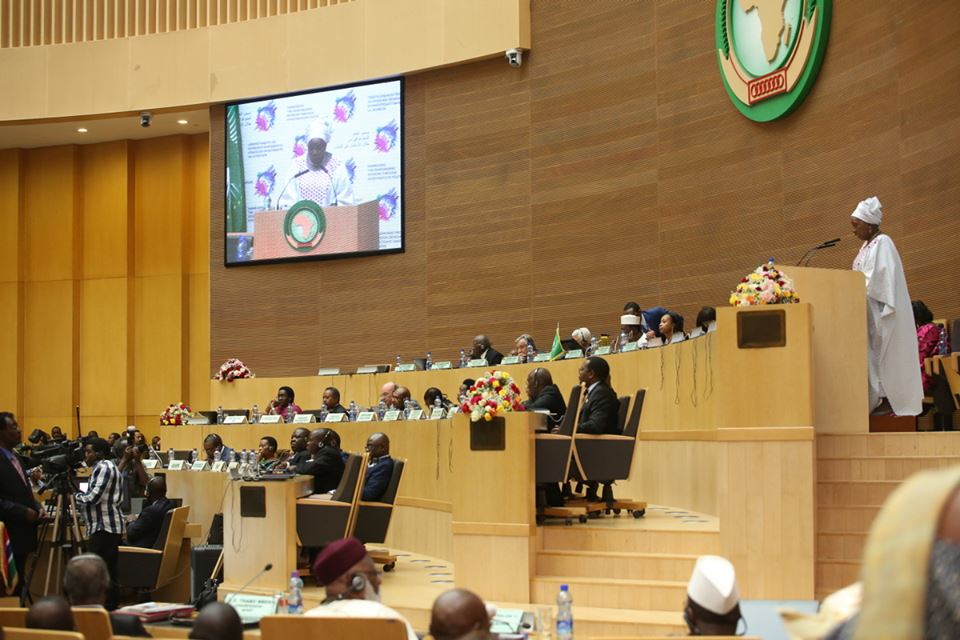 Nearly 12 years down the line, President Akufo-Addo lamented the fact that little progress had been made since the drawing up of the Consensus in Swaziland. He, thus, urged António Guterres to hasten efforts towards the full realization of this consensus. 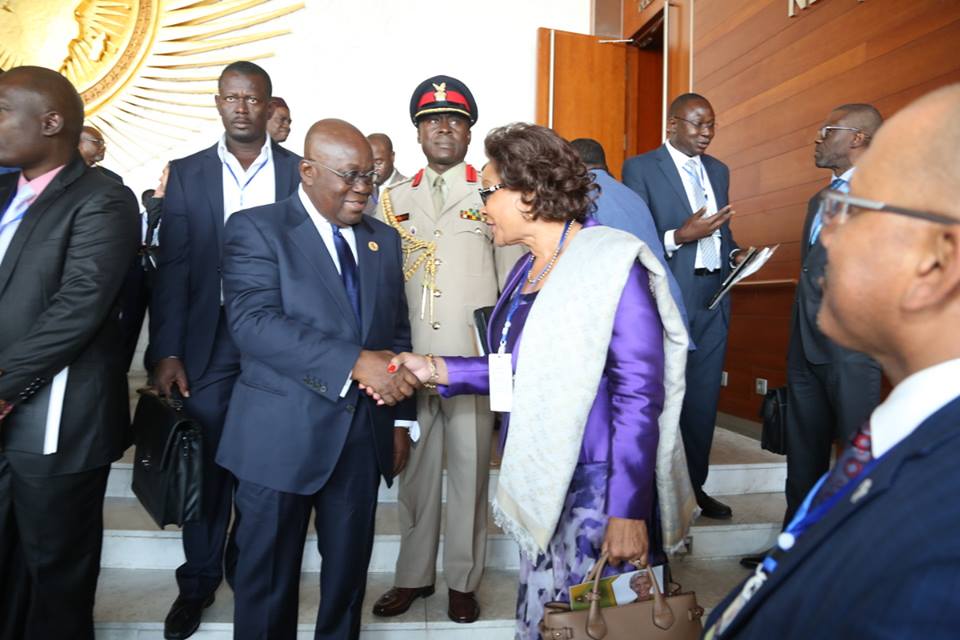 With the new UN Secretary General advocating “conflict management and prevention” as one of his topmost priorities in office, President Akufo-Addo expressed concern about the growing rift between some AU Member States and the International Criminal Court (ICC). 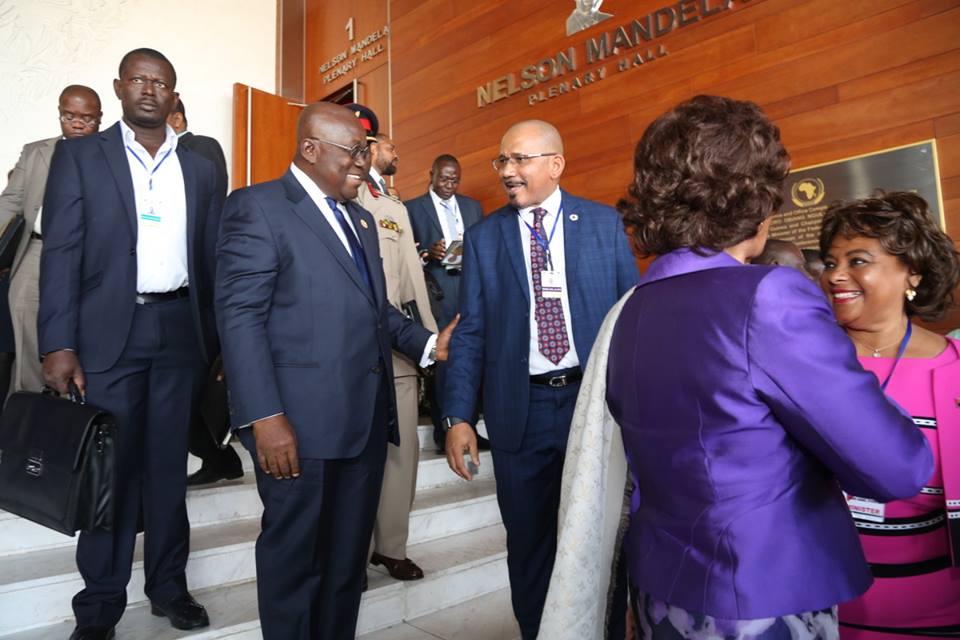 His concern was hinged on the fact that as many as 6 African countries in 2016, namely Gambia, Burundi, Uganda, Namibia, Kenya and South Africa, announced their intentions to pull out, and in the case of South Africa completely withdrew, from the tribunal, after claims of “inappropriate targeting of Africa” by the ICC.

To this end, President Akufo-Addo called for a closer engagement between the AU and the UN in the spirit of mutual respect and trust, and reiterated Ghana’s continued support and confidence in the ICC. 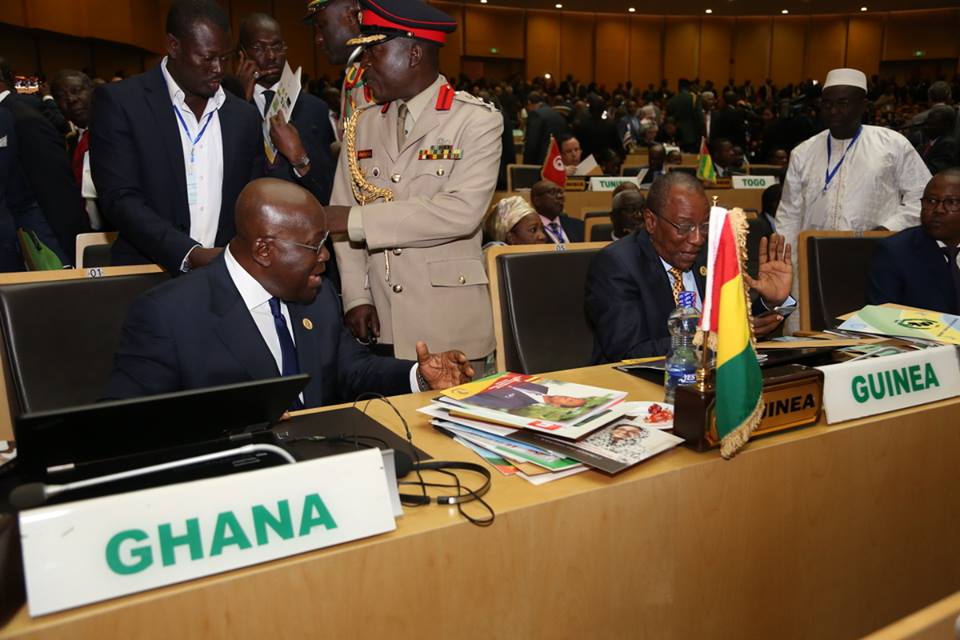 AU Agenda 2063
Addressing the meeting, in his opening remarks, the Chairperson of the African Union, President Idriss Déby Itno of Chad, outlined the areas of immediate concern to the AU, which should serve as the basis for an enhanced collaboration between the two organizations.

These concerns are in the areas peace and security, as well as the harmonization of the implementation of the Sustainable Development Goals (Agenda 2030), which was adopted by the UN General Assembly in September 2015, together with the AU’s Agenda 2063. 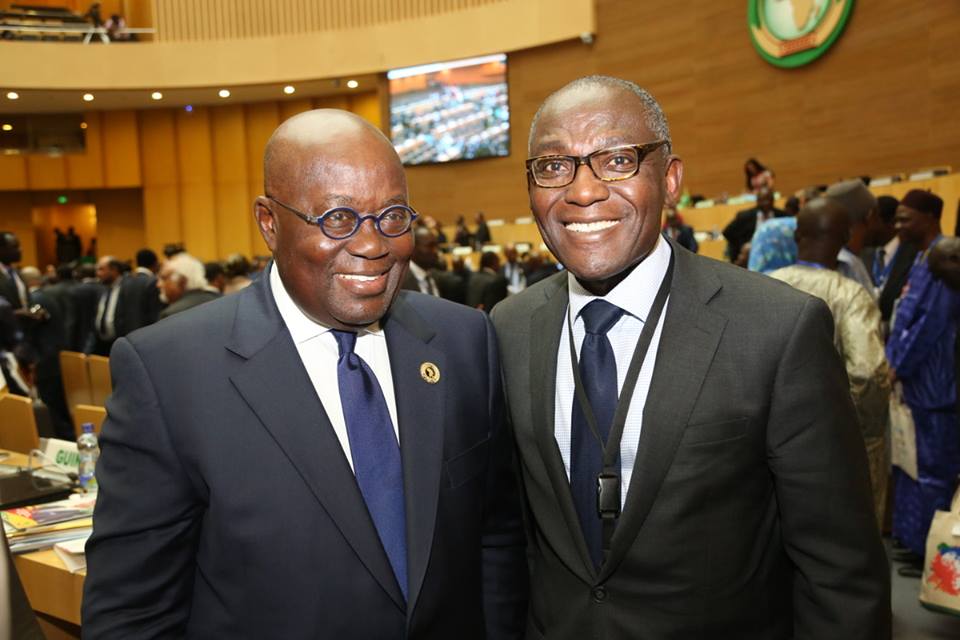 The meeting was also addressed by the outgoing Chairperson of the AU Commission, Dr. Nkosazana Dlamini-Zuma, who not only underscored the need for the UN to take Africa’s concerns seriously, but also the AU’s new approach to the funding of peacekeeping operations on the Continent.

At the 27th Ordinary Session of the AU held in Kigali, Rwanda, in July 2016, African leaders agreed to create a Peace Fund that would enable the continental body fund at least 25% of the cost of peacekeeping operations, with the remaining 75% being absorbed by the UN with resources from Member States’ assessed contributions.

The Chairperson of the AU Commission further called on the UN Secretary General to adopt a single reporting mechanism for the implementation of both Agenda 2063 and the Sustainable Development Goals (SDGs).

On his part, the UN Secretary-general welcomed the issues raised, emphasizing that without Africa’s strong participation and contribution, the UN’s initiatives aimed at resolving current global challenges will not achieve the desired results.

Therefore, in his view, the global order has to be urgently reformed to enable Africa play a central role in world affairs.

Has there ever been a new year? [Article]