Three other pupils were reported to be in a critical condition but are responding to treatment. The school is in the Asikuma Odoben-Brakwa District.

According to an eyewitness, there were visible cracks on the classroom building. 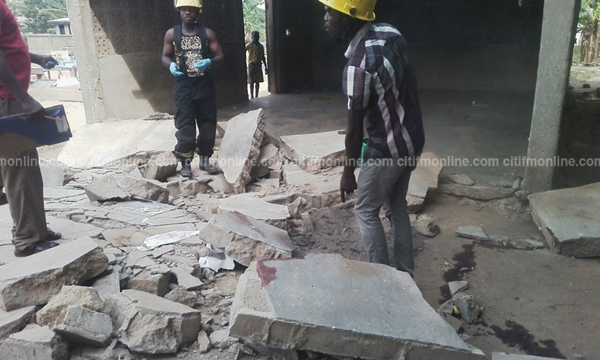 The Breman Asikuma District Director of the Commission on Human Rights and Administrative Justice, (CHRAJ) Samuel Donkor spoke to Citi News after visiting the scene.

The building collapsed when a class was in session, killing four of the children on the spot.

The others died when they were being transported to the Breman Asikuma Our Lady of Grace Government Hospital.

The police, ambulance and the fire service were at the scene to aid in rescue attempts. The school has however not been closed down for the day, according to Mr. Donkor. 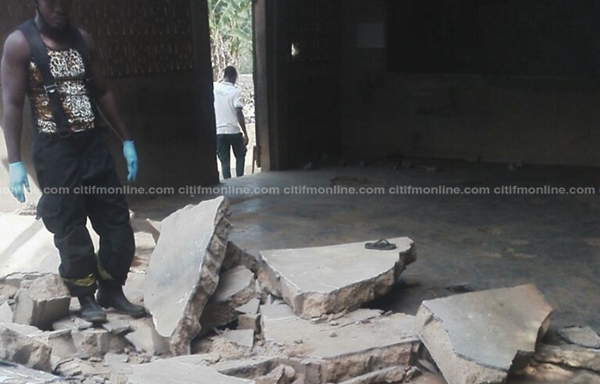 According to Mr. Donkor, he spoke to the headmaster of the school, who indicated that they were aware of the dilapidated state of the school building, for which the school’s  PTA decided to levy pupils to for repairs.

“He told me that at the last PTA meeting, they had decided to levy the children so that they will use the proceeds to renovate the place.”

Mr. Donkor further hinted that, CHRAJ may help the parents of the deceased and injured pupils to get some compensation from government.

“I left a message with the head teacher that if the parents come, they should tell them to come to the CHRAJ office so we assist them as to how they will get some compensation from the government,” he said.