A former Foreign Affairs Minister of The Gambia, Dr. Sedat Jobe, has recommended a military intervention to oust the country’s president of 22 years, Yahya Jammeh if dialogue fails.

Mr. Jammeh, who conceded defeat in the country’s presidential elections held on December 1, 2016, did a turnaround recently, calling for a re-run.

He subsequently filed a petition at the country’s apex court after some four West African leaders, led by Liberia President, Ellen Johnson Sirleaf, failed to broker a deal with Jammeh to accept the election results.

An ongoing 50th Ordinary Session of the Authority of the Economic Commission of West African States – ECOWAS in Abuja, Nigeria, is expected to among others, discuss the Gambia’s political situation.

But ahead of the ECOWAS decisions, Dr. Jobe, who served under Jammeh between 1998 and 2001, believes “the option of removing him by force is definitely an option” of getting the iron-fist ruler to leave the presidency. 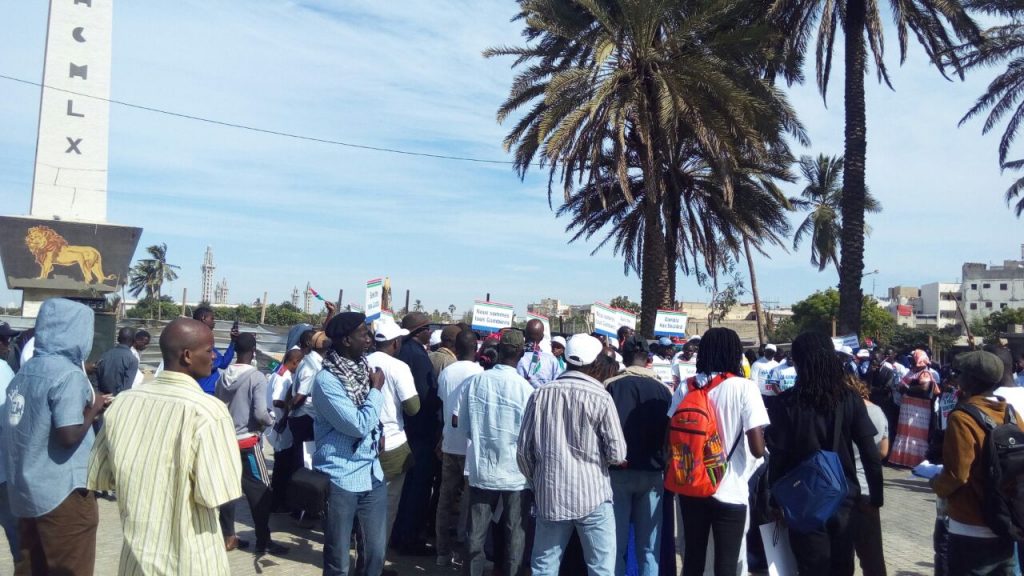 “It has happened in Liberia, it has happened in Cote d’ voire ; a very sharp rapid intervention to remove him and those who surround him will definitely give a lot of courage to the Gambian army who are ready to fight, but they do not know how to push him without bloodshed, he told journalists at a protest march organized in Senegal on Saturday, December 17, 2016.

The march, attended by several Gambians living in exile in neighboring Senegal, coincided with the ECOWAS session in Nigeria.

Despite proposing force, Dr. Jobe remains hopeful the West African Heads of State would be able to impress on the no-nonsense leader “to hand over peacefully”, saying, “it will be to his credit”.

It is unclear now what the fate of the president-elect, Adama Barrow is, as the January 18, 2017 handing over day, gradually draws closer. Security forces have already seized control of the country’s Independent Electoral Commission headquarters, further heightening tension in the small West African country.

Dr. Jobe fears a slow-paced resolution will plunge the country into irreversible calamity, welcoming all interventions to immediately reverse the looming crisis.

“Our problem in Africa is that, we are too slow to take decisions. This is so fragile that any rapid intervention from any state around who is doing it with the spirit of the UN and also the directive of the ECOWAS is mostly welcomed in the Gambia. If we stay discussing whether this is legitimate or not, we are wasting time. Jammeh has to be removed and we count on all those who will legitimately take a decision to remove him with force if he refuses to leave. Because he is an illegitimate rebel occupying a state”, he stated.

Even though he conceded that would have some fatal consequences, he said that is necessary if Gambians should be freed.

“A peaceful process is everybody’s response; but the options are there and we will not mind to go further to the next option, which is getting military relief. The bad side is that, we will lose our properties, lives and a lot of confusion, but notwithstanding that, if he won’t go peacefully, the military is invited and we will suffer for two days then we get our freedom for the rest of our lives”.