A private legal practitioner, Akoto Ampaw has urged Ghana’s Electoral Commission (EC) to withdraw its lawsuit challenging the judgement by an Accra High Court on the disqualification of the flagbearer of the Progressive People’s Party (PPP), Papa Kwesi Nduom from the presidential elections.

Speaking on The Ghana Report TV show on Monday, Mr Ampaw expressed shock at the move by the Commission, given the limited number of days to the country’s general elections. 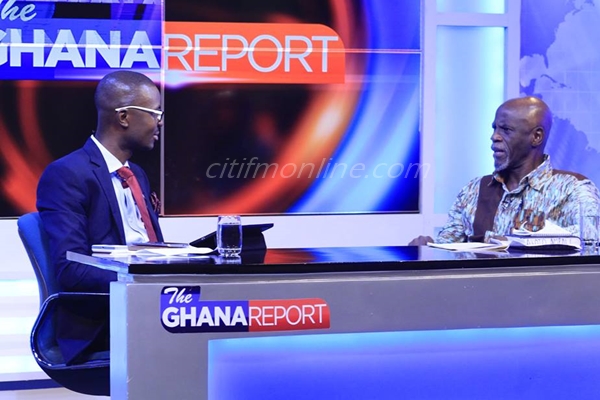 Mr Akoto Ampaw suggested that the EC may not succeed in its bid to have the judgement overturned at the Supreme Court.

He argued that the superior courts are assumed to know the law hence such cases against its judgement at the Supreme Court can only be won on the grounds of conditions including the lack of jurisdiction or the principles of natural justice.

On Friday October, 29, an Accra High Court ruled in favour of the flagbearer of the Progressive People’s Party (PPP) Dr. Papa Kwesi Nduom who challenged his disqualification from the presidential contest in the 2016 elections by the Electoral Commission.

The EC had disqualified Dr Nduom due to some errors it had identified in the latter’s nomination forms but the court, presided over by Justice Eric Kyei Baffour directed the commission to allow Dr. Nduom correct the errors on the nomination form and be afforded the opportunity to contest in the elections.

The court noted that the EC erred in its decision and disobeyed its own rule stated in Regulation 9 in the CI 94.
‘EC runs to Supreme Court over High court judgement’

Electoral Commission on Monday [October 31], said it will appeal the High Court judgement that quashed Dr Nduom’s disqualification from the December 7 presidential polls.

A statement signed by the Head of Communications at the EC, Kofi Dzakpasu, said the commission has filed an application for review of the ruling at the Supreme Court to seek clarity on the matter.

The statement said its decision to disqualify the aspirant, is in the interest of public policy and credibility of the electoral process.

“In the interest of public policy and the credibility of the electoral process, the Commission has today [Monday, October 31, 2016] filed an application at the Supreme Court to quash the High Court decision and seek clarity on the relevant aspects of the law on candidate nominations,” the statement said.