A tsunami has hit after an earthquake struck New Zealand’s South Island.

The US Geological Survey said the magnitude-7.8 quake hit just after midnight (11:02 GMT on Sunday), some 95km (59 miles) from Christchurch.

The tsunami arrived in the north-eastern coast about two hours later. Officials said the first waves may not be the largest, with tsunami activity possible for several hours.

Residents were warned to head inland or for higher ground along the coast.

Smaller waves are said to be arriving in Wellington and other areas, the website said.

But the ministry of civil defence has said the highest waves, which could be as tall as 5m are expected between Malborough, the north-eastern tip of the South Island, and Banks Peninsula, just south of Christchurch.

Residents in the Chatham Islands, an archipelago 423 miles (680km) south-east of the mainland, were also being warned a wave would hit imminently by the civil defence.

Thousands of people have already evacuated their homes as aftershocks continue to hit the area, Radio New Zealand reported. 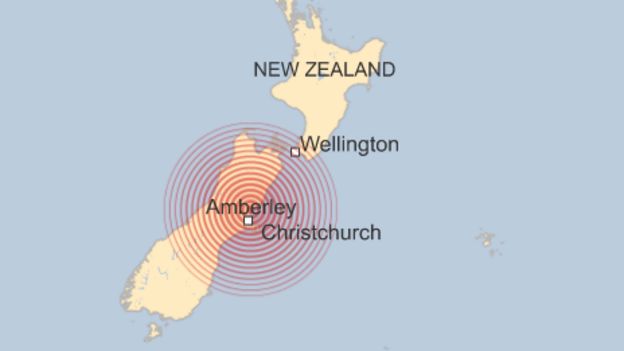 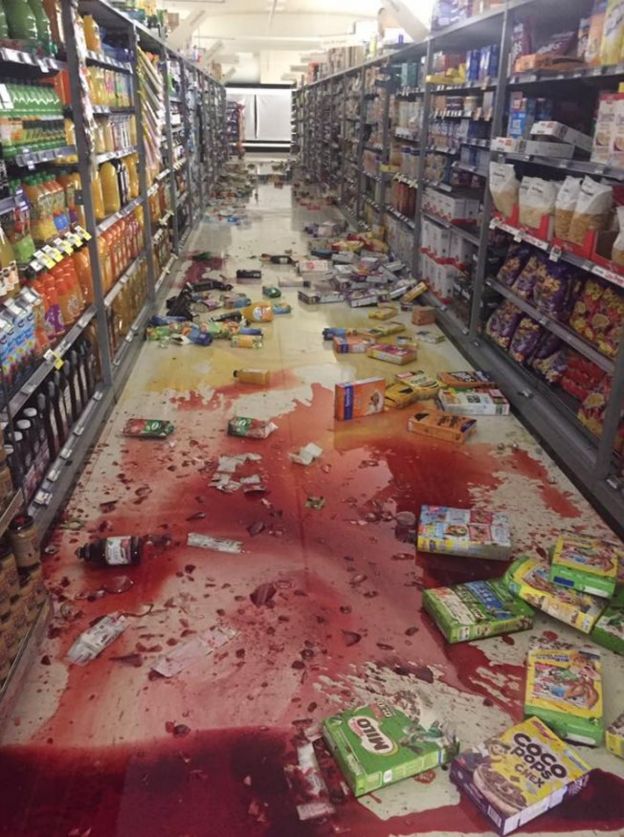 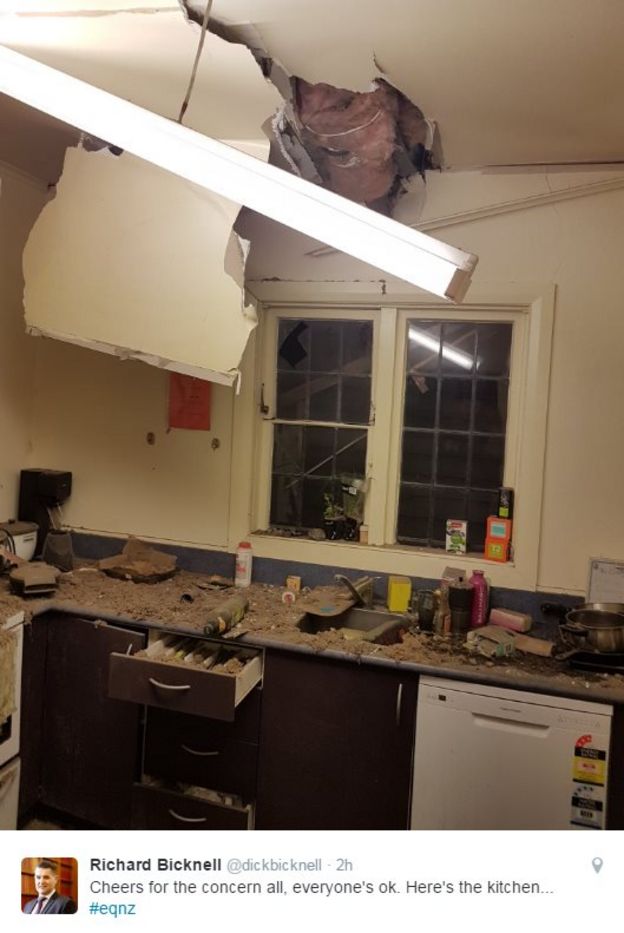 Others have taken to social media to offer people a safe bed for the night.

New Zealand lies on the notorious Ring of Fire, the line of frequent quakes and volcanic eruptions that circles virtually the entire Pacific rim.

Christchurch is still recovering from the 2011 earthquake that killed 185 people and destroyed the city centre.

The Herald newspaper said the tremor was felt all the way to Wellington, where sirens sounded and people fled buildings into the streets, some of them crying.

Early reports suggested some houses in Cheviot town, near the epicentre, have been damaged.

But Chris Hill, a fire officer in Cheviot, said officials had gone door to door evacuating residents and found “everyone seems okay”.

He told RadioNZ: “There’s a lot of debris in houses, but at this stage it doesn’t look like anything too bad has happened.” 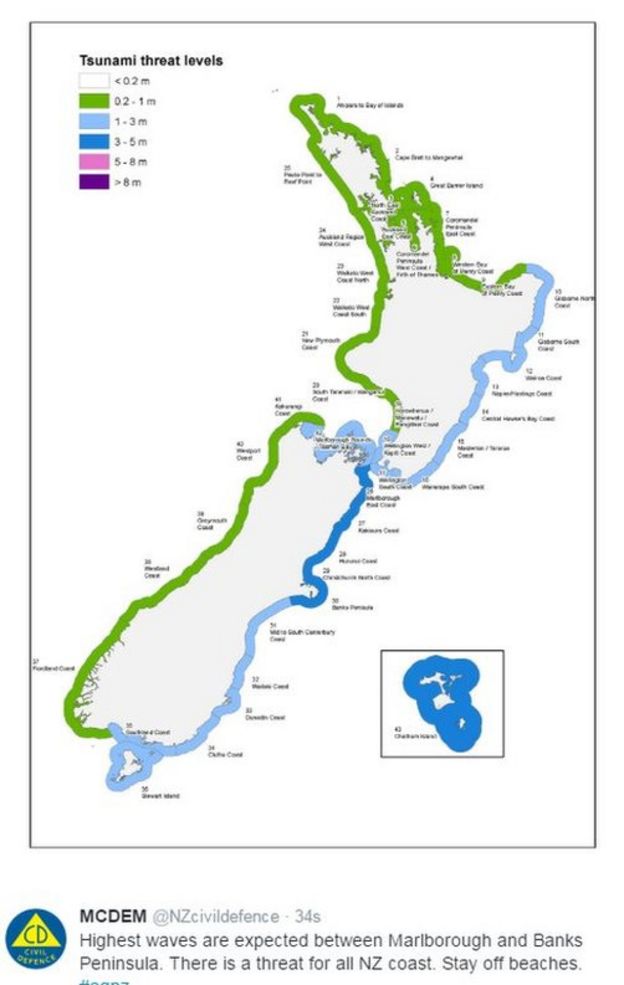 New Zealand’s GeoNet suggests the earthquake may have been only a magnitude-5.5 tremor.

A resident of Christchurch said the tremor lasted a “long” time.

“We were asleep and woken to the house shaking, it kept going and going and felt like it was going to build up,” she told AFP news agency.

On Twitter, Hayley Colgan described it as “the the most terrifying earthquake I think I’ve felt in my 23 years in New Zealand”.

A magnitude-7.1 quake struck 169km (105 miles) north-east of Gisborne on the North Island in September, sparking a tsunami warning. It caused some damage to property, but no injuries.