The Ghana National Commission on Small Arms in collaboration with the National Commission for Civic Education(NCCE) has organized a one-day sensitization forum with political parties and residents of the Bolgatanga municipality for peaceful elections ahead of the December polls.

According to the Commission, the stakeholder engagement was necessary for a peaceful elections with over 5000 hotspots have been identified by the police in this year’s election.

Speaking in Bolgatanga on the theme: ‘Armed Violence; A threat to Democracy and Development’ Executive secretary of Small Arms commission Mr. Jones Applerh, educated residents on the dangers of arms proliferation particularly during the electioneering year and their roles to curbing the menace for a peaceful elections.

“In a baseline survey that we contracted the Kofi Annan center to do for us, revealed that one of the things that leads to the proliferation of arms is elections.

So our engagements with the people of  Bawku, Bolga, Bimbila and others is to draw the attention of the general public to that fact that, they have a role to play in ensuring peaceful election and security before, during and after the elections”.

He urged citizens to volunteer information to the security agencies on persons in possession of illegal arms to curb the dangers of arms proliferation in the region. 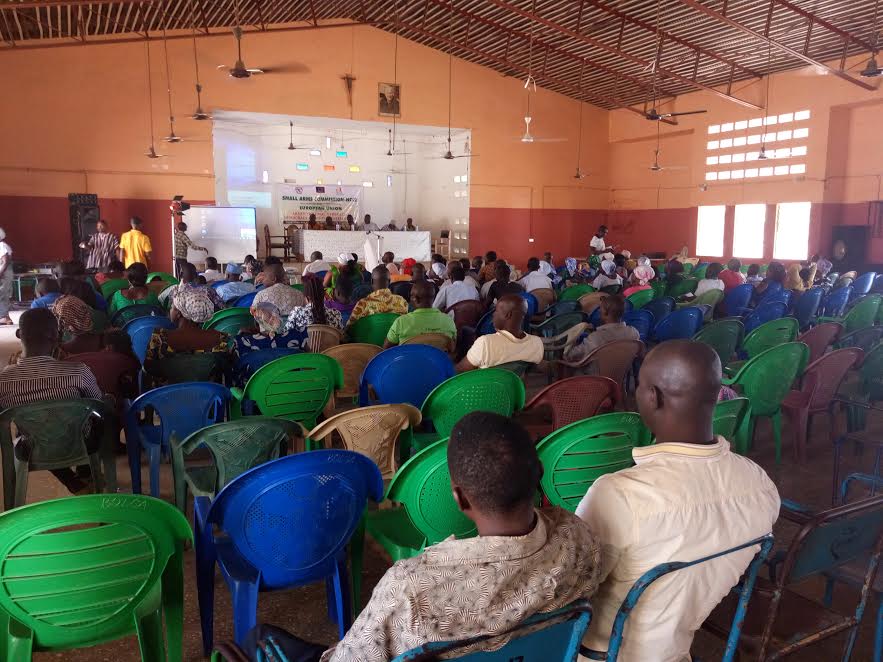 Mr. Applerh added that, the Upper East Region was ranked 8th of the survey on arms proliferation in the Ghana. This according to him was as a result of pockets of chieftaincy disputes and the porous  borders.

Bolgatanga municipal director of the NCCE, Mr. Gomez Adongo admonished the general public to be vigilant on persons either possessing or bring in illegal arms and report them to the security agencies.

Participants pledged their commitments to contribute in the fight against proliferation of arms towards a successful peaceful elections and thereafter.

The programme was supported by the European Union.

Match Preview: Pharaohs go in search of revenge against the Black Stars