The last of the series of debates involving youth representatives of the various political parties, has ended at the University of Ghana campus, Legon, where debaters tackled unemployment and corruption among others.

The debate series was designed to provide a platform to assess which of the parties in this year’s election best responds to issues affecting the youth and women. 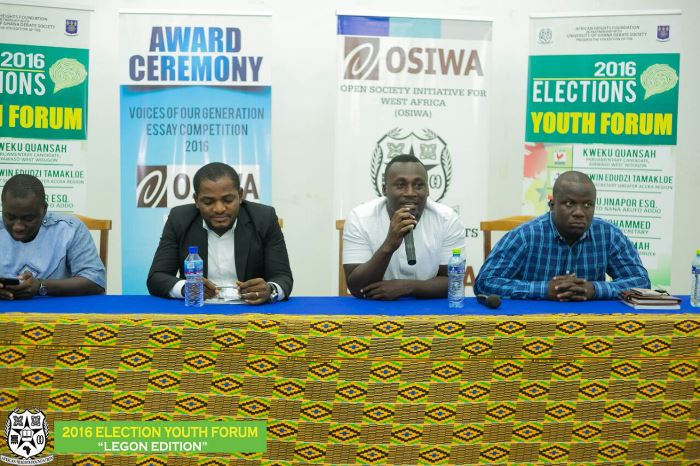 The NDC’s Lawrence Lamptey in his submission, insisted the Government has created lots of jobs particularly in the construction sector.

He pointed to the on-going infrastructural development projects, promising the NDC administration if retained will create thousands of jobs. But, all the opposition parties disagreed with the NDC’s assertions.

The NPP’s representative at the debate, Abu Jinapor, touted the party’s industrial agenda including the one district, one factory promise as the blue print for job creation. 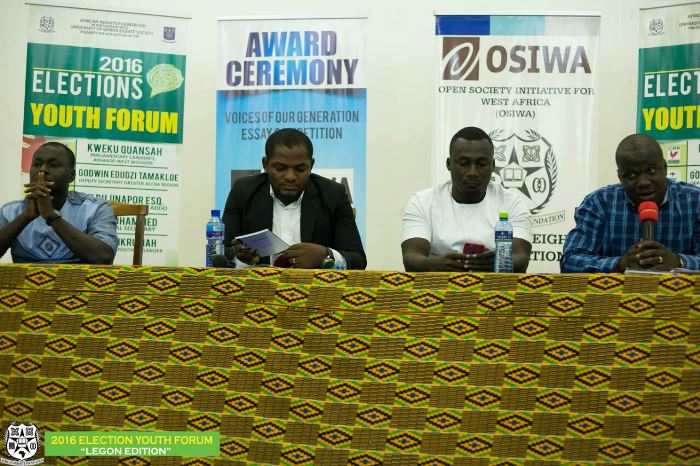 On corruption, the general secretary of the PNC, Atik Mohammed, said the ruling party has shown that it lacked the credibility to fight corruption. He said a PNC administration will set up the office of an independent public prosecutor to prosecute corruption officials.

The CPP was represented by its parliamentary candidate for the Ayawaso Wougon constituency in Greater Accra Kweku Quansah. 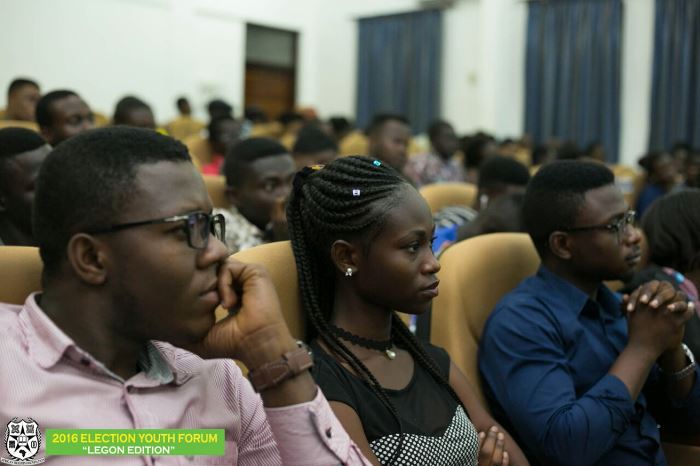 The debate, which was held in four major public universities, commenced in March 2016, and has already taken place at the University for Development Studies Tamale campus, University of Cape Coast, and the Kwame Nkrumah University of Science and Technology in Kumasi.

The Tamale Debate, which was the first, took place on the 12th of March at the University of Development Studies (UDS) campus in Tamale. 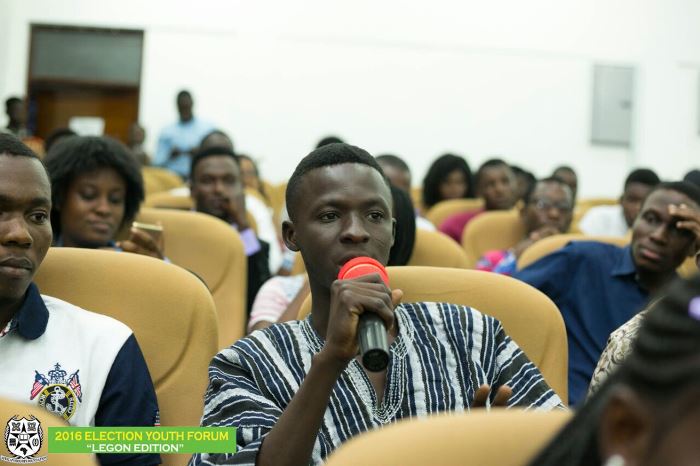 The debate train later stopped at the University of Cape Coast in the Central Region on Friday 8th of April 2016, where youth leaders of the five political parties debated on the thematic areas of poverty reduction and economic development, the right to education and skills training (Youth employment), energy and natural resources, the justice system and the rule of law and women’s empowerment.

The next debate took place at the Kwame Nkrumah University of Science and Technology- KNUST in August, which was an all-female contest.

The African Heights Foundation is a not-for-profit organization, based in Accra, Ghana, dedicated to using the tools of education, advocacy and civic participation to raise leaders and active citizens excelling in various sectors of society in Ghana and Africa.

The Foundation also focuses on developing leaders and citizens with a sound understanding and a deep commitment to quality education, democracy, economic development and human rights as underlying values for building a peaceful, prosperous and ambitious country.
–