A statement signed by the Chief of Staff at the Manhyia Palace, Kofi Badu said the life patron of the club had given the new CEO a three year mandate within which he is expected to steer the club to higher heights.

Otumfou Osei Tutu II on Friday [November 11] announced a dissolution of the previous management and board of the club following the expiration of the tunure of the Board of Directors for the 2015/2016 Premier League Season.

According to the statement, Dr Kyei, will head the Executive board members that will be constituted by the Asantehene.

The statement said, “Dr Kyei has been mandated to reshape the administrative structure of the club to infuse professionalism and competence at all levels of operations. The ultimate objective of the mandate is to consolidate the position of Kotoko at the top of the domestic league and advance further to take its rightful place among the elite clubs of Continental African Soccer.”

55-year-old Dr Kyei has been a lifelong supporter of Asanta Kotoko Sporting Club.

Read the full statement below: 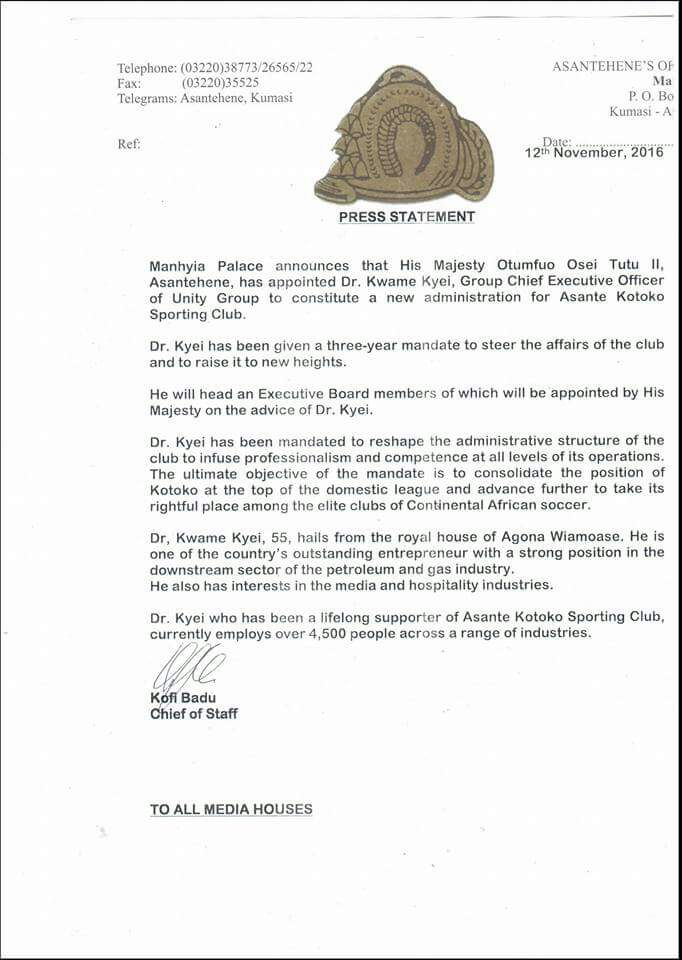