The New Patriotic Party (NPP) has uncovered yet another grand scheme by its opponents to rig the December polls.

According to the party’s Director of Elections, Martin Adjei-Mensah Korsah, they have uncovered a major security breach at Innolink, the company printing the ballot papers for Greater Accra and Volta Regions. 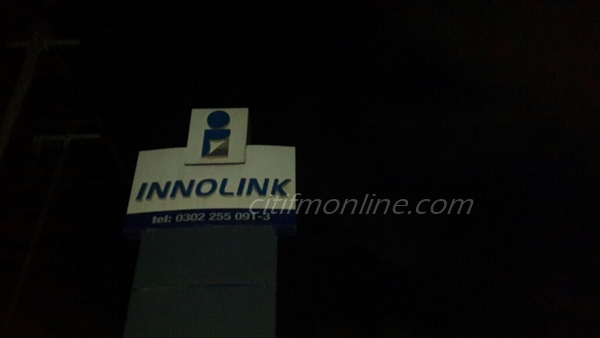 The party alleged that the plate used for printing the ballot papers was sneaked out by an official of Innolink to be given to an unknown person, which they say is unlawful and a breach of the process.

Speaking to Citi News, Mr. Korsah said they have lodged a complaint with the police, but called for a full scale investigation into the matter.

He narrated that, “the report was that the production manager, one Anderson, had handed over a production plate to a gentleman who entered and moved out with the plate.”

“According to my agent, the plate that he saw was exactly the size of the presidential ballot. I immediately requested that he hand over the phone to the production manager, Anderson, so I could inquire about this.”

“When I got him on the phone, he admitted giving the plate to a gentleman who took it out of the place. Except that for over 10 minutes, he could not confirm or tell me exactly where the plate was, but after pushing for 10 minutes he admitted it.”

Mr. Korsah was adamant that NPP would not let this allegation slip under the radar.

“This story is not going to die. At the very least, we may have to destroy all those ballots there because it seems to suggest that it is hugely compromised. So we may have to work at it… everybody is alarmed, concerned so we cannot treat this story lightly.”

At the time of this report officials of Innolink were not available for comments.

NPP’s other allegation of rigging

The NPP had earlier requested an emergency meeting of the Inter-Party Advisory Committee (IPAC), over what it described as an illegality; the printing of pink sheets without serial numbers.

The NPP said it identified the anomaly when it visited Aero Vote, the company contracted to print the pink sheets for this year’s elections.

However, the Electoral Commission (EC) dismissed these allegations describing them as false claims.

Describing the allegations as regrettable, the Commission said the NPP would have been better served raising concerns with it rather than “rush to the media with unfounded claims of non-existent plans to manipulate election results.”