Ninani Group CEO, Joel Nettey, and his team making a presentation to reps of the Shekinah Clinic.

The Ninani Group of Companies on Thursday made a donation in support of Tamale-based Shekina Clinic, the facility left behind by the late Dr. David Abdulai, a celebrated philanthropist.

Several persons who attended the donation ceremony, also donated various amounts to support the Clinic. The items donated were received by representatives of the Clinic at the event held in Accra.

[contextly_sidebar id=”oVBymUmiskGXv7C7Nr6zCrqyO3rmJeUF”]The items included cooking oil, syringes, muliti-vitamins, tins of mackerel and cassava dough among others. The Shekina Clinic, a health facility founded by the late philanthropic doctor, Dr. David Abdulai, aka ‘Mad Doctor’,  is home for the destitute and the poor.

The medical doctor dedicated his life to supporting the poor and the homeless; until he passed away in October after battling thyroid cancer.

Donating the items, Mrs. Olivia Cudjoe, CSR Lead at Ninani Group, said”As a group, one of our core values is ‘giving’. We believe that both as individuals and a group we have been immensely blessed and it is important that others benefit from what we have received. As such, every year for the last 4 years since we’ve been in business, we have made the effort to identify a cause we feel will benefit from our support.” 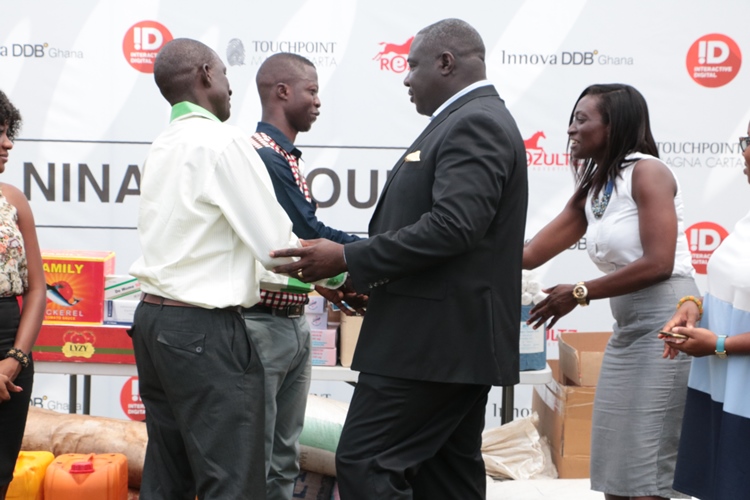 Joel Nettey, Chief Executive Officer (CEO) of the Ninani Group, in his speech during the handing over ceremony, called on all to support the needy in society; a gesture which according to him, cuts across the two known faiths of Islam and Christianity.

He noted that, “we started with the Accra Psychiatric Hospital. If God gives us life, we would continue to support the needy in other areas. We would encourage others to consider donating their clothing to the needy.”

When the floor was opened at the offices of the Group for individual donation to the clinic, an amount of GHc20,000 was raised – a figure beyond the imagination of the assembly of sympathizers of the clinic and staff, most of who made personal donations.

The MC  for the occasion, touched by the story of Shekinah, donated a thousand Ghana cedis.

One lady, who was singled out for commendation by the CEO, was Sardia Mould, for her efforts in putting the support programme together. 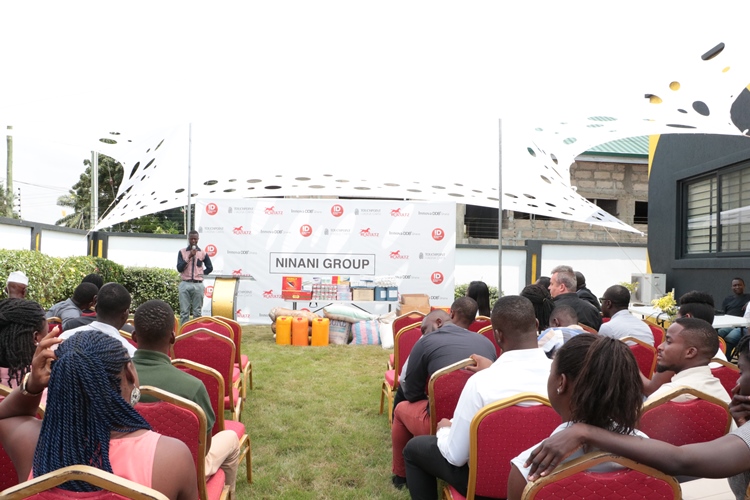 He said “she went to the Nima market to purchase the items.”

The Shekinah Clinic was established by the late Dr. David Abdulai to provide free medical care to the needy, and mental patients including a popular food-on-wheels programme.

Upon his transition recently, the sustenance of the humanitarian programme became a preoccupation of many. The intervention of NInani Group of Companies joins the long list of supporters of the many destitute, homeless and lunatics in Tamale and beyond, who depend on Shekinah for survival.

A representative of Shekinah Clinic, Seiba Issifu,who received the items from Ninani, expressed gratitude to the Group for the gesture.

Ninani Group of Companies, a leading name in the integrated marketing communication industry is made up of five companies.

The Group has signed a Memorandum of Understanding with the Communications Department of the Kwame Nkrumah University of Science and Technology, Kumasi, based on which two outstanding students would be awarded with cash and an opportunity to do an internship  with the Group.