President and Chief Executive Officer (CEO) of Groupe Nduom, Dr. Papa Kwesi Nduom, has cut sod for the construction of a 100-tonne rice milling factory at Assin Breku in the Central Region.

The sod-cutting ceremony was well attended by traditional leaders, rice farmers, and hundreds of youth in the area, who are looking for job opportunities.

This follows the commissioning of the refurbished 72-tonne Worawora Rice Mill Factory in Worawora in the Volta Region on Tuesday.

The rice, to be knwon as Edwumawura Rice out, is expected to be out on sale in November, this year. 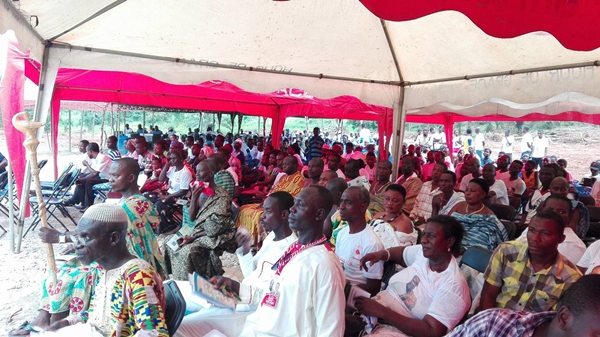 Addressing the chiefs and people of Assin Breku, Dr. Nduom recounted that he went to area to campaign for votes and heard complaints from the townsfolks, most of whom are rice farmers, that their rice was going to waste and needed help.

He explained that, he met with his managers and tailored a way to solve that challenge. Dr. Nduom decried the lack of development in the area, and added that, if the community works with him, they will get the social amenities they lack.

He disclosed that, farmers in other jurisdictions such as (Europe, Asia and America) are living well, and same could be replicated in the area within five years. 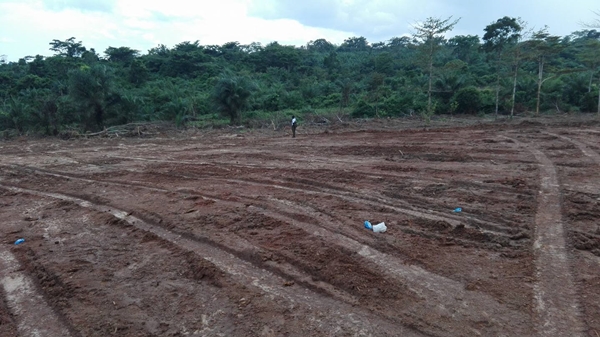 “Business will commence after completion of the mill in April 2017. After Easter, farmers won’t pound rice again. Machines will do that. Rice farmers will be given training to be able to cultivate good and high quality rice for milling” he said.

…If the business grows, combine harvesters will be brought in to replace manual harvesting by farmers. It is my hope that we can work steadily with other investors throughout the country to halt rice importation in 2020.”

The business mogul told the people that, the Worawora Rice Mill Factory is working and assured them same will happen in the area.

He thanked the chiefs for the land and his staff for their hard work.

He believes that Ghanaian farmers should be enjoying that money as the amounts can be used to develop rice growing communities and create thousands of jobs.

President of Assin North Rice Farmers Association, Mammoud Kwaku Oppong, said that the association was given land to cultivate with support from the African Development Bank (ADB) and the Agriculture Ministry, yet they need more funds and machinery.

He added that, many more farmers will benefit from Dr. Nduom’s initiative.

Sanaahene of Assin Breko, Nana Asare Baffour, who spoke on behalf of all the chiefs who number 49, declared support for Dr. Nduom, saying he is a man of his words unlike others.

He told the people that, the factory is the outcome of a meeting held between the chiefs and Dr. Nduom few months ago.

He also appealed for a bank in the area, to also enable them save money from their cocoa and sale of rice. Dr. Nduom assured them that the factory will be coming with a bank.