Flagbearer of the opposition New Patriotic Party (NPP), Nana Akufo-Addo, has started a four-day tour of the Western Region.

His visit will see him tour some 11 constituencies in the southern belt of the Western Region.

On Friday November 4, Nana Addo started his tour with a radio interview at Skyy Power Fm in Takoradi. During the interaction, Nana Addo pledged that, his government will support the private sector to facilitate job creation.

“We will also revamp the railway sector to facilitate growth and to relocate the Ghana National Petroleum Corporation, GNPC headquarters to the Western Region.” 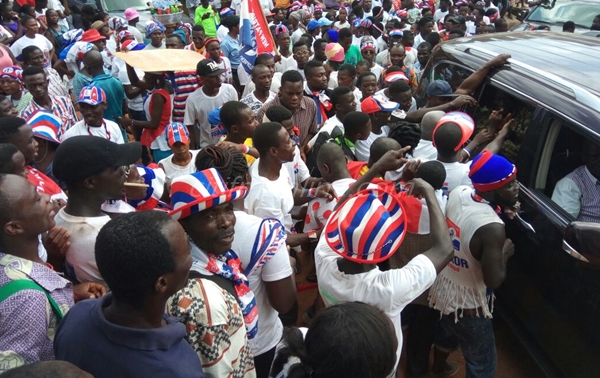 He also reinstated his commitment to create the Western North Region when voted into office.

Nana Addo and his entourage then left Takoradi for the Mpohor Constituency. At Mpohor, Nana Addo visited the Omanhene of the Mpohor Traditional Area, Osabarima Kow Enstei II.

He promised the chiefs and people of an equal distribution of development across the country, in a Nana Addo led government when voted into office come December 7. 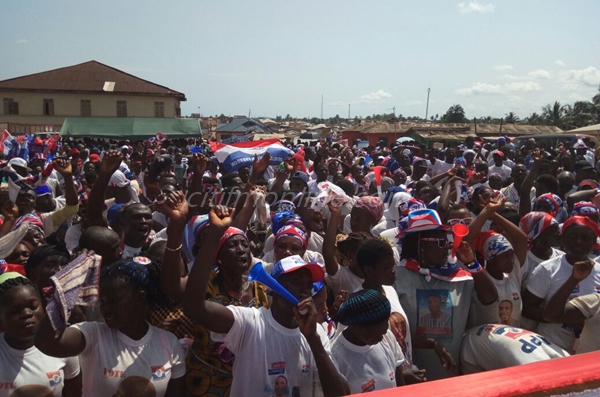 He also took the opportunity to unveil a plaque in honour of Mr. Stephen Okraku; a founding Member of the NPP in the western region on a three-storey building community complex yet to be completed. He proceeded to lay a wrath on the tomb of Mr. Okraku.

Nana Addo was welcomed by a mammoth rally at Ateiku in the Wassa East Constituency, after addressing a similar gathering at Mpohor.

At Ateiku, he reiterated his commitment to strengthen the NHIS, and to fulfill his promise of the free senior high school, one district one factory, and a pledge to revive the cocoa sector. 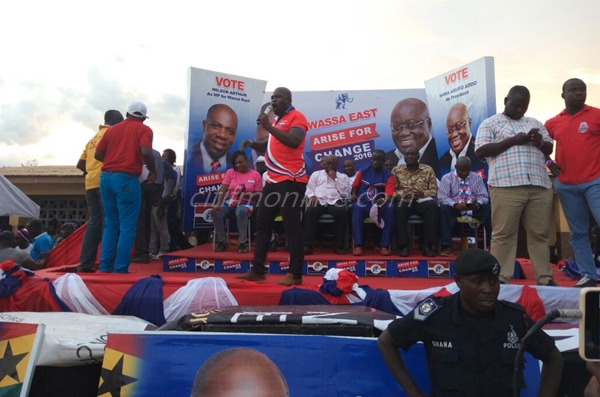 He finally introduced the Wassa East parliamentary candidate for the NPP, Wilson Arthur, who’s the CEO of Skyypower FM, to the constituents, and asked them to vote for him.

He left the Wassa East for Shama constituency.

“President Kuffour did it for fishermen. Apart from the inputs, we will construct a fish processing plant here at Abuesi as part of the One District One Factory policy of the NPP”.

He called on the constituents in Shama, to vote him and the NPPs parliamentary candidate Ato Panford.

Nana Addo ended his day one tour at the Takoradi Polytechnic where he addressed students of the polytechnic.

Day 2 of Nana Addo’s visit will be in the Ahanta West, Kwesimintsim, Effia, Takoradi, Sekondi and the Essikadu/Ketan constituencies.

Geriatrics to be mainstreamed into health delivery