Nana Ntaboah Prah IV, Chief of the Prestea Traditional Area in the Western Region, has joined the list of chiefs blatantly endorsing presidential candidates of the two main parties in this year’s polls, the NDC and the NPP, by publicly endorsing the second term bid of President John Mahama.

The young chief, said the government had done enough to deserve a second term in office, and thus John Mahama, must be allowed to continue [toaso] his good works.

Nana Prah also urged his people to vote for the National Democratic Congress (NDC) in the upcoming December 7 general elections.

The Prestea chief made the endorsement when Vice President K. B Amissah-Arthur, paid a courtesy call on him at his palace to start his four-day campaign tour of the Western region. 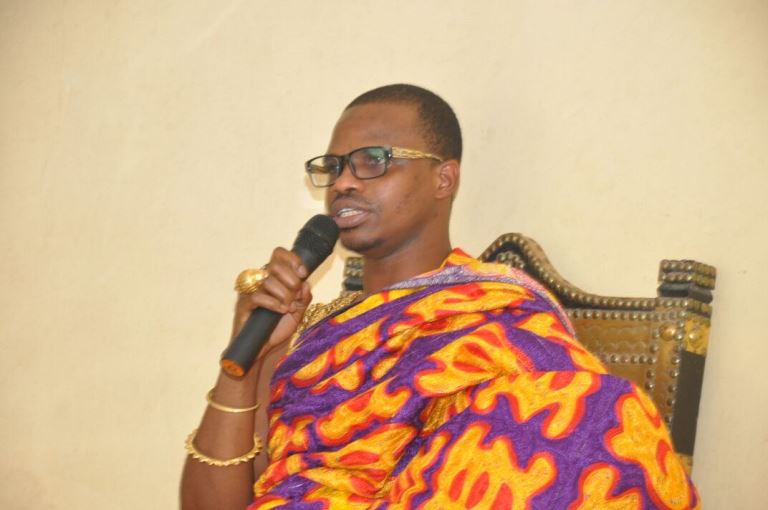 [contextly_sidebar id=”hscVeg3p0Vy3VTzD2chTpgFqg0kSlTij”]Nana Ntaboah Prah IV, expressed confidence in President Mahama to make Ghana better place for all,  if re-elected, after a sterling performance in his first term.

He said, President Mahama if re-elected, will take Ghana to the promised land.

“I am assuring President Mahama of my total commitment and support; and we will not disappoint him in the upcoming December 7 elections. I will also entreat my people to come out in their numbers and vote to enable him continue his good works,” the Chief said.

A letter to the EC boss [Article]