Reports indicate that confusion nearly broke out at the Manhyia Palace between President John Mahama’s security detail and some mourners at the one-week celebration of the death of the queen-mother of the Ashanti Kingdom, Nana Afia Kobi Serwaa Ampem II.

Hundreds of sympathisers had converged on the Manhyia Palace to mark the one-week celebration. 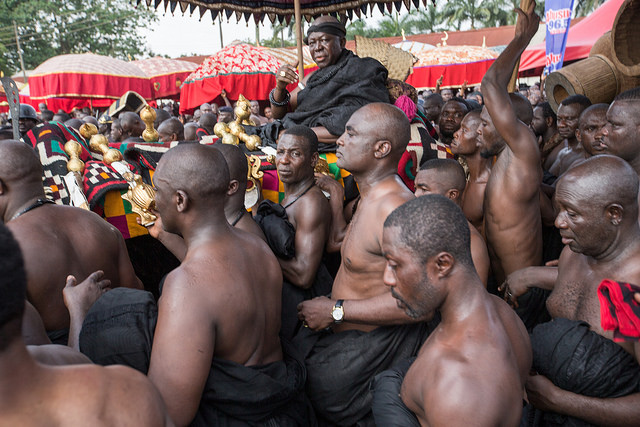 Some mourners were seen making the New Patriotic Party’s (NPP) change sign when President John Mahama arrived on the grounds.

“We are all here mourning, not to fight but they want to use the occasion for a political campaign and we will not allow that,” one angry resident stated.

“Suddenly one of President Mahama’s security details pulled out a gun threatening to shoot at us. I saw the gun. We won’t sit and let them come to our land and threaten us. No matter what they do, change is coming.” 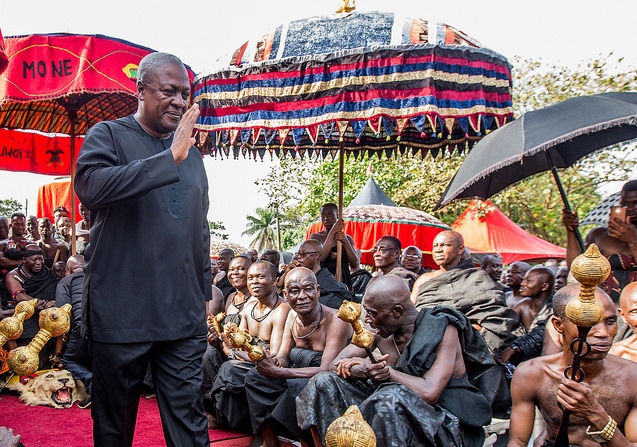 Apart from the people from the region, scores of government officials and politicians have also joined the chiefs to mourn with the Asantehene Otumfuo Osei Tutu.