The Ghana Police Service has conferred honours  on sports men and women in the service as part of efforts to encourage them to aspire to greater heights.

The Inspector-General of Police (IGP), Mr John Kudalor, who conferred honours on the deserving sports men and women at a brief ceremony in Accra, said the ceremony was also aimed at recognizing individuals for distinguishing themselves in different local and international sporting activities.

The awards which cut across the various sporting disciplines saw some members of the female hockey team who participated in the Africa Cup for Clubs Championship in Zambia last year, take home plaques and certificates.

Mr Kudalor congratulated the sportsmen and women for the honour they had brought to themselves and the police service as well as the nation. 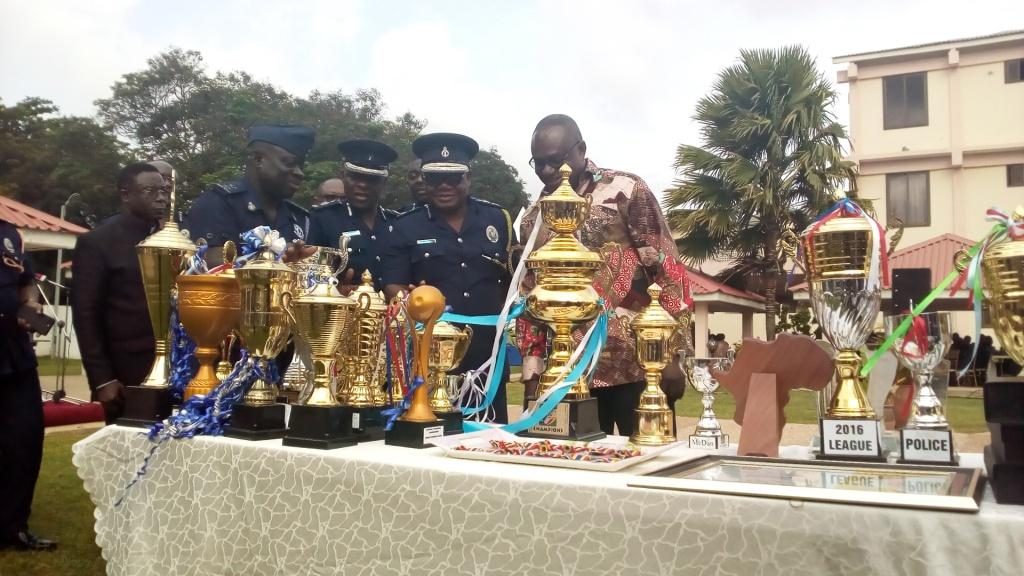 Mr Kudalor used the occasion to make a passionate appeal to the Ministry of Youth and Sports to revive the Security Services Sports Festival (SESSA) Games to rekindle the competition among the security services to boost sports in the country.

He further appealed to the government to support the service financially in sponsoring its sportsmen and sportswomen to participate in international competitions and also suggested the setting up of a special fund specifically to develop Sports in the Police Service.

In an interview with GNA Sports, Constable Nafisatu Umaru, winner of the 41st MTN SWAG Female Hockey Player of the Year noted with joy how the recognition would propel them to higher heights.

“It is a very good feeling for me today, as a sports person it has always been my dream to be recognised.
“We have to maintain our standards to win  more awards and recognitions. This will encourage others to partake in the various sporting disciplines in the service.

Captain for the Police Service Female Hockey Team, Inspector Rejoice Noi, who was given a certificate for long service and dedication to duty as a hockey player also noted that all the awardees are very much excited and looking up to win more laurels for the service and for themselves.

The volleyball team which played in the Africa Zone Three tournament in Yamoussoukro, Cote d’Ivoire in August 2016 were also awarded as well as Members of the women football team who placed second in the southern sector national league and won the maiden Sanford knockout competition this year.