Actress Tippi Hedren has claimed Alfred Hitchcock sexually harassed her while they worked together in the 1960s.

Writing in her autobiography, she claimed the director “threw himself” on top of her in the back of his limousine and tried to kiss her.

The actress described the encounter as “an awful, awful moment”.

Hedren added that she didn’t tell anyone because “sexual harassment and stalking were terms that didn’t exist” in the early 1960s.

She continued: “Besides, he was Alfred Hitchcock, one of Universal’s superstars, and I was just a lucky little blonde model he’d rescued from relative obscurity. Which one of us was more valuable to the studio, him or me?”

Hedren appeared in The Birds in 1963 and the following year starred in Marnie – both of which were directed by Hitchcock.

The actress, now 86, made the claims in her autobiography Tippi: A Memoir, which is published in November.

She has spoken in the past about the director’s alleged treatment of her, but has gone into more detail in the memoir.

Hedren described a later encounter in Hitchcock’s office where the director “suddenly grabbed” her and “put his hands” on her.

She wrote: “It was sexual, it was perverse, and it was ugly, and I couldn’t have been more shocked and more repulsed.

“The harder I fought him, the more aggressive he became. Then he started adding threats, as if he could do anything to me that was worse than what he was trying to do at that moment. 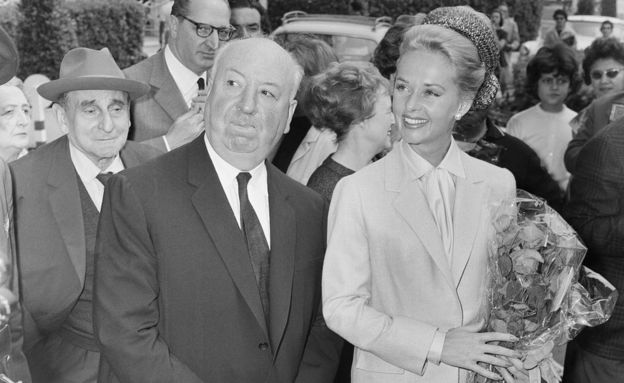 After refusing his demands, Hedren said Hitchcock “looked directly into my eyes, his face red with rage, and promised, ‘I’ll ruin your career.'”

The actress said Hitchcock then made her life difficult, refusing to submit her work for the Oscar nominations or let her take on other acting roles while he still had her under contract.

Hedren, whose daughter Melanie Griffith is also an actress, said: “I’ve made it my mission ever since to see to it that while Hitchcock may have ruined my career, I never gave him the power to ruin my life.”

She went on to say that, despite his treatment of her, she felt “a wave of sadness” when he died in 1980.

“It surprised everyone that I went to Hitchcock’s funeral,” she wrote, adding: “As far as I was concerned, there was no unfinished business between us, nothing more that needed to be said.

“I’d already healed and moved on by the time Hitchcock died, far past anything I’d ever imagined for myself. So in the end, I was there to say, ‘Goodbye, and thank you, Hitch.'”