The Ivor Kobina Greenstreet-led Convention People’s Party (CPP), is poised to win six out of the 31 parliamentary seats in the Northern Region.

In addition to the Kumbungu Parliamentary seat, which is the only one occupied by the party nationwide, it is also keeping an eye on the Sagnarigu, Mion, Yunyoo, Tatale and Salaga South seats.

The incumbent Member of Parliament, Moses Amadu Yahaya, won the Kumbungu seat through a bi-election in 2010.

As part of a calculated strategy to win more parliamentary seats, the CPP has majority of its Parliamentary candidates for the 2016 elections selected from among the youth in the Northern Region.

In view of this development, the CPP appears somewhat attractive to some electorate willing to vote for the party on December 7. 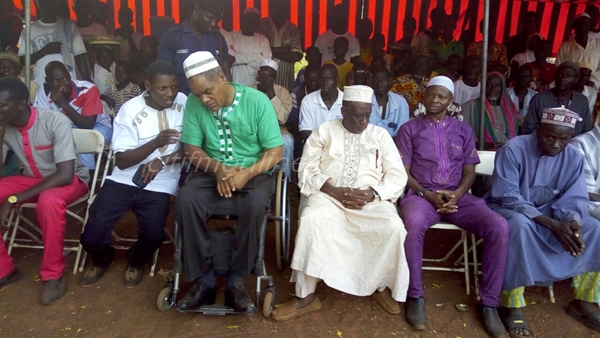 Realizing the party’s chances of winning more Parliamentary seats in the Northern Region, the CPP Presidential candidate, Ivor Kobina Greenstreet, is on a rigorous one-week campaign tour of the area.

His catchy campaign message is positive change of government for improved living conditions.

Addressing a rally at Nantong, he promised to complete the Tamale-Nantong, Savelugu-Nantong and some identified feeder roads.

He pledged the party’s loyalty to build an ultra modern health facility to cater for the health needs of residents of the area. He assured smallholder farmers of subsidized farm inputs to enable them commercialize their farming activities.

Ivor Kobina Greenstreet promised women in the Nantong constituency stimulus packages and modern markets. He said all his campaign promises  would be achieved only when the CPP is voted into office on December 7.

Ivor Kobina Greenstreet made similar promises at a rally in the Savelugu constituency. He told an enthusiastic crowd there that the next CPP administration will revamp the shea industry.

He said shea processing plants will be dotted across the region to make it compete with cocoa production. He emphasized the need for the electorate to change position at the polls, by rejecting the National Democratic Congress (NDC) and the New Patriotic Party (NPP).

He is convinced the two main political parties have nothing new to offer Ghanaians, hence their juicy campaign promises ahead of the December 7 polls.

Ivor Greenstreet, who sits in a wheelchair, has earned the overwhelming endorsement of Persons with Disabilities (PWDs) wherever he goes.

The PWDs attended rallies organized in their constituencies and have vowed to vote for the CPP.

The CPP Presidential candidate has been blessed by traditional rulers of the constituencies he has so far visited in the Northern Region.