Some Ghanaian actors and actresses on Friday gathered at the forecourt of the National Film and Television Institute (NAFTI), to celebrate the life of veteran actor, Henry Hale Kofi Middleton-Mends.

Henry Hale Kofi Middleton-Mends died in August this year, after a reported kidney failure at the age of 77.

He was a respected actor well-known for his catch phrase, “Sarah, my socks” and a Key Soap television commercial.

The late Kofi Middleton-Mends was formerly a lecturer at the National Film and Television Institute (NAFTI) and the University of Ghana.

A burial service was held for him at the State House in Accra on Saturday, as family and friends paid their last respect to the late actor.

The actor had been battling with kidney failure for about two years before giving up the ghost at the Korle-Bu Teaching Hospital.

Renowed players in Ghana’s movie and television industry paid glowing tributes to the late Henry Middleton-Mends when news of his death broke. 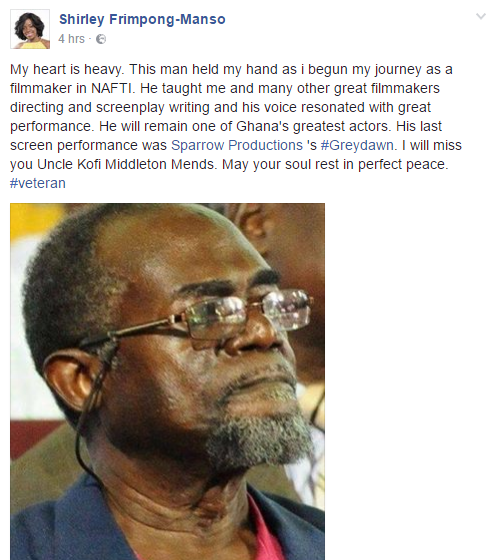 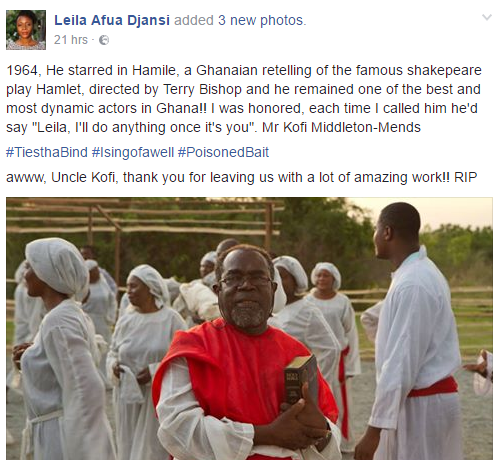 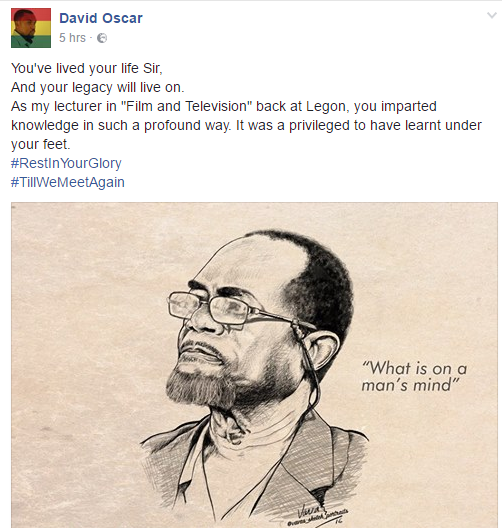