The group behind the ‘Gandhi Must Fall’ movement has welcomed government’s decision to relocate the statue of Indian independence leader Mahatma Gandhi from the University of Ghana campus.

The statue was recently  defaced by some unknown persons  on Monday.

Government through the Ministry of Foreign Affairs and Regional Integration on Wednesday [October 5] said it will move the statue from the University of Ghana campus to ensure its safety.

In a statement, the Ministry described as “unfortunate verbal attacks”, allegations of Mahatma Gandhi being a racist not worth honoring with a statue.

It said the comments are an “attack on an Indian Nationalist Hero and icon who is revered and cherished by over one billion people who are either citizens of India or persons of Indian decent.”

Adding that, the comments and agitations against the situation of the statue on the University campus had the potential of creating disaffection for Ghana at the level of Government relations and Ghanaians across the world.

The ‘Gandhi Must Fall’ movement, made up of some professors and academics from the University of Ghana launched an online petition to have the statue removed from the campus because “Gandhi was a racist and if there should be statues on our campus, then they should first be African heroes and heroines, who can serve as examples of who we are and what we have achieved as a people.”

She told Citi News’ Caleb Kudah “I am happy the statue will leave the University of Ghana campus. Am curious to know where it will be relocated to and if necessary we’ll ask further questions.”

Government is yet to make public when the statue will be removed from the campus and where it will be relocated to.

Meanwhile, the University of Ghana has assigned a security personnel to protect the statue from further attacks ahead of its final removal by government. 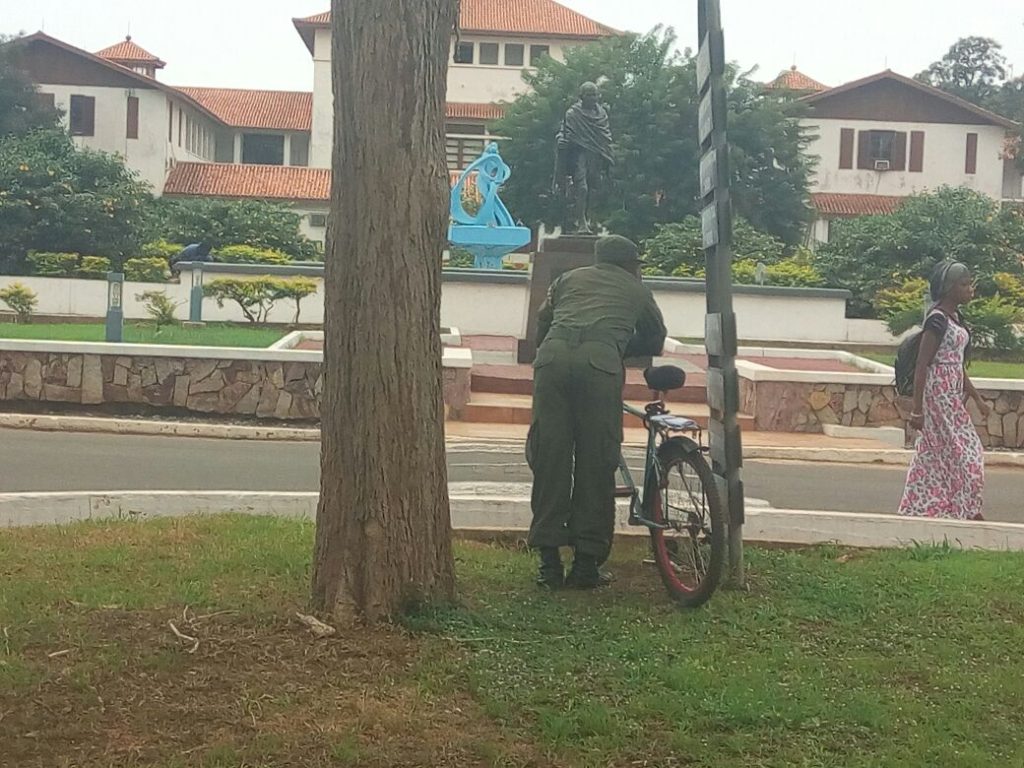 Ghana’s former High Commissioner to India, Professor Mike Ocquaye, has earlier described as unnecessary demands for the demolition of the statue.

According to the professor of political science and lawyer, a decision to demolish the statue might have implications on diplomatic ties between Ghana and India.